I commented about my increased dependence on window managers in my iMac Pro review. I’m split between two applications: Keyboard Maestro which has more detailed control and Moom which has a better interface. I may settle on one eventually but for now I’m ok bouncing between them.

Keyboard Maestro has some really great actions for moving and resizing windows. There’s the basic stuff like just going full screen, but the actions also support calculated values for the dimensions and locations. The Keyboard Maestro documentation lays out most the features. 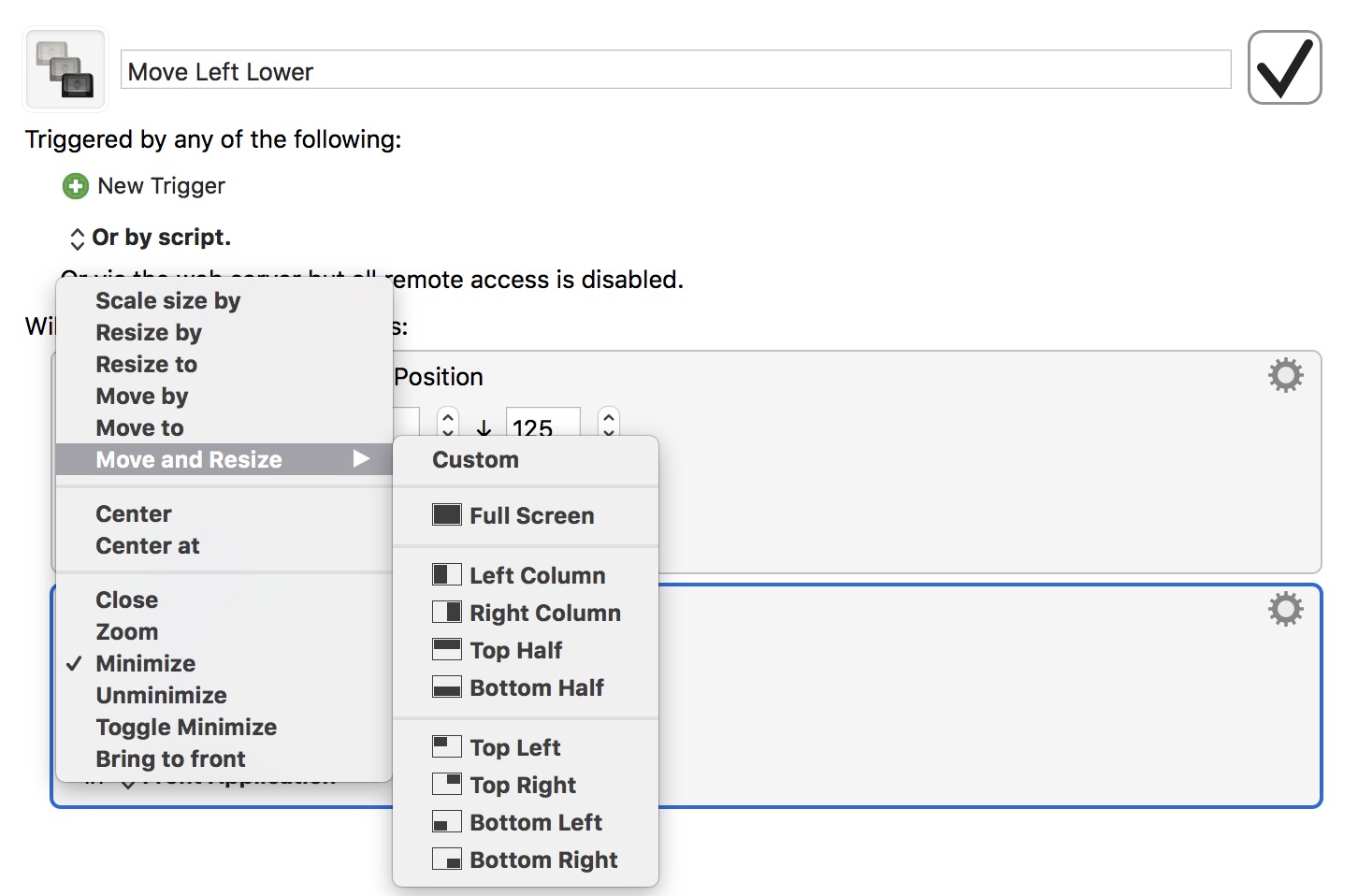 This macro centers the current window on the screen and highlights some of the Keyboard Maestro window calculation options. 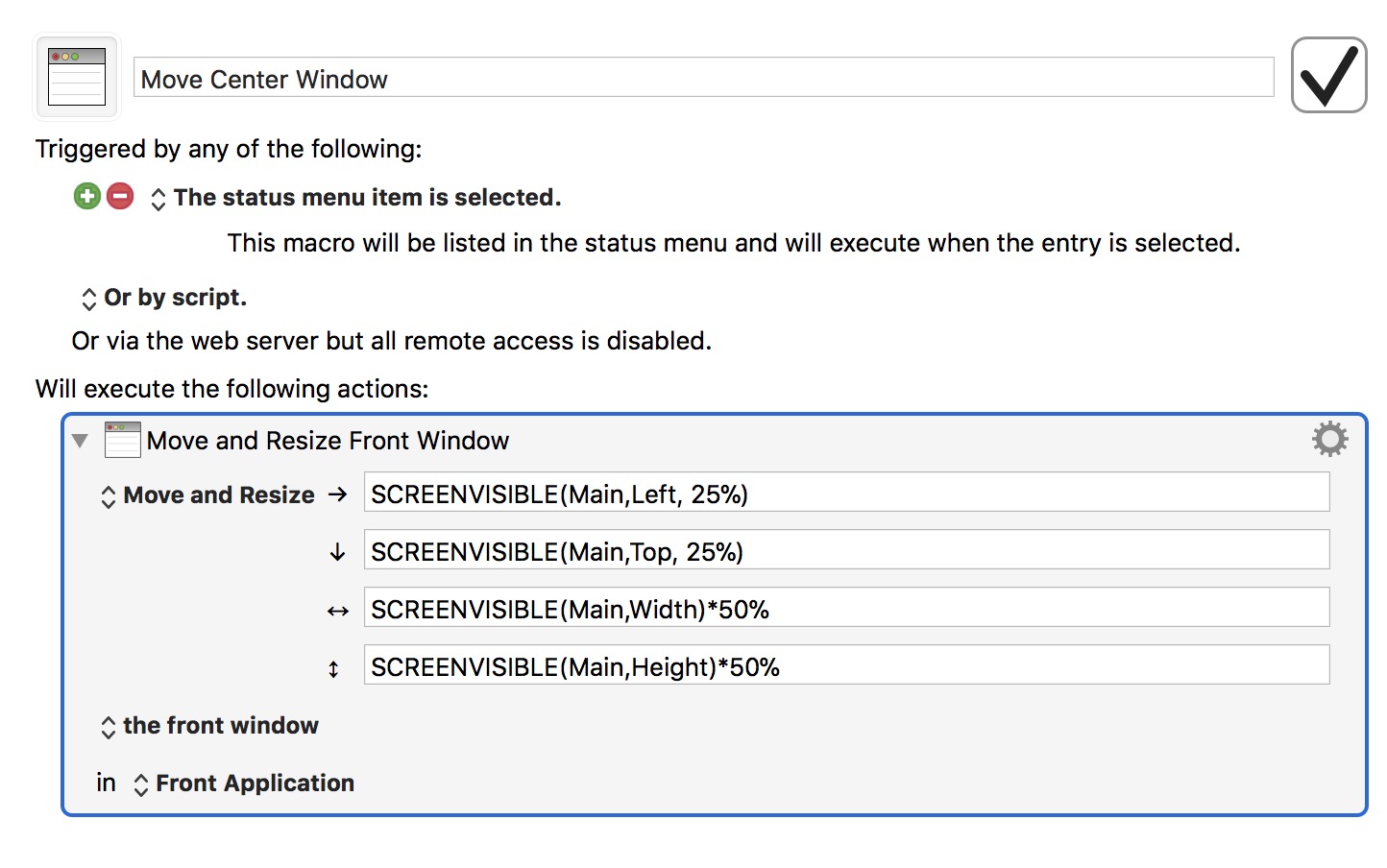 If you want to quickly see what the window coordinates are at various locations on the screen, use the variable action and assign the window frame value to it. The variable updates dynamically as you move the KM window around.

I’m using a Keyboard Maestro “Trigger by Name” macro to pop up a control window where I can start typing “move” and see all of the macros for window control. 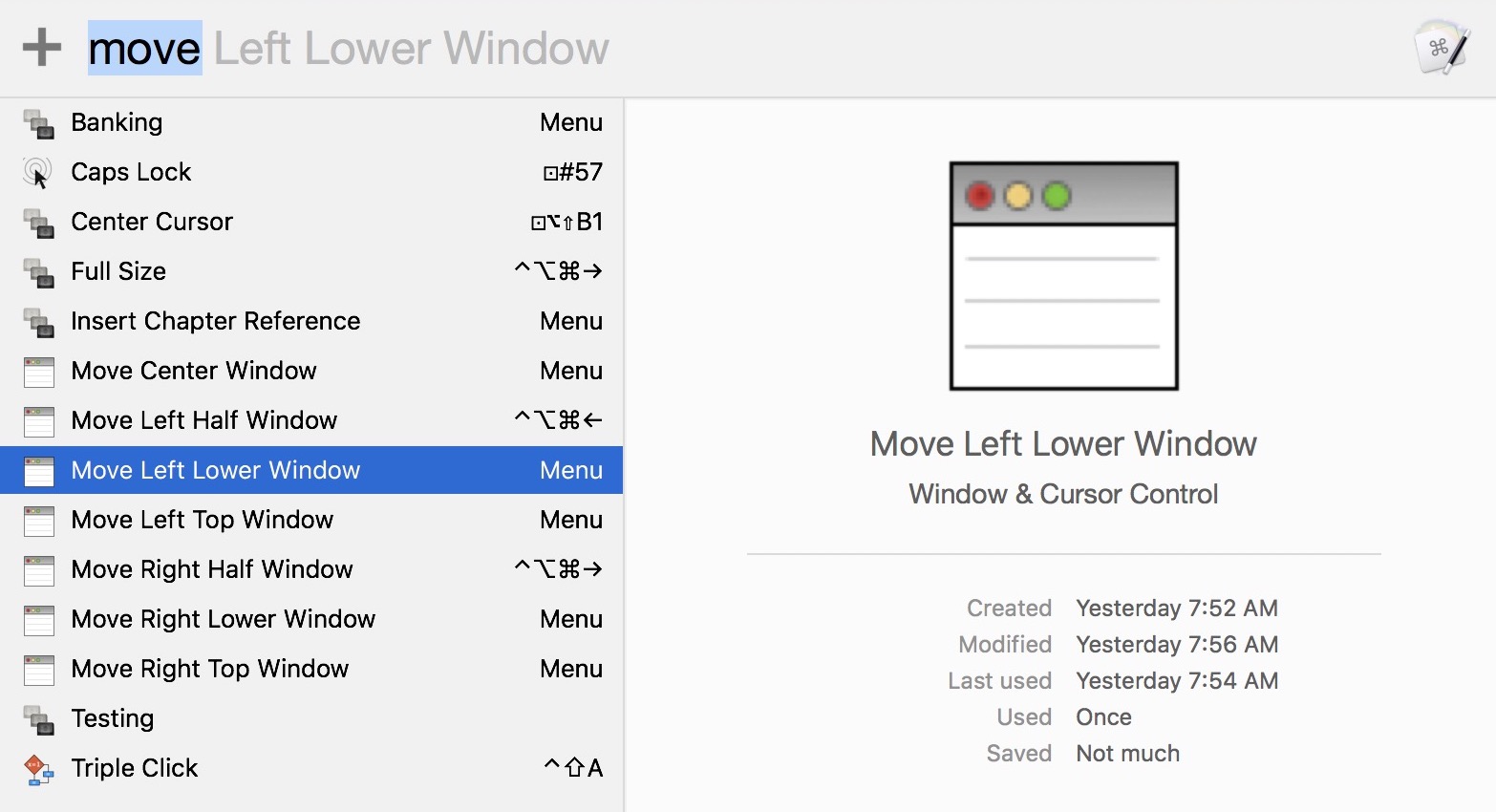 One tip here is that “Trigger by Name” only works for macros that are set to be triggered by the status menu. It’s a good way to keep from cluttering up the list.

I’ve used Moom for many years. Here’s an article from 2012 if you need some background. It’s a great app 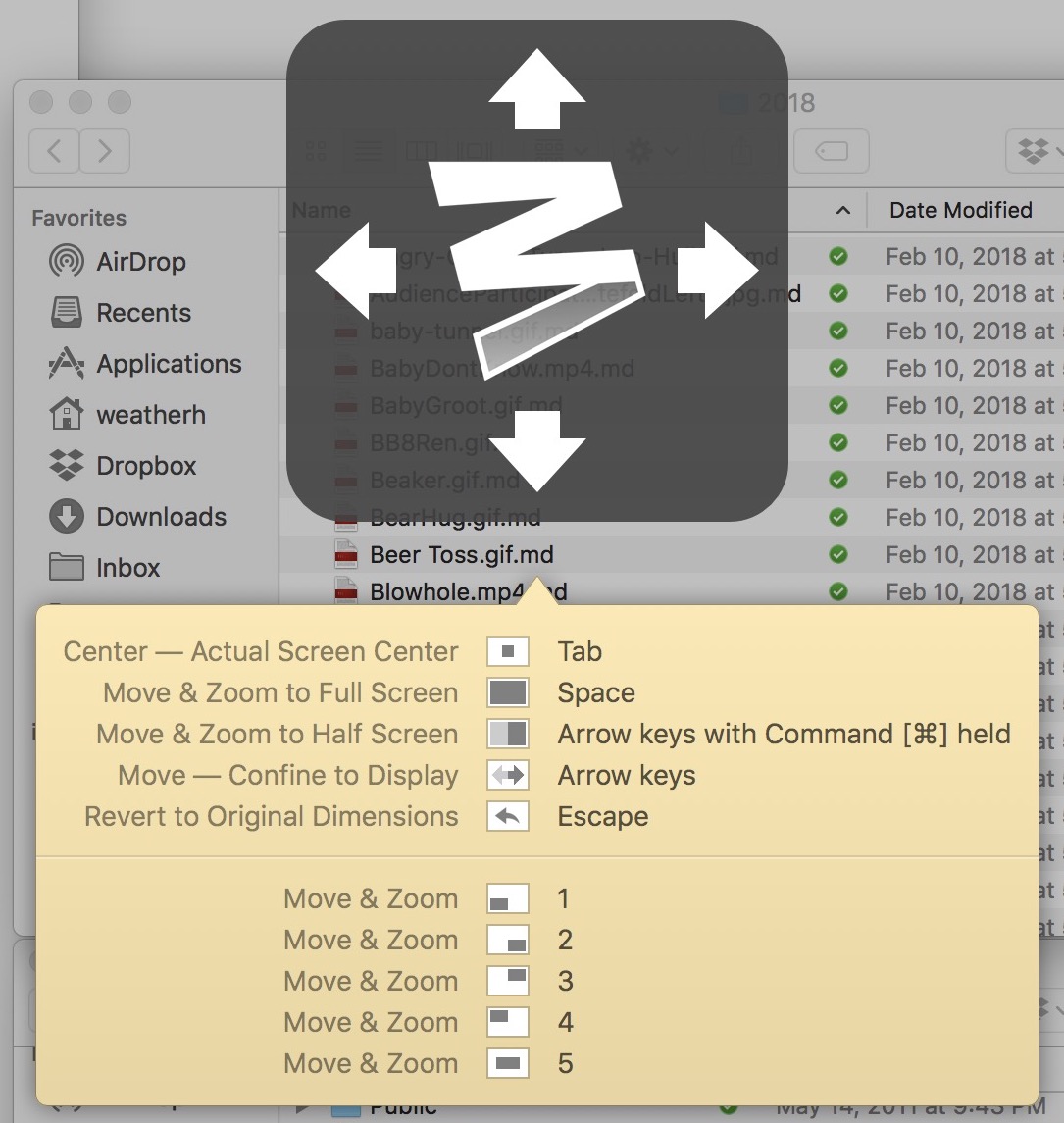 One of the neat tricks with Moom is saving a collection of windows as a “snapshot.” I use this for the Finder where I often want three small finder windows aligned on the right edge of the screen. It reminds me a lot of Path Finder saved tab sets. Moom will not open the Finder windows for me, but if I have three already open it will align them how I want. 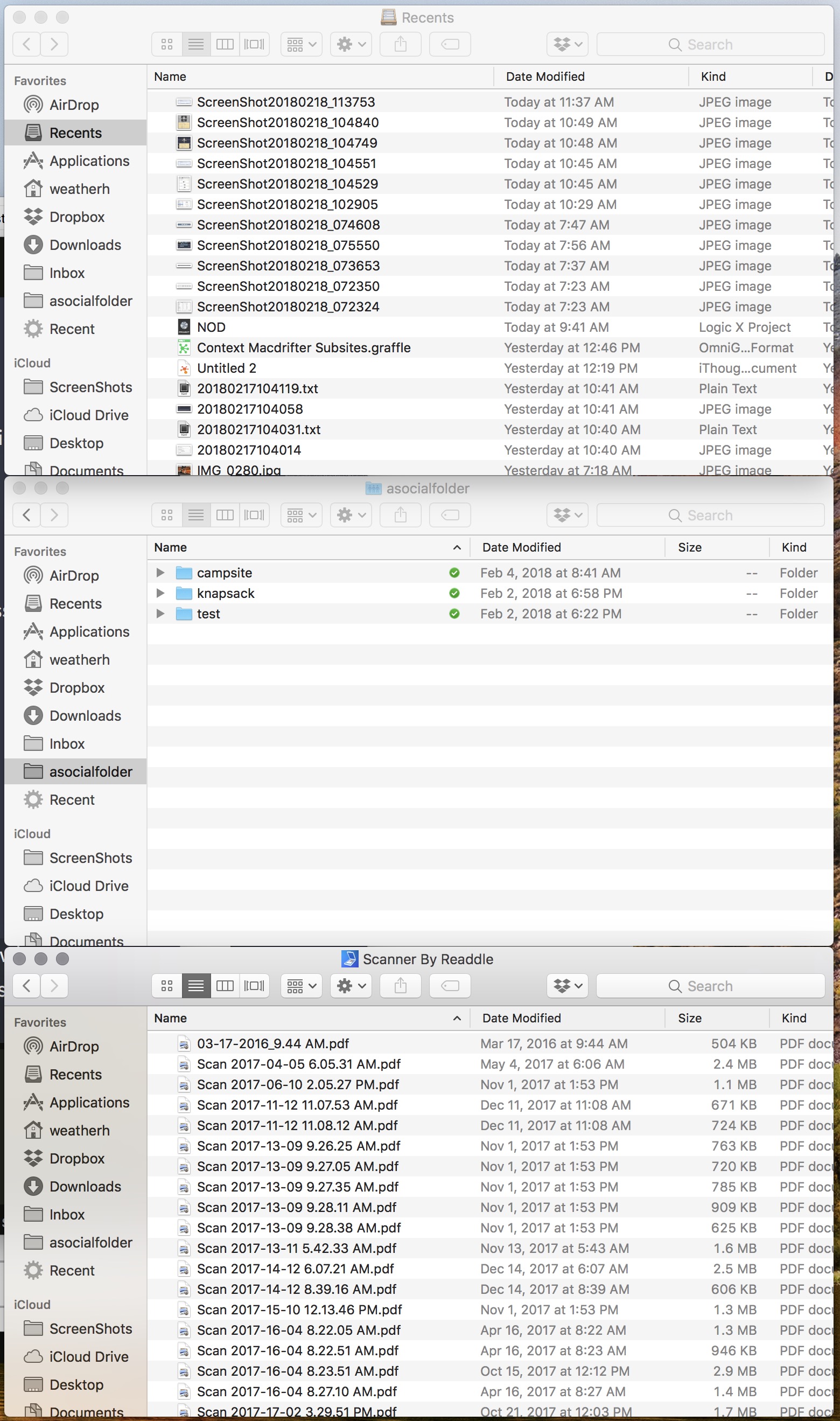 Moom has some extra detail control if I’m willing to use my mouse. Hover over the activation corner and I can choose to resize according to a hexagon grid. I honestly have no idea why it’s based on hexagons but after a few days of using I don’t care. Drag the mouse cursor to select some hexagons and the window snaps into the position and size that matches. 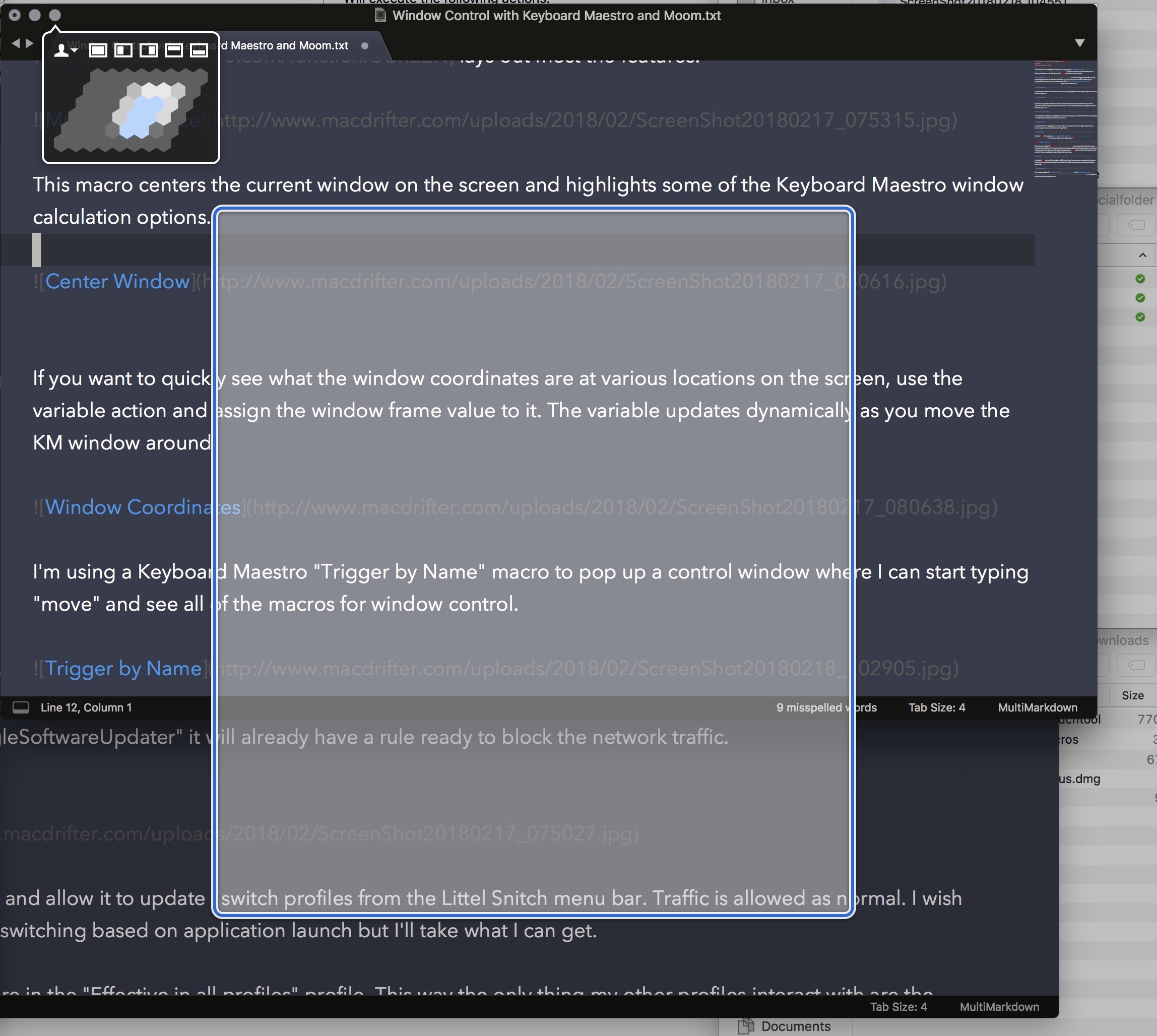 The hexagon grid feels faster than the full screen option. 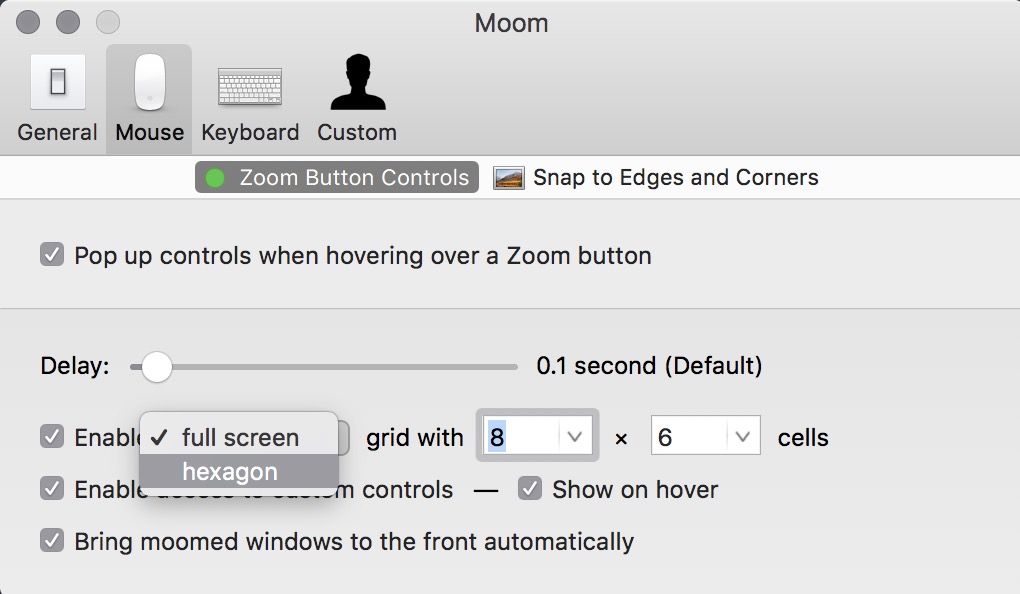 If you’re already a fan of BetterTouchTool or their Window Snapping application there are plenty of good options there too. I don’t think either of them is better than Moom or Keyboard Maestro but they are all very good.