I have a confession: I can’t remember all of my hotkey combinations and I waste a lot of time repeating mundane tasks. Between macOS, Keyboard Maestro, Moom, Alfred, and every little app shortcut, I simply can’t keep them top of mind. Here’s what I can remember at this moment:

Those are really handy shortcuts. The handiest. But it’s only 10% of the tricks under the hood. Which might be why I’ve grown to really like the command palette mode in the new generation of apps. It’s probably why I like Alfred so much, even if I wish it had better alias and fuzzy matching. Obsidian fits this model too. I hit CMD-P and start typing the action I want to take and get a short list of similar commands. It’s slower than a dedicated hotkey, but it takes up much less of my meat-RAM, which at this point is the most expensive part of my setup. 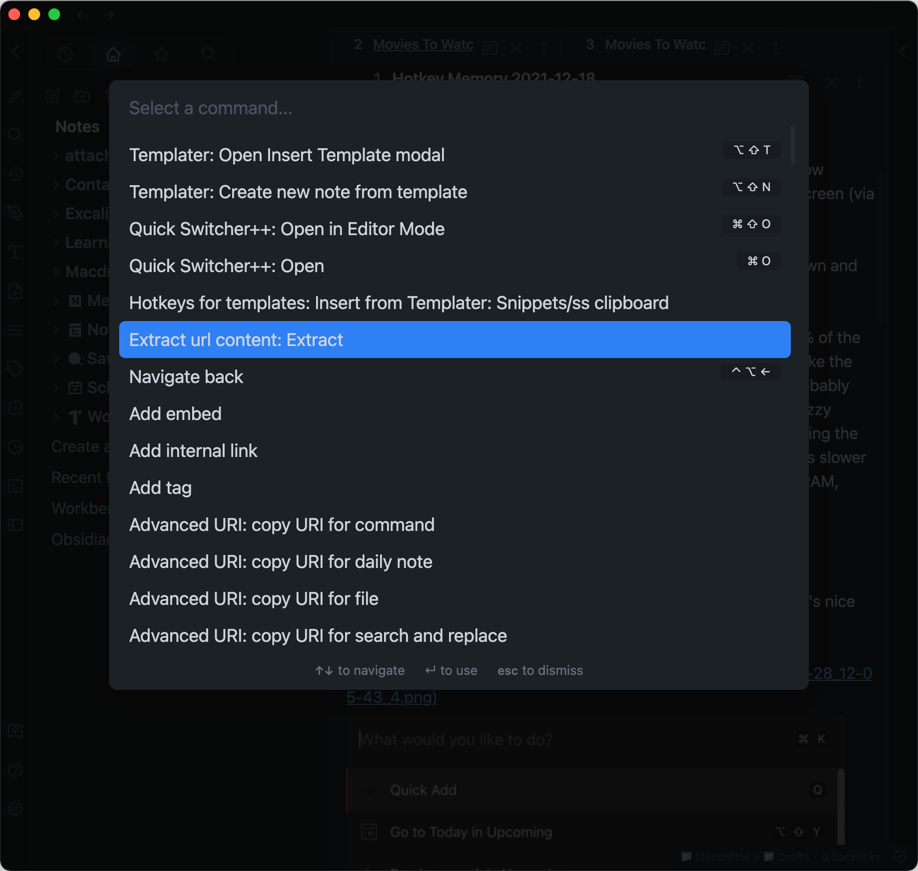 Obsidian goes the extra mile and supports alternative command palette plugins and options like pinned commands that remain at the top of the list.

Todoist also now has a command palette triggered by CMD-K. It’s nice and now it’s the way I use most Todoist commands. 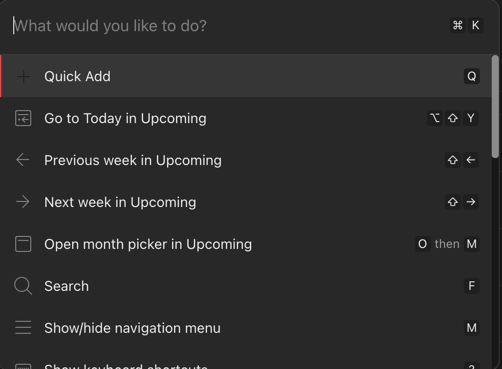 I’m trying a new Alfred and Spotlight alternative called Raycast. It leans on the command palette model pretty heavily and I like that. 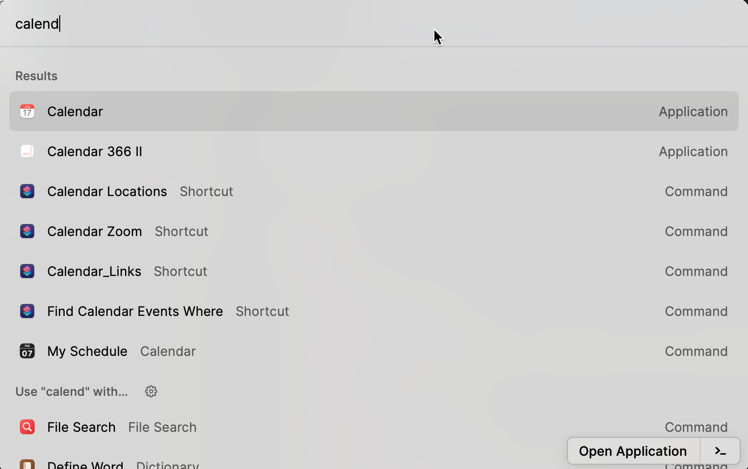 Honestly, I can’t believe Shortcuts doesn’t work better with Spotlight. Or maybe I can believe it. It sure would be nice for my Shortcuts to show up in Spotlight instead of a bunch of random app suggestions from the Mac App Store. Raycast immediately became more useful than Spotlight by including my Shortcuts in the list. Compare that to what Spotlight suggests: 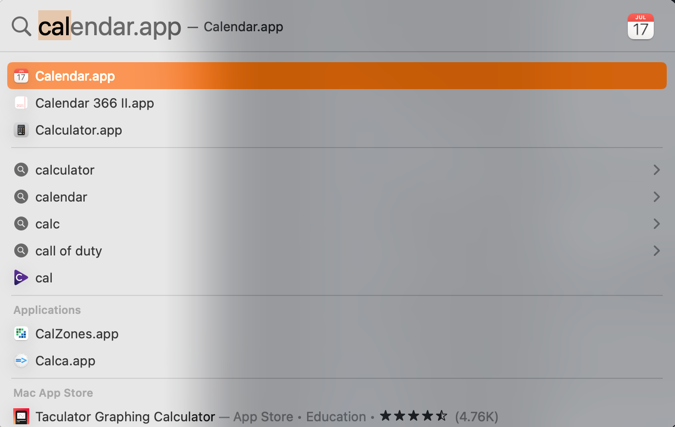 Keyboard Maestro has had a global command palette options for years. It’s a good way to trigger macros by name. 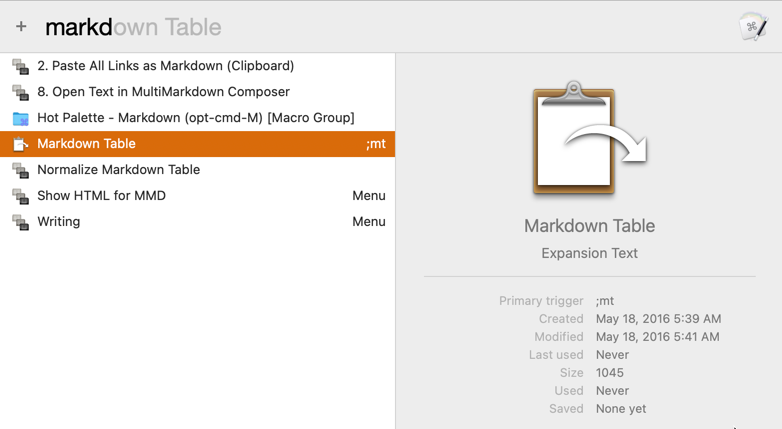 It’s easy to setup this kind of Keyboard Maestro feature. It’s one action. 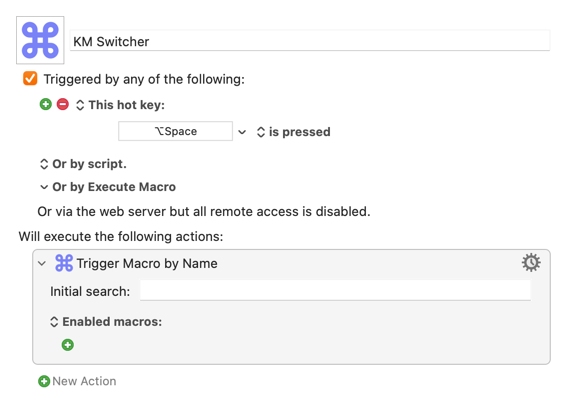 I’ve also rigged up an Elgato Stream Deck to trigger hotkeys I can’t memorize. It’s a handy little accessory even if it’s not mission critical.

Maybe it’s my age, but I’m thrilled with this new trend that relies less on memorization and more on semantics. I look forward to macOS modernizing Spotlight making it more than the fourth best search tool on my Mac. Apple could make Spotlight the command to control all the rest by giving mac developers better frameworks to hook up to. They can even use some of my idle CPUs to better understand the context of my request with some of their machine learning being wasted on my photo albums.