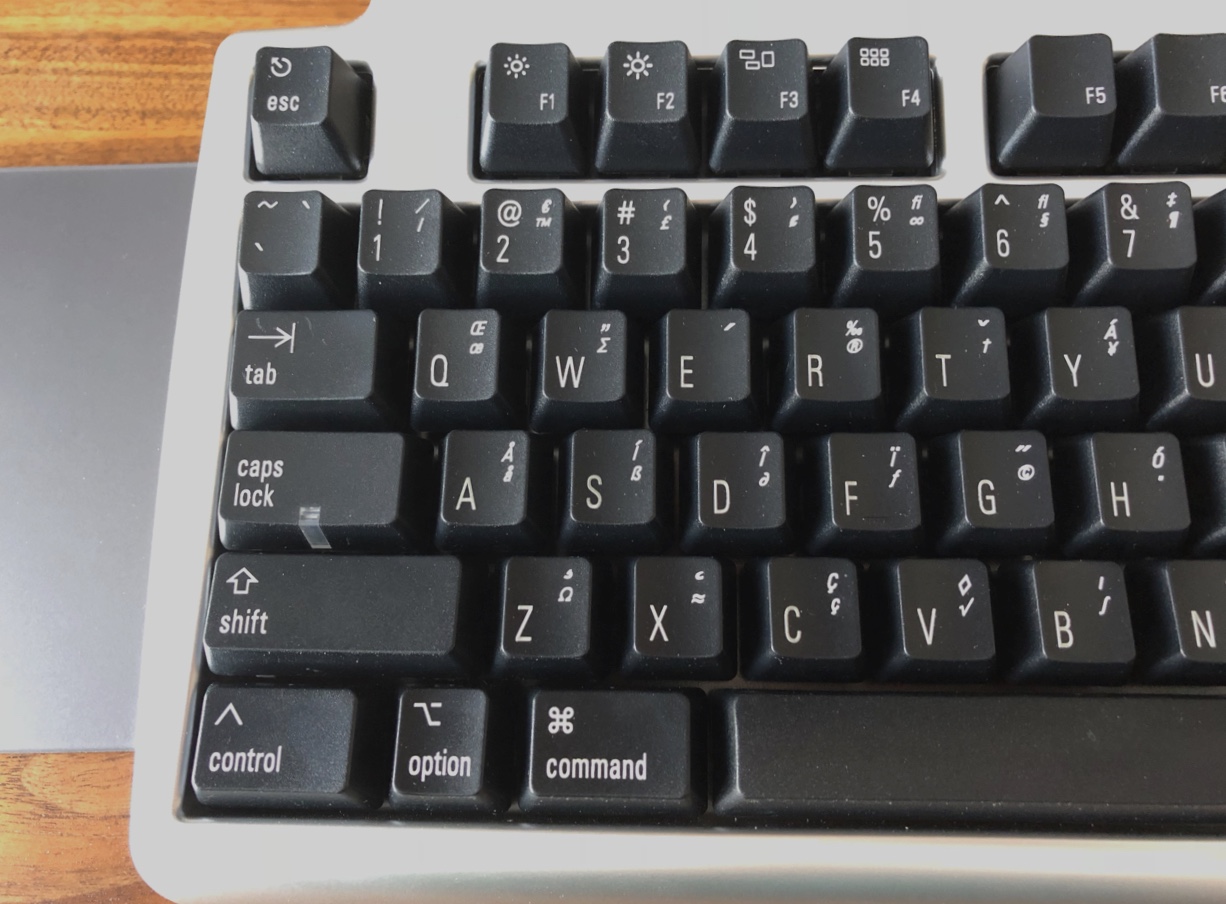 The value proposition of the Matias Laptop Pro Keyboard:

If you’re still interested, here’s my review of using the keyboard as a replacement for the Apple wireless keyboard.

The Matias keyboards are more like Apple Extended Keyboards than the Cherry or Brown switch keyboards that are all the rage these days. I think that’s a good thing but it’s really personal taste. It’s definitely not for someone that likes low-profile (and low travel) keyboards like on the MacBook or the modern Apple wireless keyboard. If you don’t like coffee then it doesn’t matter which beans I like, you still won’t like coffee. 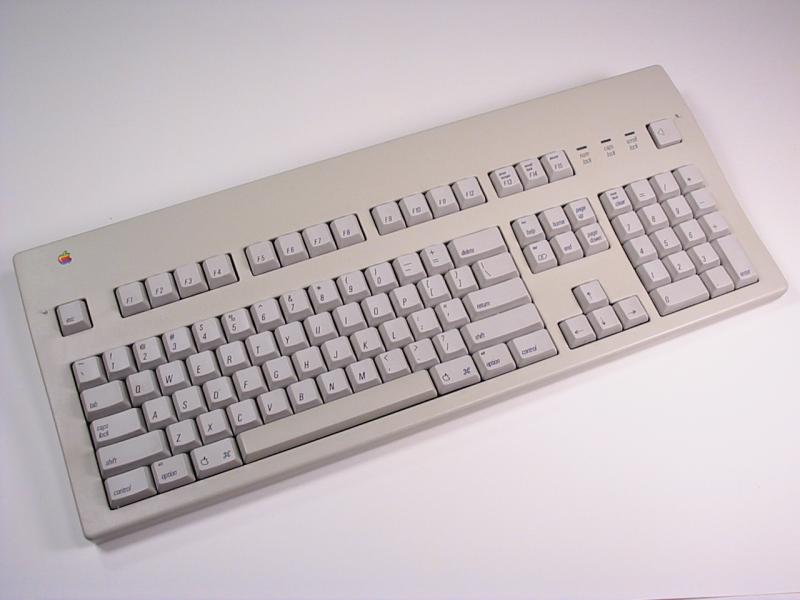 I’ve used a Das Keyboard with MX Blue keys for several years. I also loved my CODE keyboard from WASD with Cherry MX Clear keys. I currently use a very nice USA Majestouch MINILA Bluetooth keyboard with Cherry MX keys every day at work. I was also perfectly happy and equally proficient using the key types in the Apple aluminum keyboards or the Logitech Solar K750. This review is about the Matias Laptop Pro keyboard. They make other variants like their traditional corded Tactile Pro 4. I considered the gamut of keyboard styles with the following criteria.

I wanted a wireless keyboard for my VESA mounted iMac Pro. One of the main benefits of mounting the iMac is the option to push the entire setup back out of the way when I want to work at my desk.1 A wired keyboard would just be annoying. Of course it needs to last more than a week on a charge.

I prefer Ten-keyless keyboards. The smaller the better. I like how close the arrow keys are to the space bar on smaller keyboards. It also makes it much more practical to have a mouse on the right of the keyboard. I’ve used a 60% keyboard and they are a bit too small.

Apple control keys are nice but not a requirement. I could use Keyboard Maestro to map volume control and Mission Control to F-keys but it’s better if they already work.

Who can survive without proper F-Keys? I need at least F1 through F12. More is better but that’s the minimum.

And now we get to the actual keys. I can type on most anything but I do love the feel of a good mechanical keyboard. The key travel just feels more comfortable to me. I beat the hell out of my keys and they need to hold up to that kind of abuse. Better than that, the need to perform better under that abuse.

I don’t mind the loud Cherry switched keys in my home office. However, I do record a podcast and it can be a problem having clicky keys. A loud keyboard is also not compatible with conference calls. This is what drew me to the Matias Laptop Pro. Their keys are quieter but still have a good amount of click feel. Checkout their sound comparison page. That’s what finally convinced me. I also almost fell asleep listening to the key sounds on repeat. That should be a white-noise app alternative. The sounds of someone making something by typing on a good keyboard is very soothing to me.

Let’s start with the least important part of a keyboard: the appearance. I dislike the silver plastic case of the Laptop Pro. I think it’s meant to resemble the Apple MacBook Pro case but it doesn’t. It’s too shiny and makes the expensive keyboard look cheap. I do like the printed keys though. The explicit printed tertiary characters are awesome. The white print is actually off-white and looks nice right out of the box.

Let’s move to the keyboard size and shape now. It’s very thick at over one inch. I can’t tell if this was a design choice or a consequence of the large battery. It took a day or two to get comfortable with the keyboard. I think it might have actually improved my typing posture and forced me to hold my wrists up slightly. This could be uncomfortable for some people.

The diminutive width of the keyboard is great. One of the problems I had with the Apple Aluminum keyboard was that the arrow keys were too far to be used comfortably. But the real kicker was how much further away I had to position my mouse. With the Laptop Pro keyboard the arrow keys are right against the shift and return keys. My mouse is only a few inches from the right arrow key. This all feels more efficient to me.

The keyboard is heavy. While it can be paired with an iPhone it also weighs 2.5 pounds. It’s not what I would call a portable keyboard. That weight comes with a benefit. The battery is reported as having an uninterrupted typing time of 1600 hours and a standby time of two years. The keyboard also stays put on a desk even with gorilla hands like mine pounding away at it. The weight is a feature.

Now for the keys. Oh these keys. 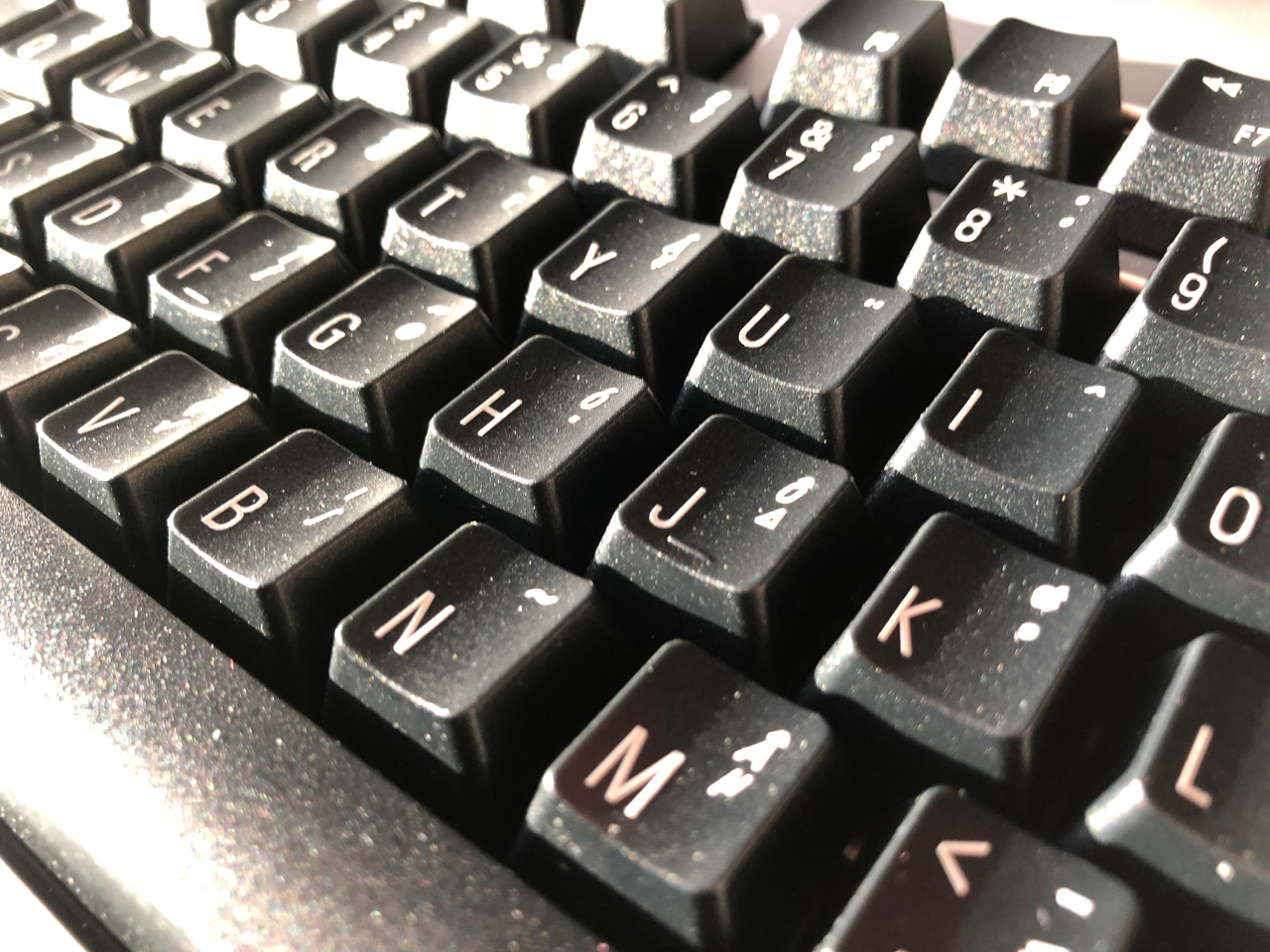 They feel great. The surface curvature of the keys is more extreme than an Apple Keyboard and feels more comfortable to me. When I write on my Macbook Pro I keep it tilted up at the back using a rubber dingus. The Laptop Pro keyboard has a good amount of key pitch so I can rest my thumbs near the space-bar and still have my fingers relatively close to the home keys. It’s better than my Macbook Pro.

The travel on the keys is terrific. It’s listed as 3.5 mm. That sounds small but it feels huge when typing. The Alps-like keys have a nice compression profile. There’s a fraction of a millimeter travel before there’s resistance. I push through that resistance with a bit of a click to register a key press. I have very few accidental key presses on this keyboard. There is no key bounce either, which is important on a keyboard that requires a little more force.2

There’s a slight “wiggle” to each key. I’ve used keyboards that have no play in the keys and they result in missed keys. The lateral play in the keys might make someone less experienced think they are cheap. They are not. The movement means the keys are forgiving when your finger only lands on the edge of the key.

The force profile of the Laptop Pro is around 60 grams which is right around a Cherry MX Brown or Clear switch. These feel clicky without sounding too clicky.3

There aren’t a lot of extras on this keyboard. There are two USB ports (one on each side) that can charge external devices while the keyboard is connected by a USB cable. These are not data connections and can only be used for charging. The back has a power switch that plays double duty to pair the keyboard. 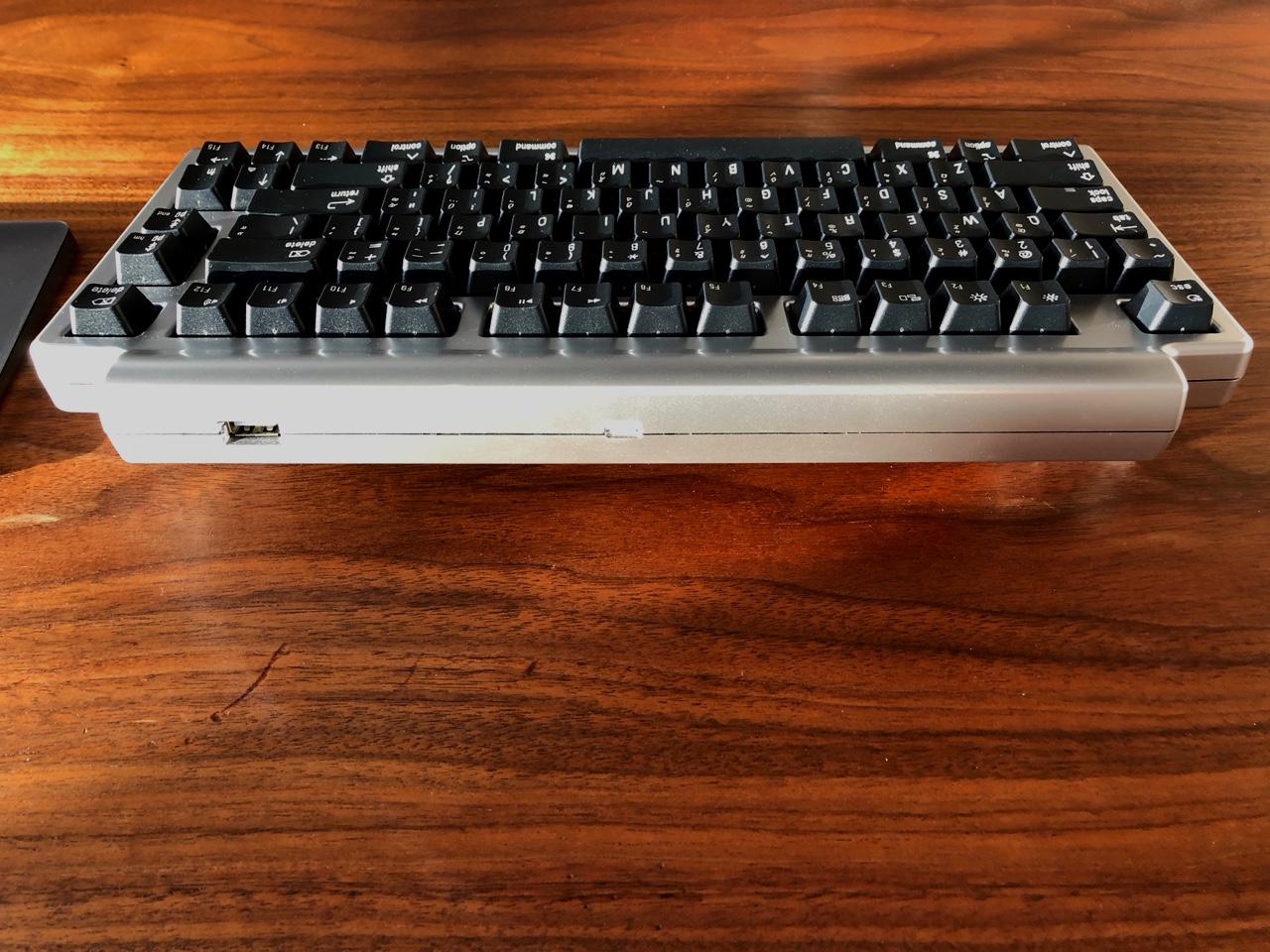 It’s not terribly portable since it weighs 2.5 lbs but the battery lasts for hundreds of hours.

It’s quiet but still louder than most people are comfortable with. I wouldn’t take this keyboard to Starbucks for work any more than I would take my shoes off on an airplane. Don’t be a monster.