This is a short comparison of two excellent Thunderbolt docks for the Macbook Pro.

The OWC Thunderbolt 3 dock is currently $360 on Amazon. ^spacegrey

The CalDigit TS4 Thunderbolt 4 dock is currently backordered for $380 at B&H Photo.

^spacegrey: Strangely the Space Grey version of the dock is almost $100 more. Thanks, Apple.

My top requirement for any dock is that a single cable connects it to the Macbook. That’s the dream of Thunderbolt and it has been delivering for me with the new docks. I plug my ethernet, display, scanner, and a large number of random peripherals into the dock and plug one Thunderbolt cable into the Macbook. I get the portability of a laptop with the connectivity of a desktop.

Side Line About Cables

There’s a lot of chatter these days about what a mess the Thunderbolt cable market is. Most Thunderbolt cables aren’t even labeled if they are TB3 or TB4 or just UCB-C charging. Worse yet, many that come with devices aren’t very good for data at all. I’ve settled on these Maxonar Thunderbolt 4 cables from Amazon .

A four foot cable is under $30 at Amazon. The cables are hefty, and have fabric braiding the entire length. There are plenty of other good Thunderbolt 4 cables out there but I like these and they haven’t failed yet.

Other than the CalDigit TS4, I don’t think I have any other Thunderbolt 4 peripherals. Yet. I suspect that the next generation of external drives will lure me in soon. Until then, the major difference between the two docks in this article is in their other connections, not their performance. So, let’s jump to the payoff and look at the ports on both docks. 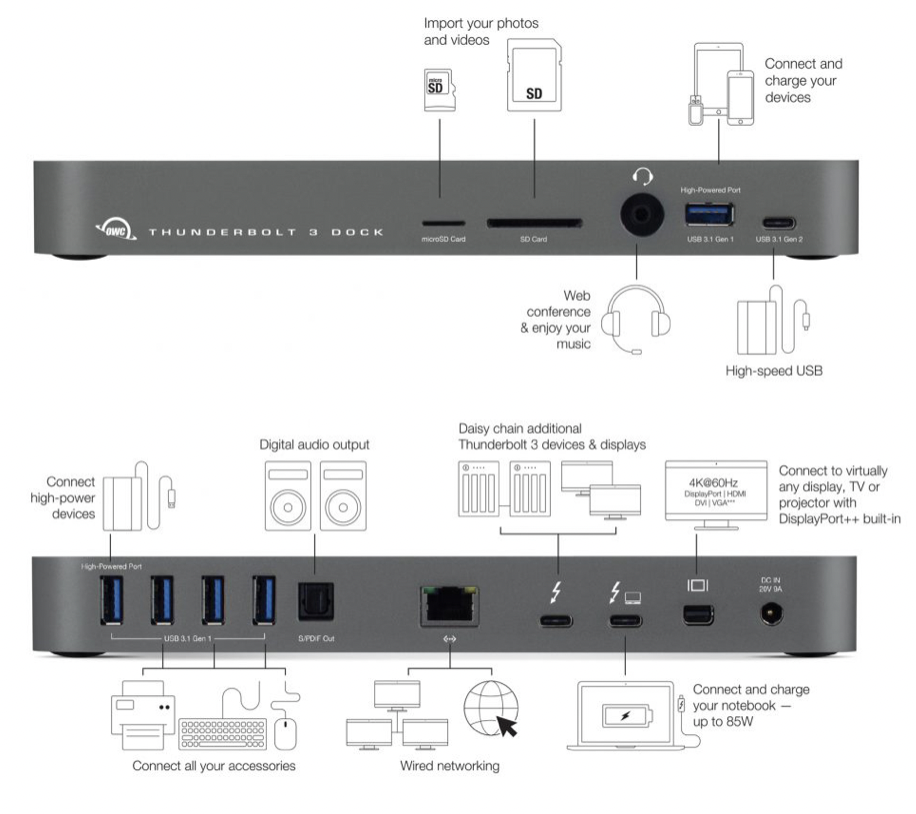 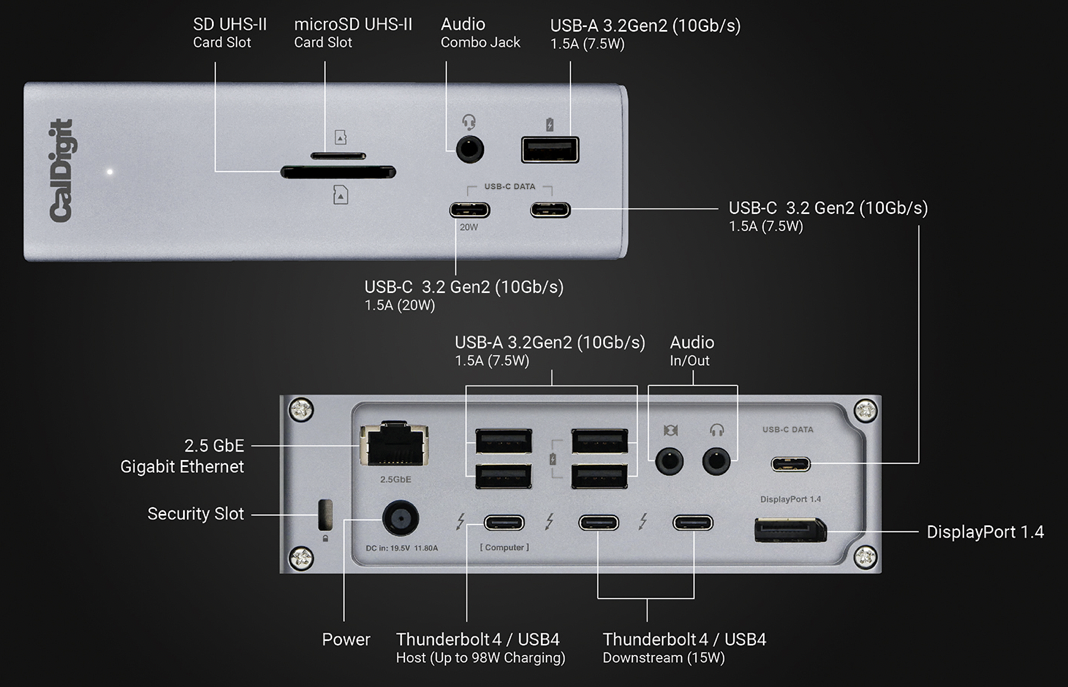 The quality of the OWC dock is superior to the CalDigit TS4. The OWC dock feels solid and heavy. It has a glass top panel with tight tolerances. On the other hand, the TS4 dock feels almost too light. The case has some slight flex to it. It’s not cheap but it also doesn’t feel high quality. I’d call it “fine”, as in “good enough.”

There was one other strange design decision with the CalDigit TS4: orientation. As you can see in the image above, all of the port labels are oriented for a horizontal dock while the logo is for a vertical orientation. This is minor except that CalDigit included optional rubber feet to use the dock in horizontal orientation. They slide in between the slotted case of the TS4 and look out of place. While my “DIY spirit” appreciates the option of making the dock work in two orientations, my “$400 lighter spirit” feels like it was an after thought that looks cheap.

The CalDigit TS4 has pretty much every port I think I need. It’s missing an HDMI connection, but the DisplayPort is pretty universal with the right adapter. I use a Thunderbolt connection to my display which allows me to use the USB-A connections on the display too.

I could write volumes about the new MacBook Pro. It’s fast, has ridiculously long battery life, and a gorgeous screen. While it has a good number of ports (finally), it’s still not enough as my primary computer. Once I hooked it up to an OWC Thunderbolt 3 dock I was completely satisfied with my new portable desktop. The CalDigit TS4 is a worthy, if not necessary, upgrade from the OWC dock.