My love affair with my Synology continues to get more serious every week. It’s a great NAS but I also really like the iOS apps.1 I figured it might be a nice to highlight what’s so nice about them, starting with DS File and DS Cloud.

DS File is like a file navigator on my phone. I can browse all of the content on my Synology from anywhere. I can access the files and add new files right from my phone. 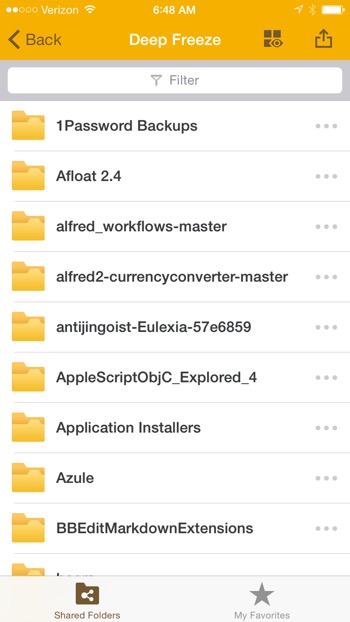 But it’s not a low budget app either. The file browser can play video, view photos, text and PDF files as well as play audio. Heck, it even supports viewing animated GIFs in the app. DS File is also a file manager for the Synology with options for moving, deleting and renaming files on the NAS, right from the iOS app without needing to use any data over cellular. 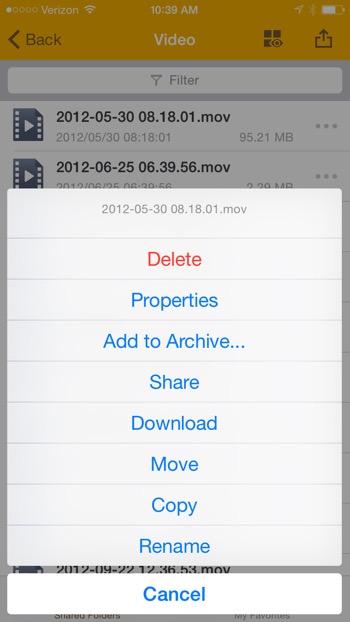 There are also some convenient sharing options in the app too. I can create a share link for a file or an entire folder and include automatic expiration for the links when I do it. 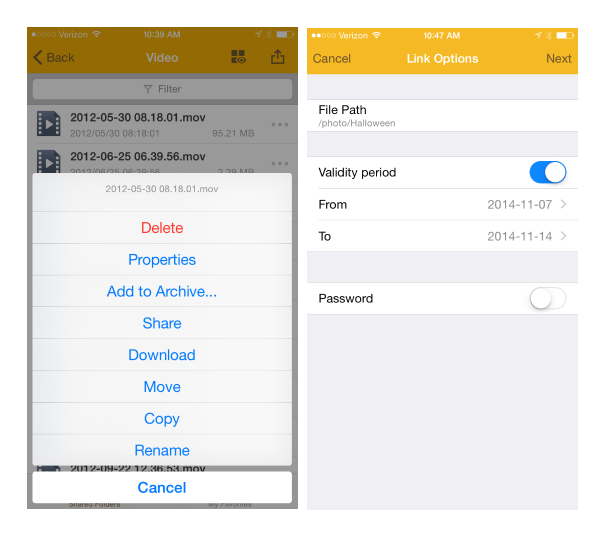 The links allow anyone with the URL to access the files for viewing but not editing and the files are accessed directly from my Synology in my closet, not a cloud service. Archiving creates a Zip (or 7z) file of the selection and it’s all done server-side on the NAS.

The latest update adds support for sharing between apps on iOS 8, which means I can select a file in one app and put it right on my network storage at home. Alternatively, I can store it locally in the DS File app on my phone and upload it to my NAS (or move it to another app) later. 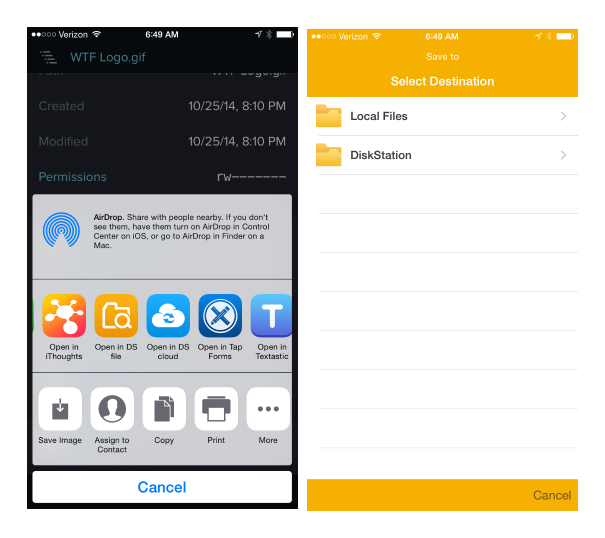 Let me put this into perspective. I have access to 9 TBs of files stored in a closet of my house from my phone while I’m at the airport. That’s amazingly ridiculous.

How is this better than Dropbox?

Everyone has their own value system. I like a couple things about the Synology DSFile service.

I really don’t think you need to be paranoid to appreciate the value in not depending on a third party service. The only time my Synology is unavailable, is when my Internet service is unavailable. That’s a different kind of wish. I’m comforted by knowing how my system works. I still use Dropbox plenty and pay a monthly premium for it. I already paid for my Synology to be a NAS. This is all gravy.

Because the files go to my NAS and not my Mac, I can store all kinds of stuff without wasting space on my Mac.

How is this worse than Dropbox?

There’s no integration with other apps, like Editorial for iOS. The DS File app feels slower and is much uglier than Dropbox. Automatic photo uploading is available in a separate (free) Synology app called Photo Station.2 I’d rather have it as an option in DS File.

While DS File is a remote file manager, DS Cloud Station is more like a personal Dropbox. It’s made for syncing content between computers using the Synology as the syncing source. The Cloud Station app for iOS is a nice supplement.

The Synology supports multiple Cloud Sync folders and the iOS app can sync with one or more of the configured destinations. Cloud Sync for iOS really is all about syncing data and not just messing with files. There are granular controls to customize what files get synced onto iOS as well as some great options for syncing over LAN and setting up geofencing for automatic background syncing.

Syncing with Cloud Station to my Mac is almost as quick as Dropbox when I’m on my own LAN. It’s delayed by just a couple seconds but the download is feels much faster than Dropbox. 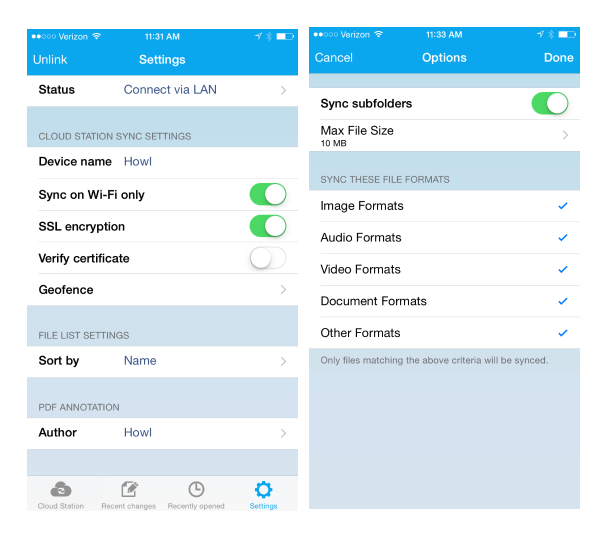 On the Synology server, there are some minor but important customizations to be made for the Cloud Station. For example, limiting by file size and extension. 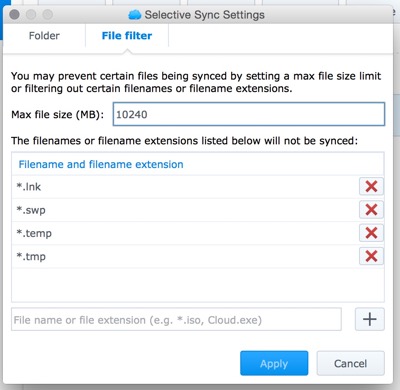 Working with files in Cloud Station feels much less clunky than DS File, because all of the files are right on the device. There’s no delay with refreshing and caching like there is with DS File. Accessing options with the Cloud Station app is also a lot easier. 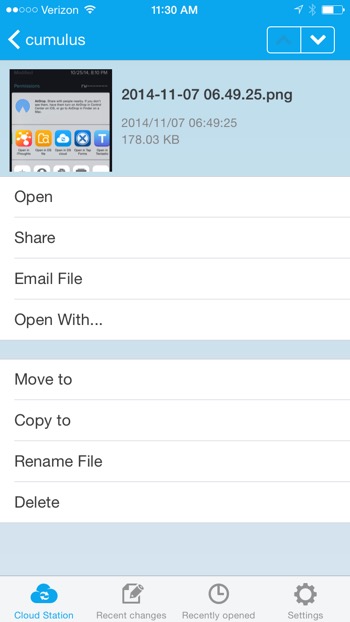 How is this better than Dropbox?

Same as above, the files are only on my own devices. Syncing on LAN is also faster. I have access to the files from other computers on my network without having to sync the files to them, because the files are stored on my NAS.

How is this worse than Dropbox?

Just like DS File, no other apps integrate with the Cloud Station to store and retrieve files. If Editorial could manage this, I’d probably abandon Dropbox all together.

There’s also no pack-rat versioning of files like Dropbox offers. I can turn on archiving with the Synology so that deleted files are held in the “Trash” on the NAS but I don’t use the NAS that way.

With very little effort, I’ve been able to extend my Synology NAS to become my own private Dropbox. When I compare the price, it’s actually not a bad option. I get 9 TB for about $1000 (total). It would cost about that much for 9 TB of Dropbox storage for just one year. Sure, they’re not totally comparable, but they are in the ways I really care about. My days with a Dropbox Pro account and counting down.