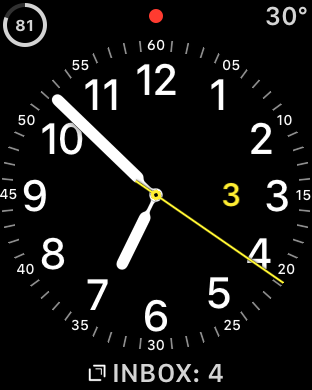 I have three primary reasons to use an Apple Watch.1 The first one is to tell time. The second one is to get notifications from my wife. The third reason is to talk to a little app called Drafts.2

The Apple Watch is not good at email. It’s never in sync with my phone and reading back my latest message through the watch is a long road to disappointment. It’s only moderately good at calendars, given the limited space to show a busy schedule. The Apple Watch does excel at notifications because it buzzes me in ways that I haven’t yet chosen to ignore. But where it really shines is dictation into the Drafts app.

If there’s a good argument to be made for owning a $600 watch it’s to talk to a ten dollar app. And yes, this flies in the face of my skepticism over having an inbox in my text editor.

I don’t just use it to dictate small bits of text. I can actually dictate long passages while looking like an idiot. But, the real trick is to dictate a bunch of small messages and then combine them in the Drafts app for export as one long document.4

First, open the Drafts inbox on the iPhone. Then hit the Select button at the lower right. 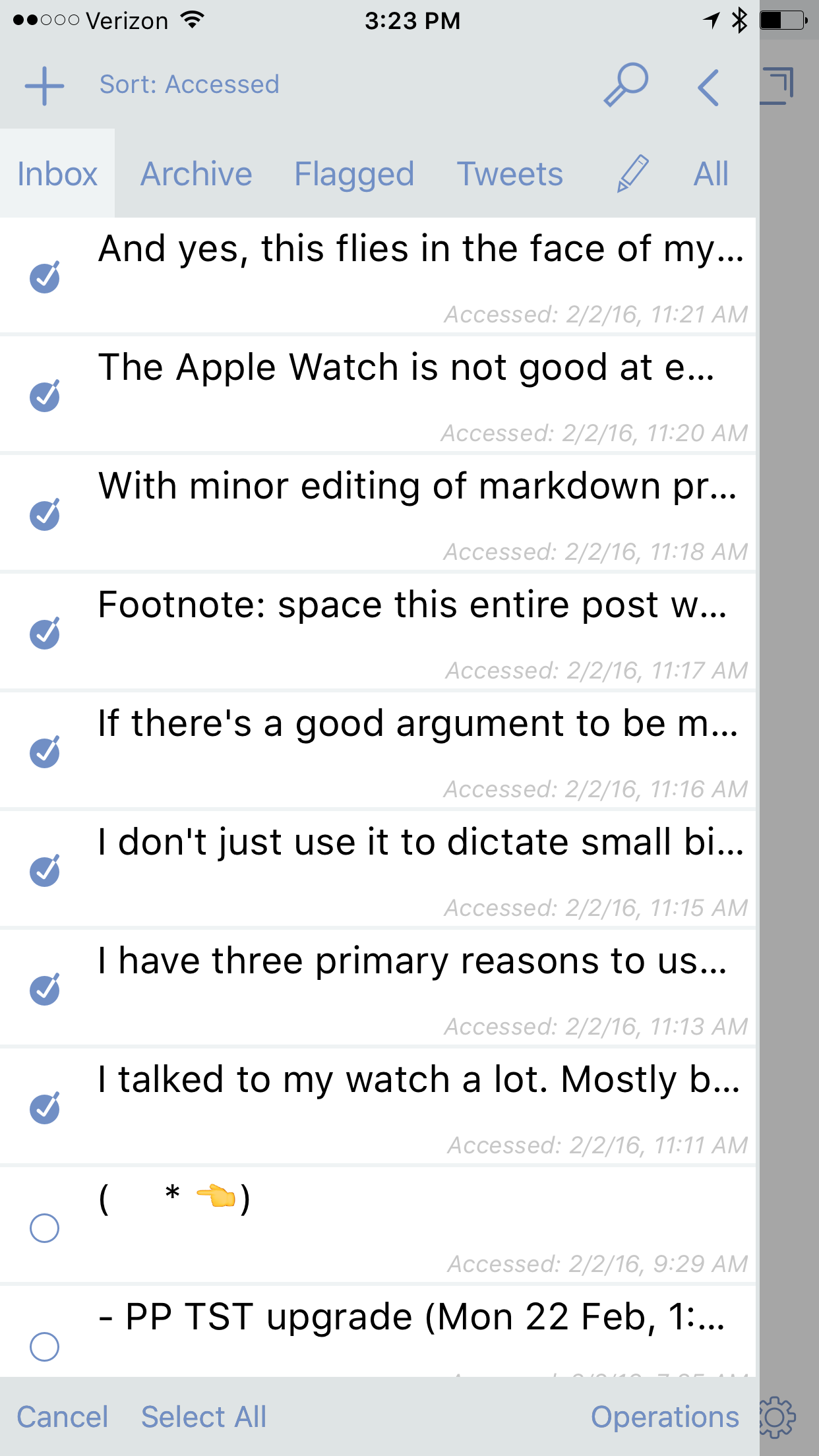 After selecting all of the notes I want to combine, I just pop open the Drafts action panel (the Operations button) and choose Merge. Drafts even provides an optional separator to use between the merged notes. 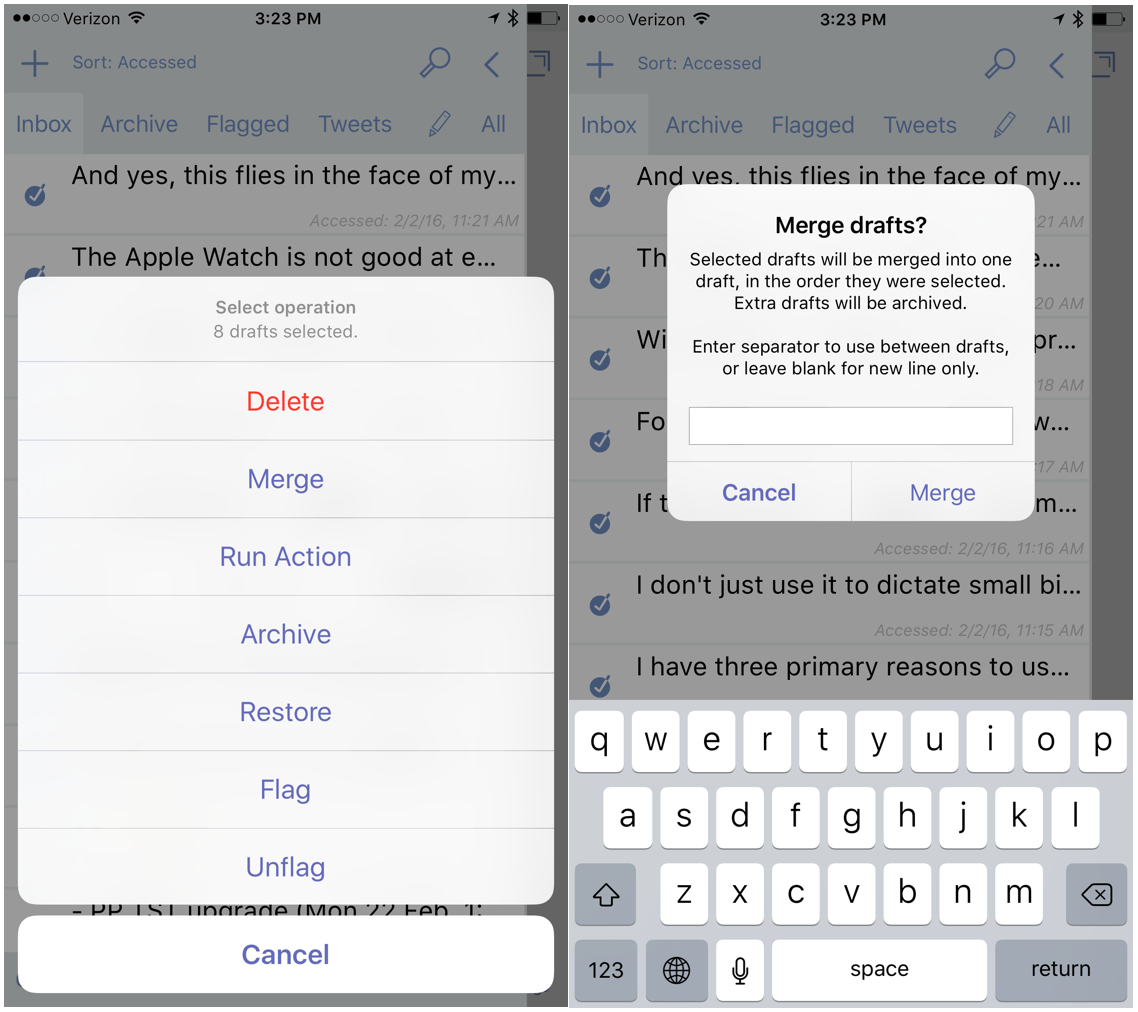 What was many becomes one. However, I’m not done squeezing value out of Drafts because it has one more, seldom mentioned, super power for text capture: The arrange function. I just close the keyboard and tap the icon with three horizontal lines. Now I grab each paragraph and reorder the document. What a delight. It’s a small miracle that I can dictate, proofread, and edit hundreds of words while on my way to buy Cookie Butter. 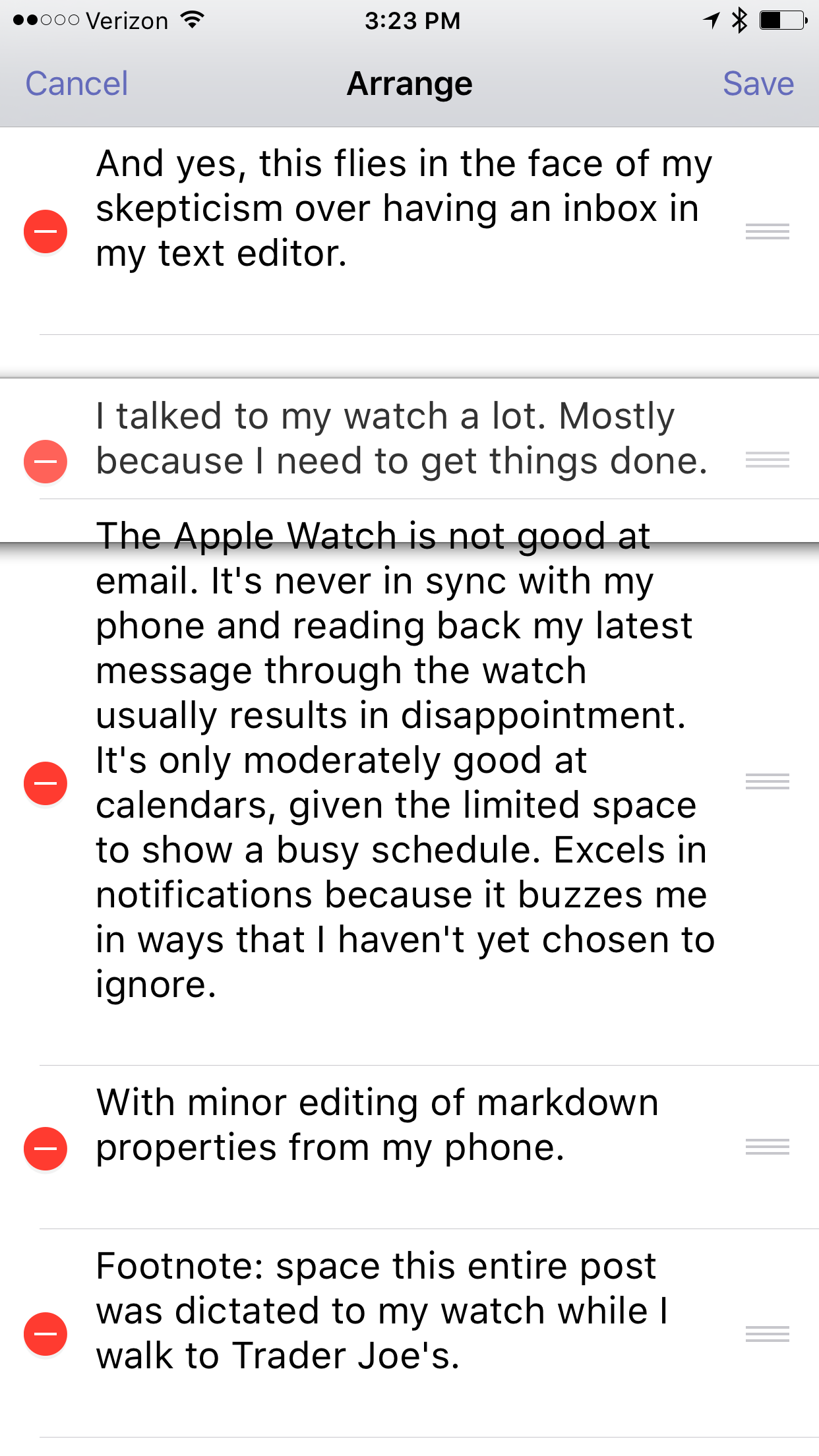