Evernote is constantly improving and it is one of the first things I recommend to anyone looking for a general capture tool. I use it enough that I’m always interested in making it do more. Here are some apps that add some unique features to the mix. 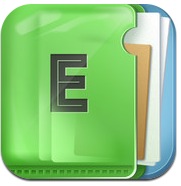 EverClip does one job: It runs in the background and grabs anything put on the pasteboard and uploads it to Evernote. Given that Evernote is available everywhere, EverClip actually makes a pretty good multi-platform clipboard tool. Unfortunately, I think $9 is a little much for such a basic set of apps. 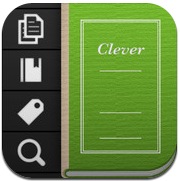 Clever for Evernote is an attractive alternative to the Evernote iOS application. There are some nice visual effects and well done sounds effects. I really love the timeline indicator during scrolling. Best of all, it’s much fast to get in and add a photo note than the Evernote app.

Clever has other top-notch features, like multiple accounts, customizable time stamps, an option to not save camera snaps to the iOS camera roll and a very thorough URL Scheme with built in documentation.1

Clever is certainly a good competitor for the default Evernote iOS app. It’s fast and elegant. I like the interface better too. But it comes at a pretty steep price point. $9 total to get Clever on the iPhone and iPad. That’s a tough sell against the free Evernote offering. Personally, I think it’s worth it if you use Evernote a lot. 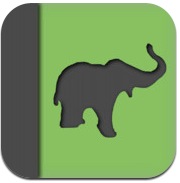 QuickEver is a quick entry note app for Evernote. There are a couple of nice features like swipe to move cursor, TextExpander support, custom time stamp format. It’s similar to the terrific Drafts app but more deeply integrated with Evernote. For example, access to Evernote tags and notebooks.

There’s also an interesting little feature that posts to notification center at a set duration. Tapping on the notification opens QuickEver. It’s using Notification Center as a launcher. Feels weird. The developer page is in a language I can’t read and the app hasn’t been updated in many months. It’s still nice.