iThoughts for iOS has a nice update this week that adds support for document providers. Now I can store my planning maps inside DEVONthink along with the rest of my project data and still open them from within iThoughts for editing. 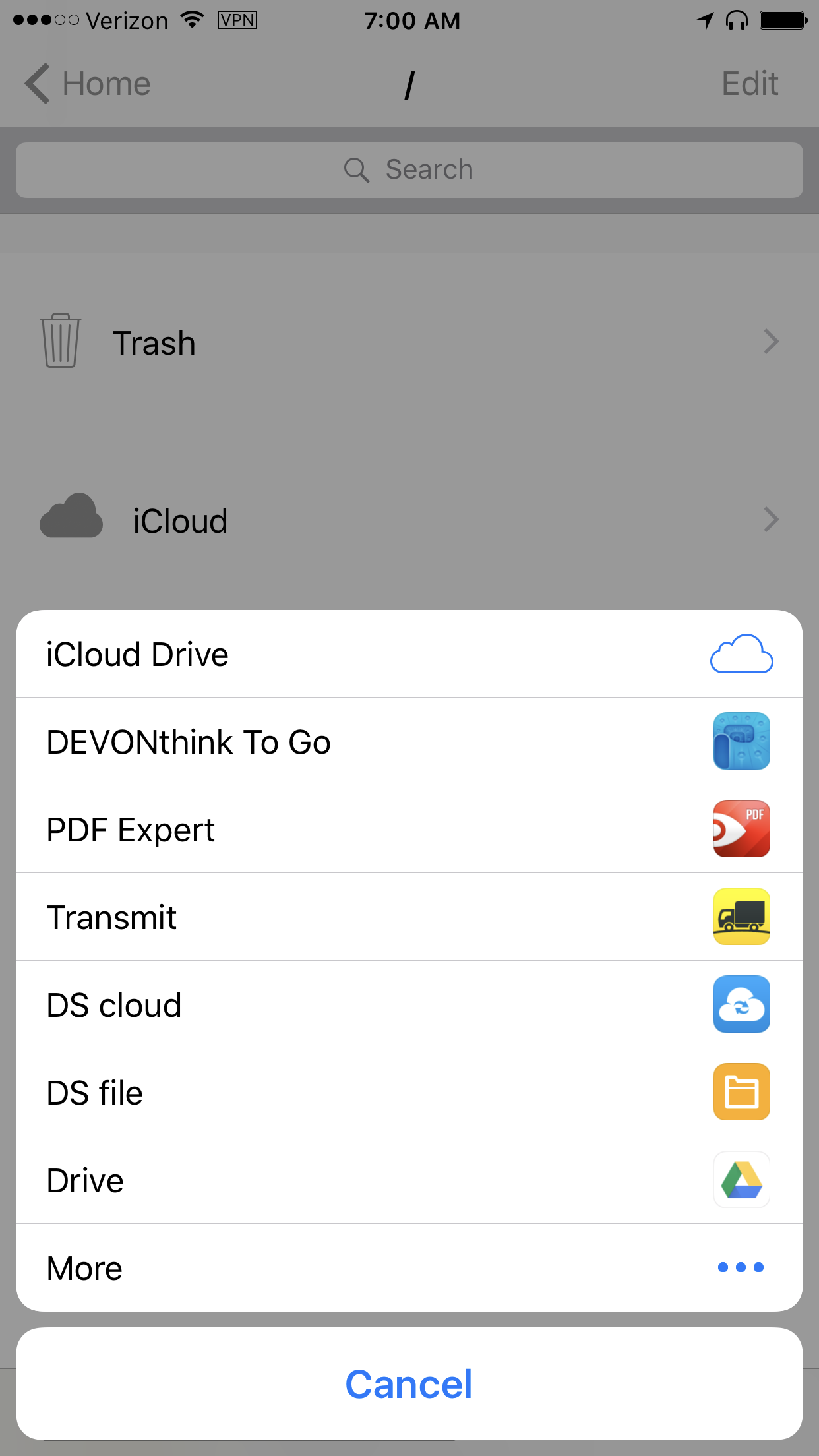 I like the Smart Folder I have on my Mac to load all of my iThoughts maps at once. It’s very convenient to browse all of my maps.

But I can create a similar folder in DEVONthink for Mac.

When I’m opening documents using DEVONthink as a document provider, I rely on the quick search to find all of the iThoughts files within a database. 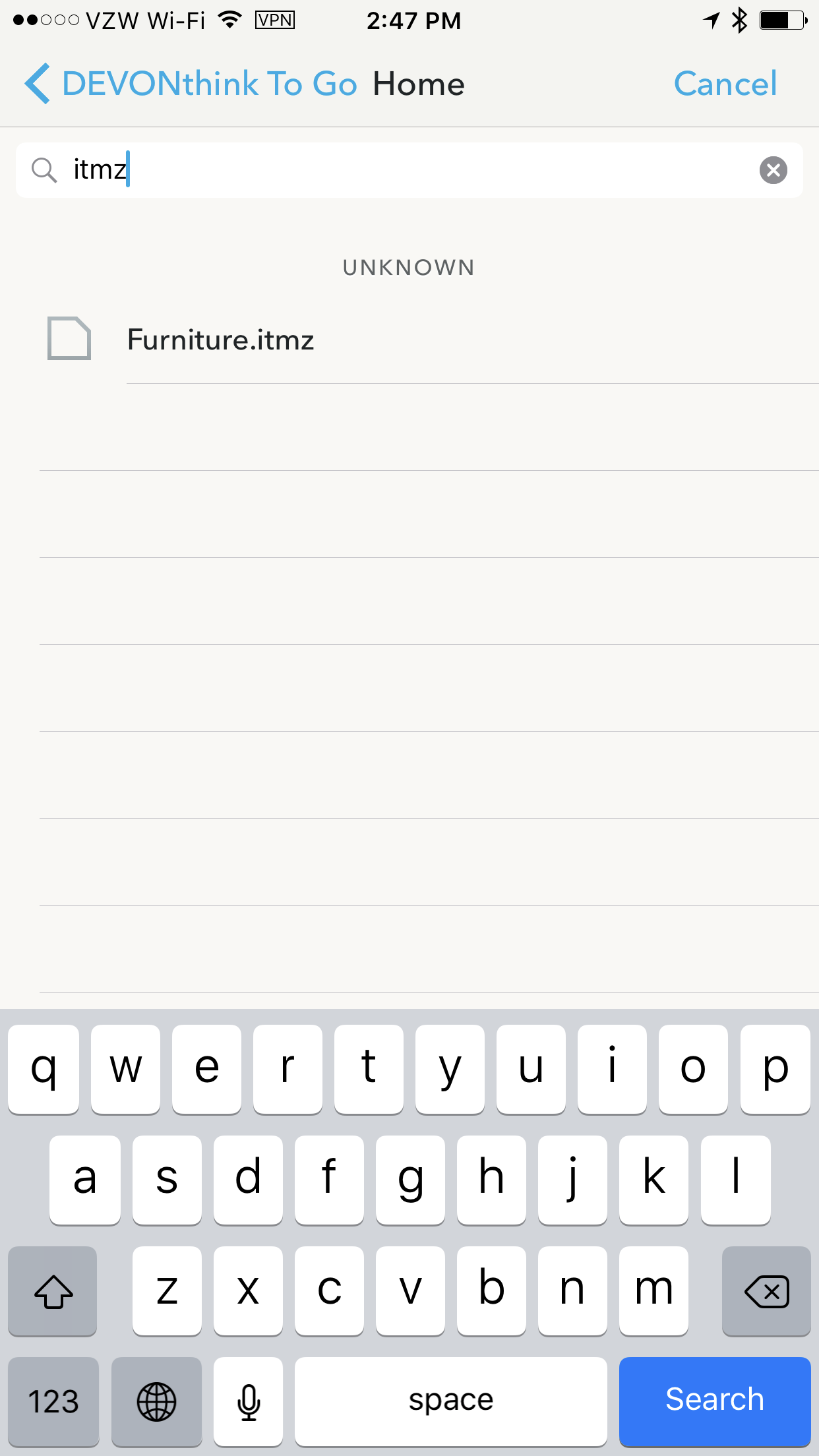 Another great new feature in iThoughts is the quick capture extension. I have an “ideas” map that I like to capture quick thoughts or plans to. iThoughts provides a single configuration item named “Quick Thoughts Map” where I set the path to the preferred capture map and node. Then from a share sheet in iOS I can send just about anything into the map. Unfortunately, because of iOS limitations, I can not use a map in DEVONthink for the quick capture feature. 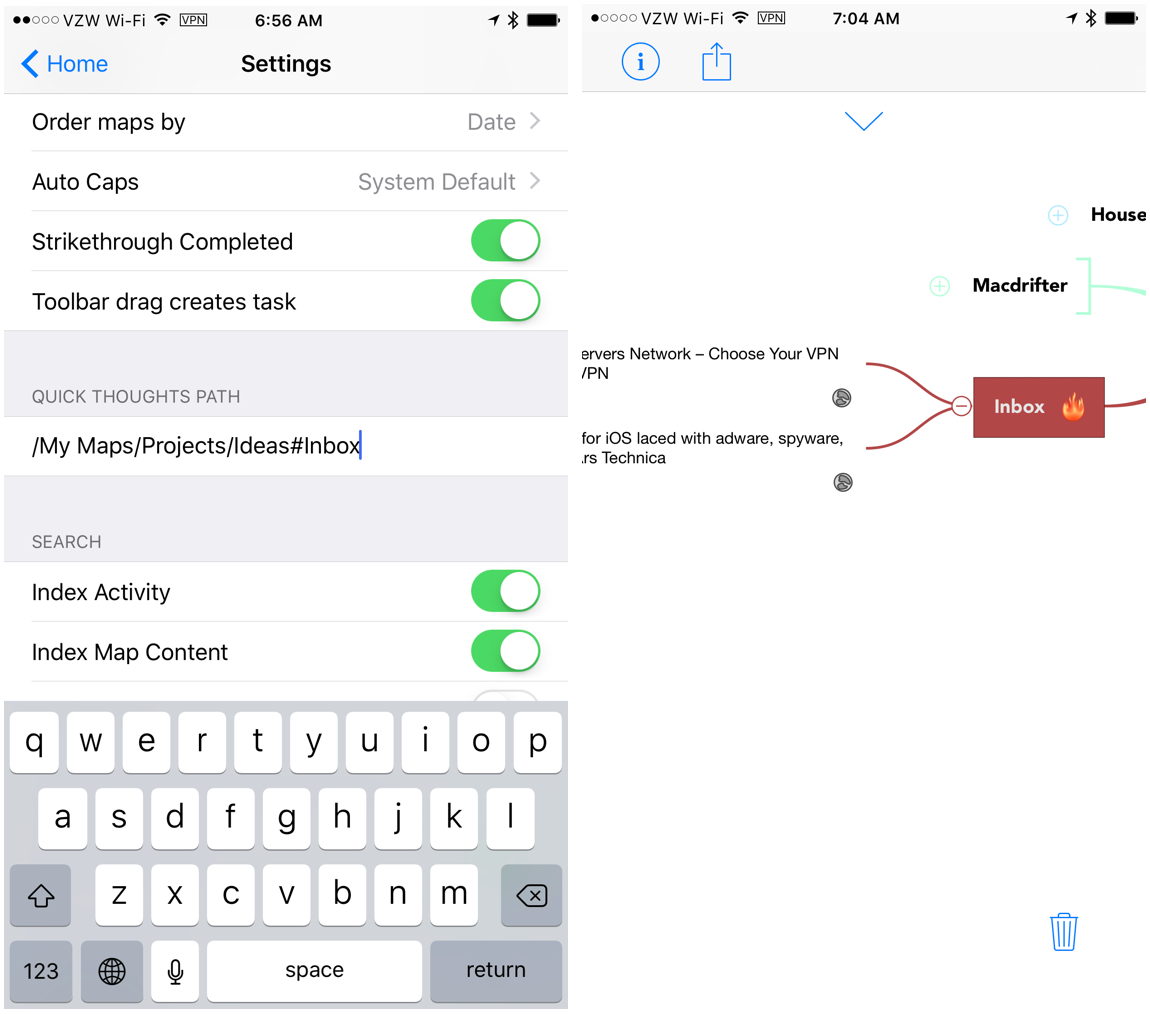 I use iThoughts less now that I have DEVONthink on iOS, but it still satisfies an intellectual itch for me. I like the flow of quickly mapping ideas with relationships in a context map. These new improvements might bring me back a bit more.