I’ve taken a very specific stand against journalism paywalls in the past. It felt like an artificial barrier that restricted access to potentially vital information. It felt like a failure of foresight in an industry that refused to acknowledge the reality that they documented every day. I was wrong.

My tactic was to avoid pay sites. I avoided following and sharing links to paywalls. I wrongly refused even the steepest of discounted access. We can argue about the path that brought us to this point. We can frame the denials of market forces and the effect of an open Internet however we like. But, what we can’t do is insist that democracy survives without paid journalism.

This week I paid some taxes. I paid for the freedom I enjoy by spending some of the privilege I live on. I used my privileged position to make the smallest most selfish contribution I can. I paid for someone else to do the hard work and for me to read about. I’m an American hero.

Not everyone can afford these subscriptions. I certainly can’t afford every newspaper or journalist we need to maintain a healthy republic. But I can afford some. I chose to support the writers and research staff that demonstrated exemplary journalism during this election cycle. CNN, NBC, and FOX are not journalistic organs. They are pulp “news” regurgitating half-lies and sensational misdirections that were either fabricated out of spite or laziness. Here’s who I gave a few hours of my income to:

The Washington Post — $100 or $150 per year depending on if you want the local DC news and classic iOS app in addition to the national news. If you are an Amazon Prime member (and who isn’t) you can get a pretty good discount. For digital only, it’s just $3.99 a month and billed directly to your Amazon account.

Because David Fahrenthold consistently did what few other journalists imagined — actual research and journalism — this is my top recommendation. To be honest I haven’t even brought myself to read it more than once since November 9th.

The WP iOS apps are quite nice. The email spam was a little noisy after joining, but to their credit a single webpage button unsubscribed from all notifications. My only major complaint is that the URLs from the iOS app can be a bit ugly. That might be the dumbest and most self-indulgent complaint I make this year. 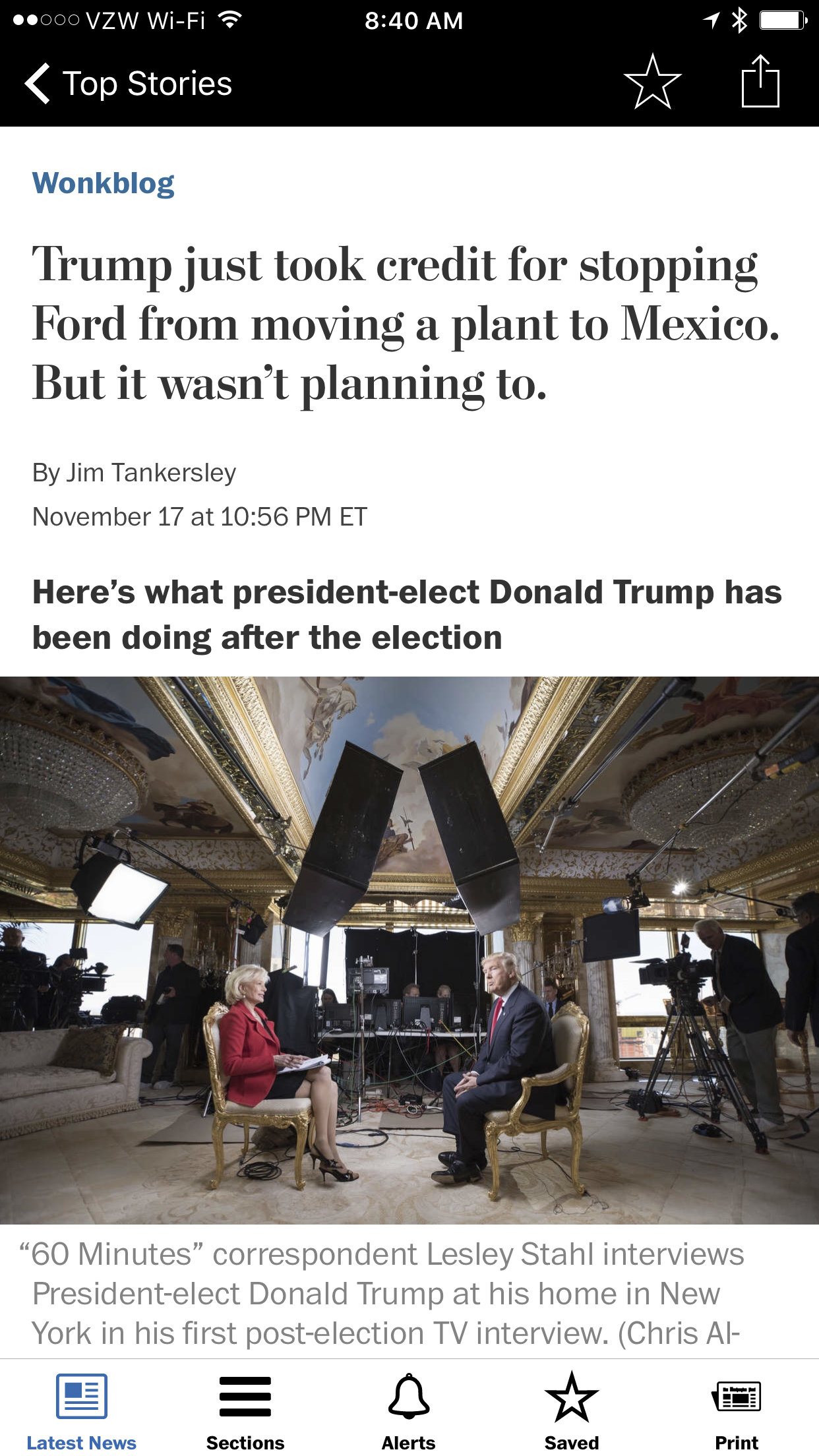 The New York Times — There are several pricing tiers. I went with the $6.25 per week ($25/mo if you buy as an IAP in iOS). It provided all the digital access plus an extra membership to give away. You can even pay with ApplePay if that excites you.

Sure, they have some really dumb opinion pieces that don’t provide accurate context, but they also do some good journalism. They are a model of what the bare minimum for news should be.

My biggest concern with NYT is the cancellation policy which requires a phone call and how much personal information they need.

The New Yorker — I’ve never been a reader of the New Yorker. I don’t particularly enjoy their bubble. However, I think they are basically honest and credible and they have an angle that can be attractive. The pricing is strange. It’s $1 per weekly issue. You pay for 12 weeks at a time. It’s $12 if you get digital only or digital plus print. That also gets you unlimited access to 90 years of their archives. 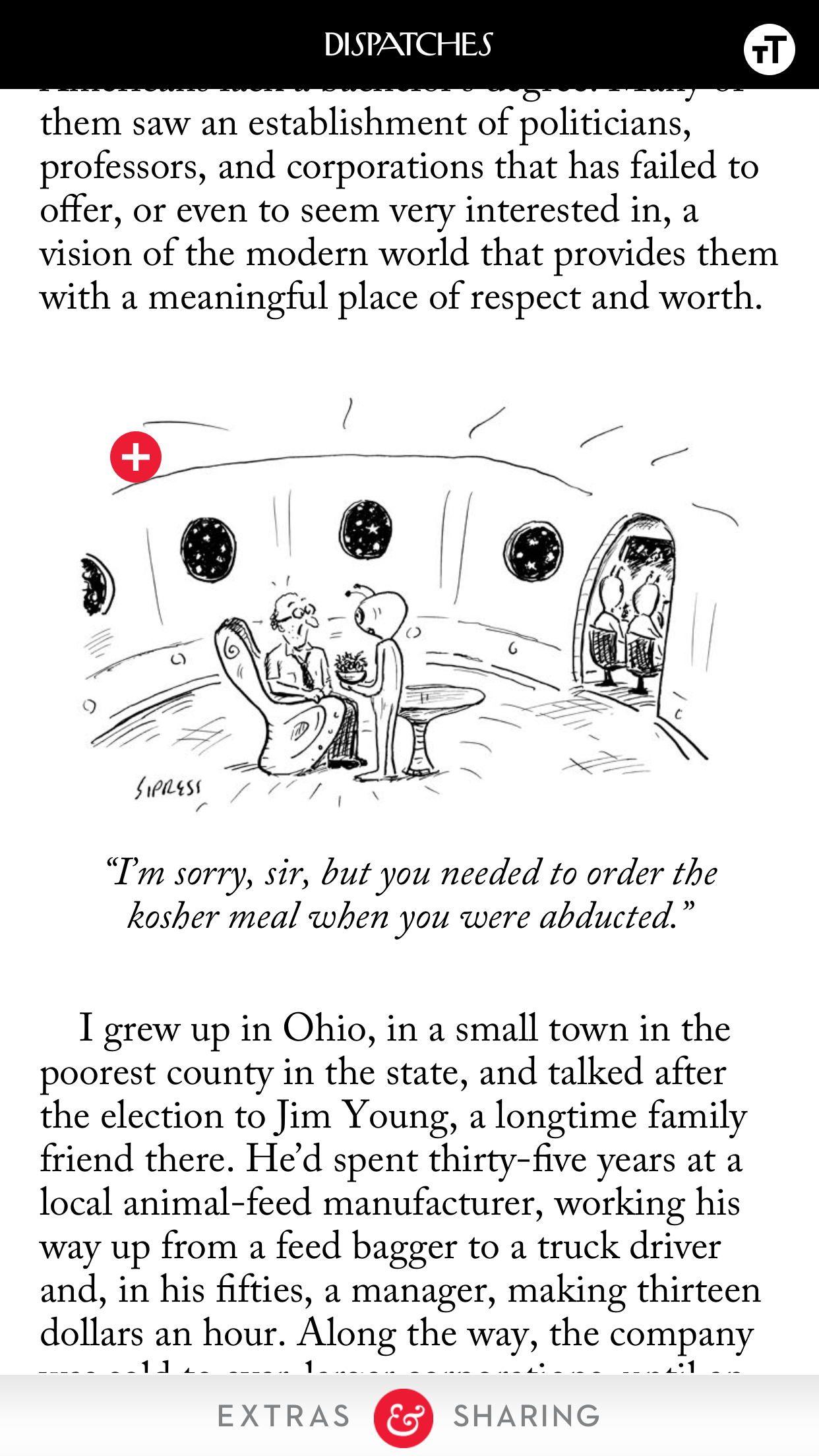 Dave Pell — I’m not sure how to directly support Dave Pell other than to share his remarkable insight and humanity.

Of the few things I’ve read since November 9th, Dave’s have been the most helpful. I don’t agree with everything, but then again, I’m not expecting to be his life partner. I just want some thoughtful consideration of the country we share. Dave is very smart.

So I guess I have a new voluntary tax each year. How’s that for privilege? It’s about $500 per year. That’s costly. My hope is that 2016 makes those of us that can afford this luxury consider the cost of free journalism as the alternative.