Ulysses for iOS just received a nice update with Dropbox syncing, background syncing, quick search, and several other features. There’s an arms race in the text editor market again and I couldn’t be happier. 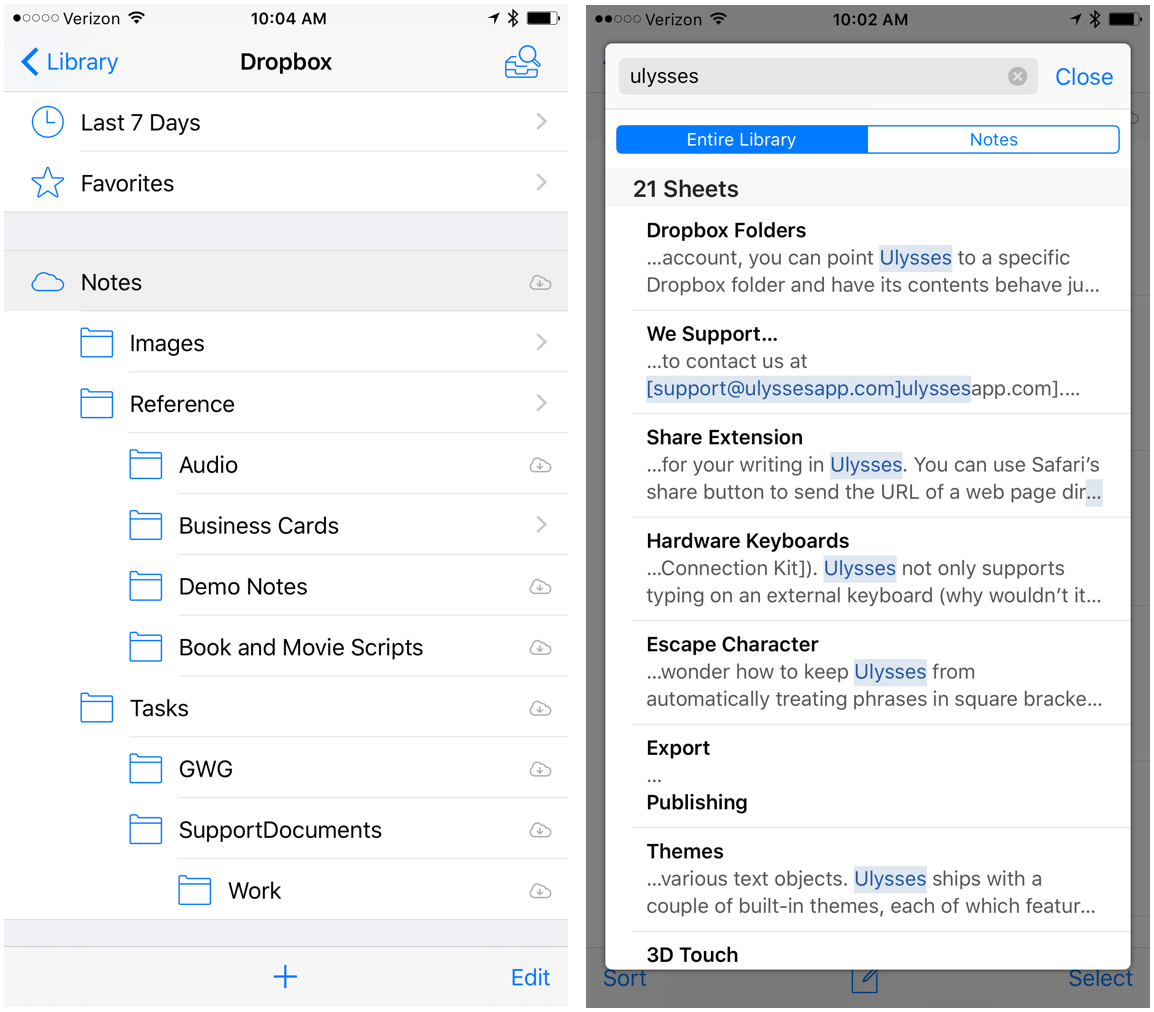 Unfortunately, the Dropbox syncing completely failed for me. I accept that I am a walking edge case with around 2000 plain text files but Ulysses deleted several hundred text files while attempting to sync. I’ve spent most of the morning restoring from Dropbox, which, incredibly is still as awkward and tedious as it was in 2012.

Beyond the file deletion issues, Ulysses also froze during sync, which didn’t surprise me. Many text editors on iOS choke on more than a few hundred text files.

I want to love Ulysses because I think it has some interesting features. It can work with iOS document providers other than iCloud and it’s also very attractive. I’ll keep watching for updates but I’ve learned my lesson from syncing my primary collection of text files.