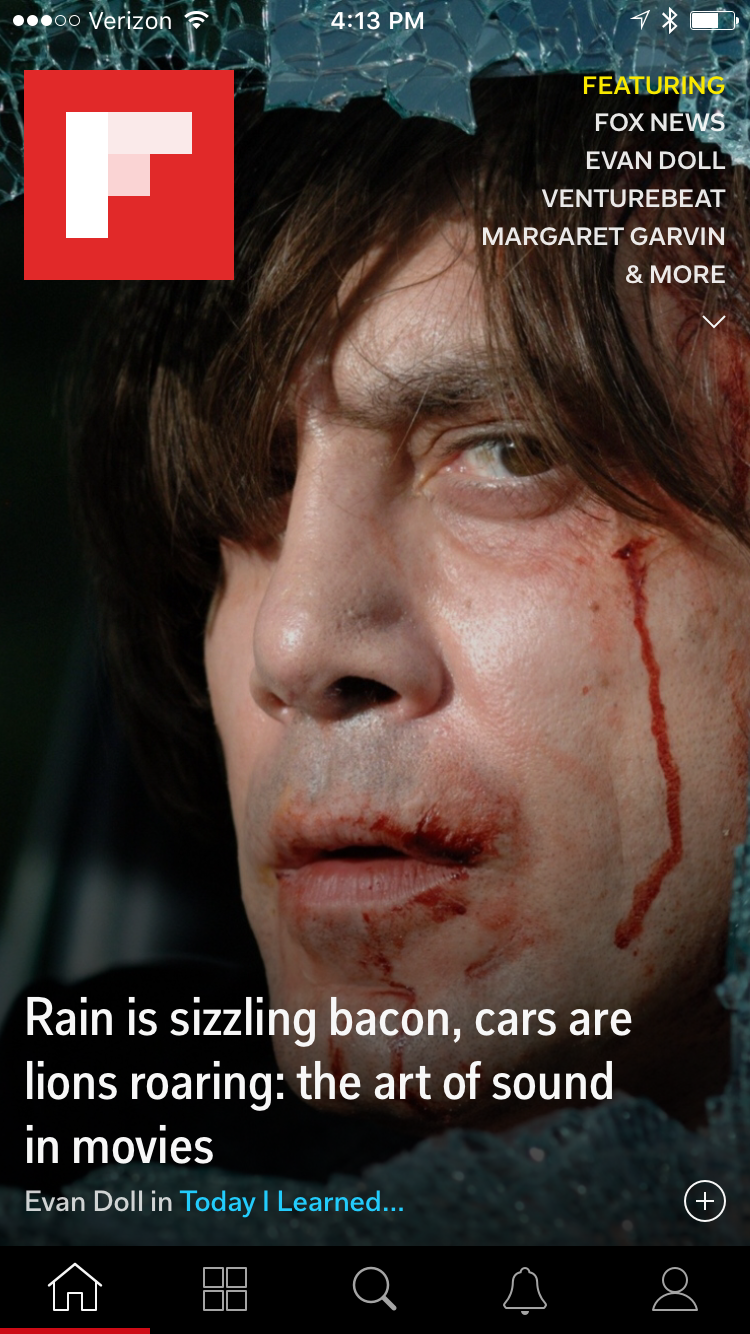 Zite is (was) an iOS news service that’s unlike anything else I’ve tried. It applies the mundane methods of up and down voting to create a tailored feed of articles that fit my tastes better than most of my friends can. It took some time and effort to customize my Zite experience (mostly though uploading feeds, selecting preferred subjects and rating articles) but after a few years I’m giddy with what I have. Unfortunately Zite was acquired by Flipboard.

I give Flipboard a huge amount of credit for not directly killing off Zite. It’s continued to work for me and has not been infected with burdensome ad models. But the writing is on the wall. Flipboard now offers to migrate Zite subscriptions and ratings to their app. The notice shows at the top of every Zite session. I consider this a warning. 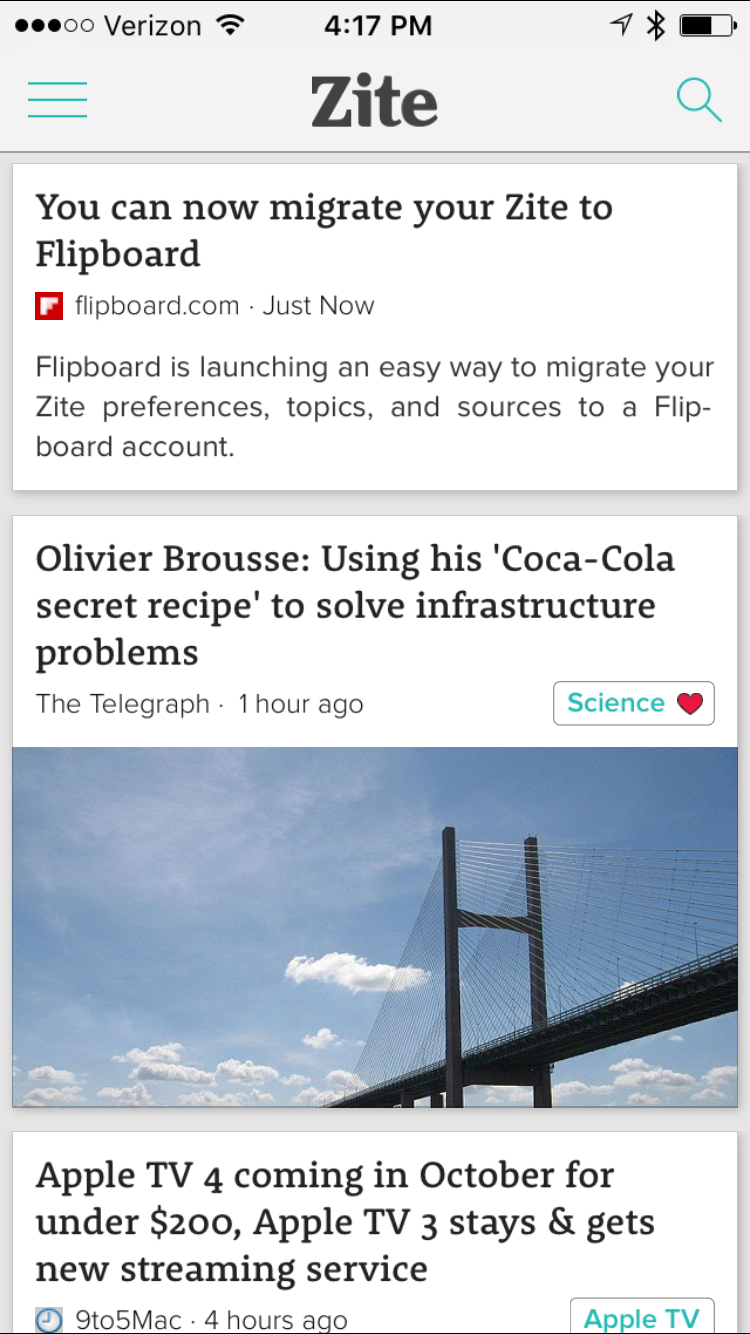 So with the same level of enthusiasm I had for “natural” scrolling, I accepted my fate and moved over. The actual transfer process is dead-simple. Most of the effort is just waiting for it to complete (about 15 minutes for me). 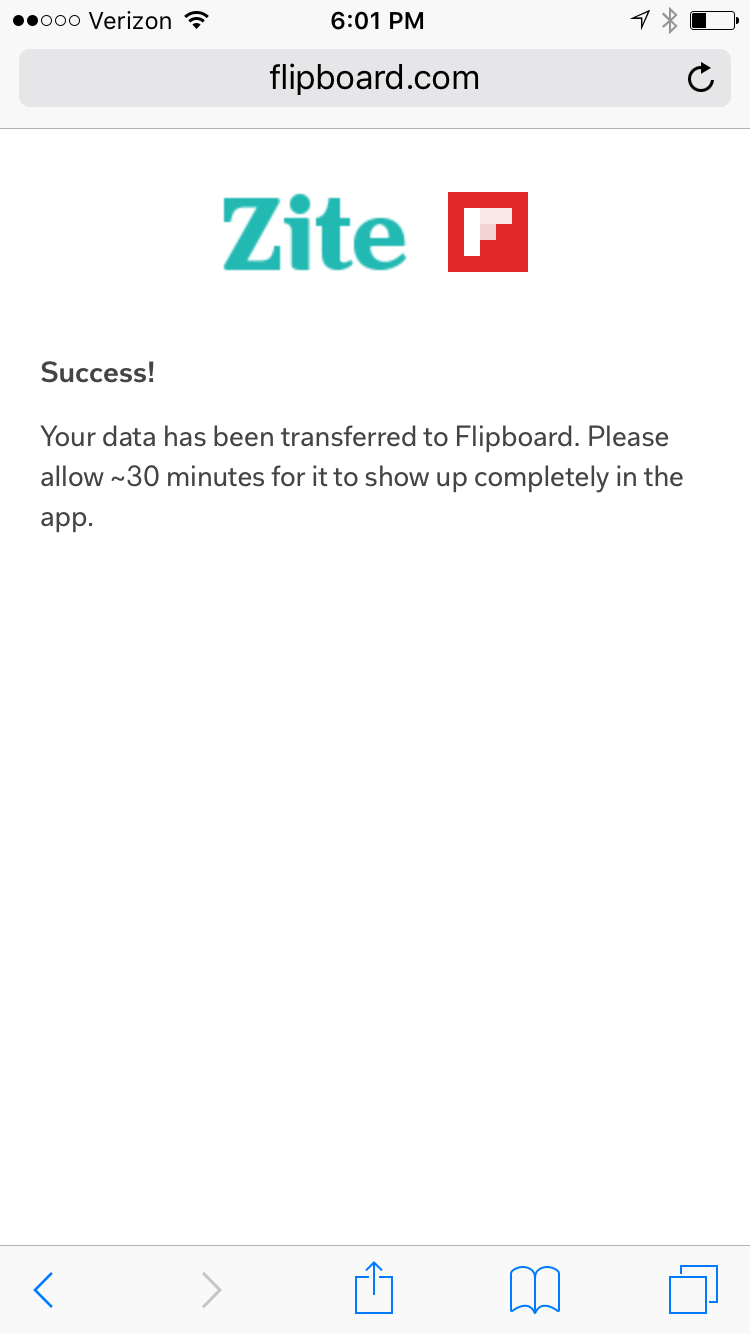 This isn’t my first dance with Flipboard. I’ve tried it out over many years. It seems to be popular but it never really provided good article suggestions. Sure, the page flipping animation was really edgy in 2011, but the content is really what I care about. So, I’m really giving Flipboard a go and trying to train it for my preferences.

I like the Zite methods of organizing information. It feels like it’s more information dense with less focus on meaningless background images. Here’s the Zite list of subjects I subscribe to. I access that list any time by tapping the menu in the upper left of the display. Tapping any of the items takes me to a new list of articles. 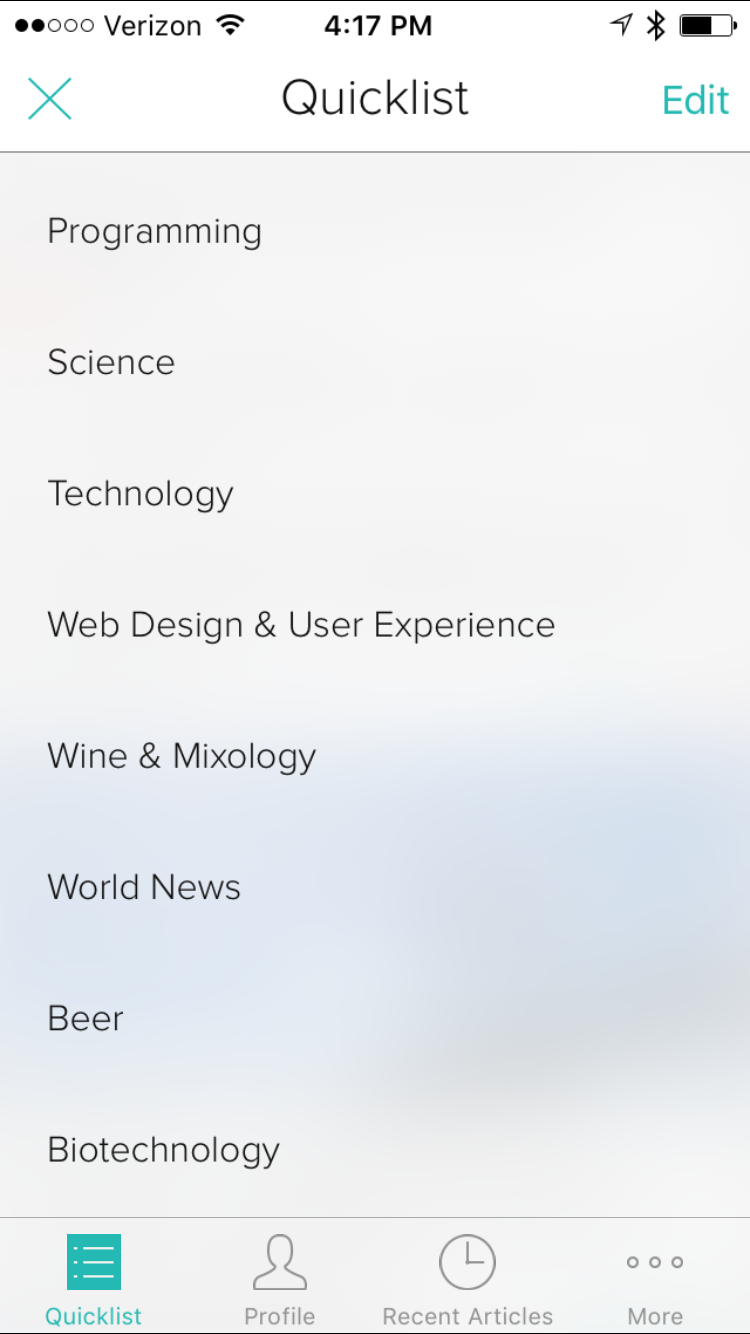 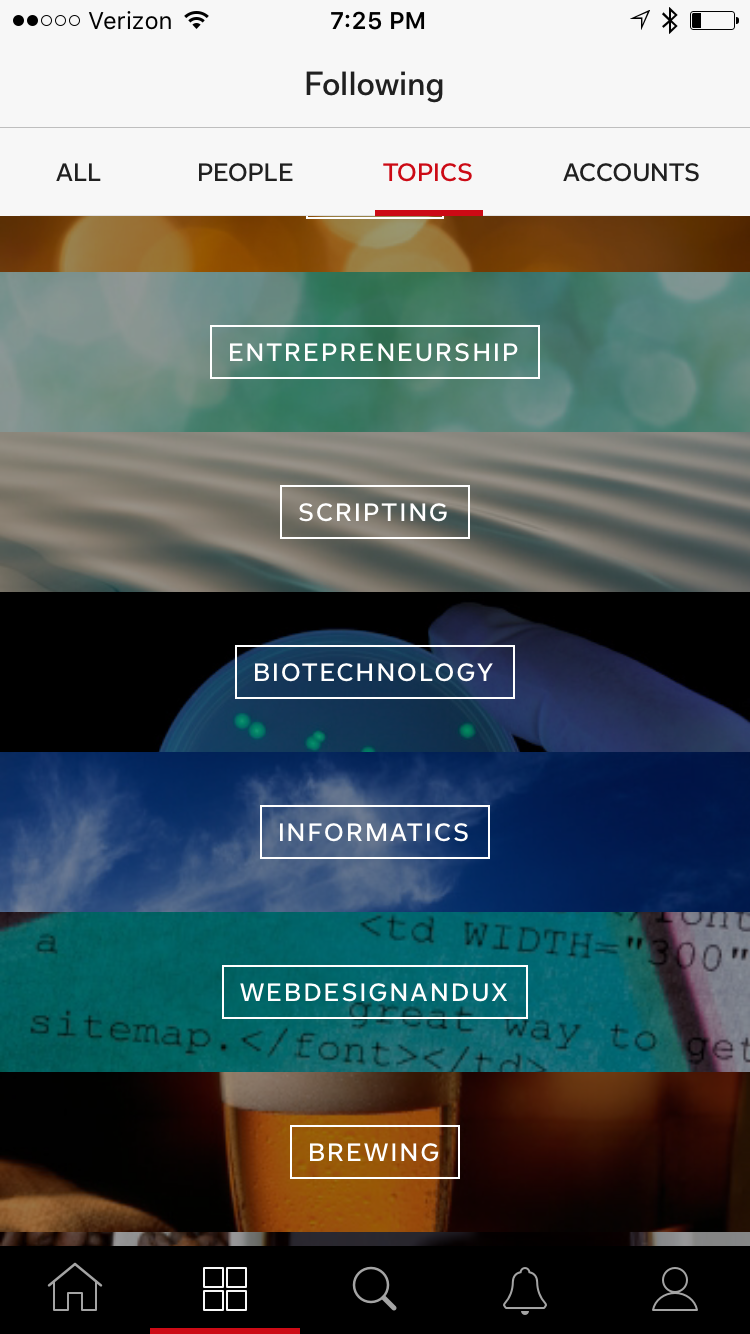 I do like the Flipboard list of topic suggestions and the service is relatively successful at matching suggestions to my inclinations.1 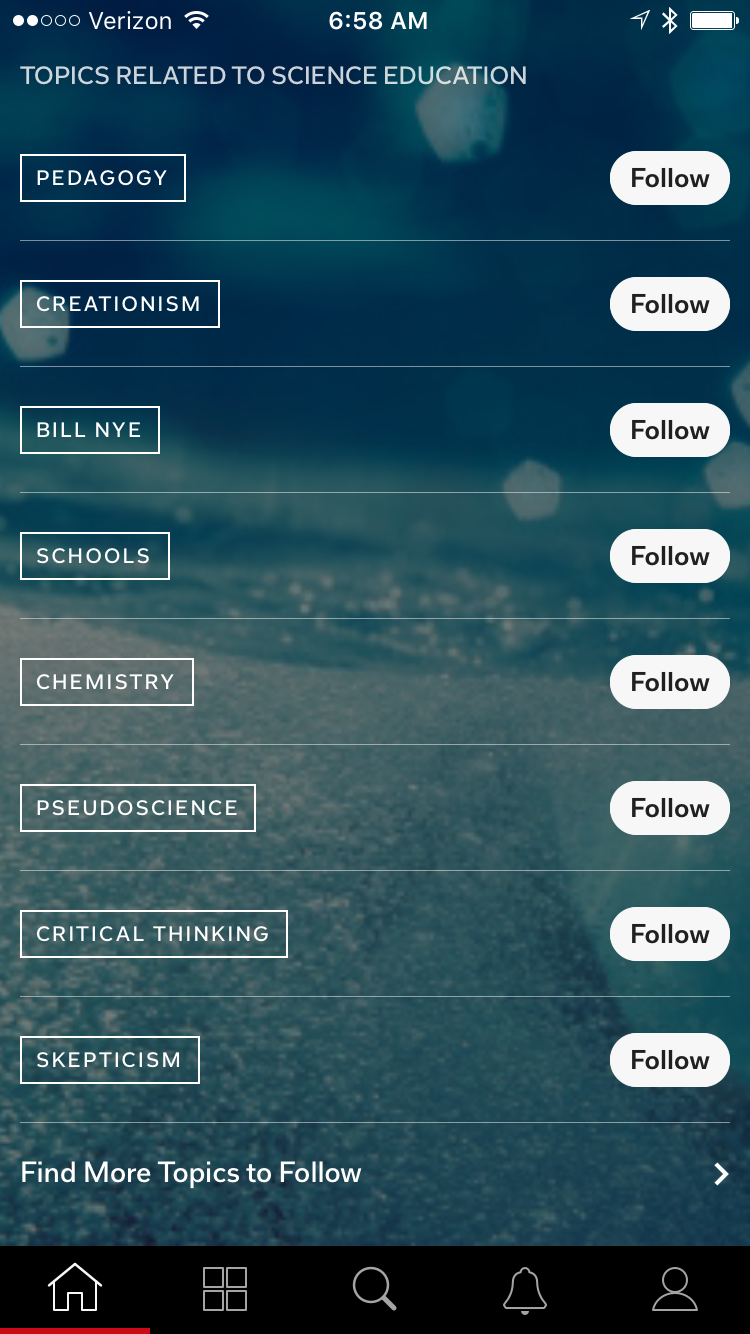 With Zite, it’s relatively easy to rate or block content. Flipboard is also very easy but I found it less obvious. Pop up the sharing sheet to access the tuning options. This is very convenient now that the pattern has been set in my brain. 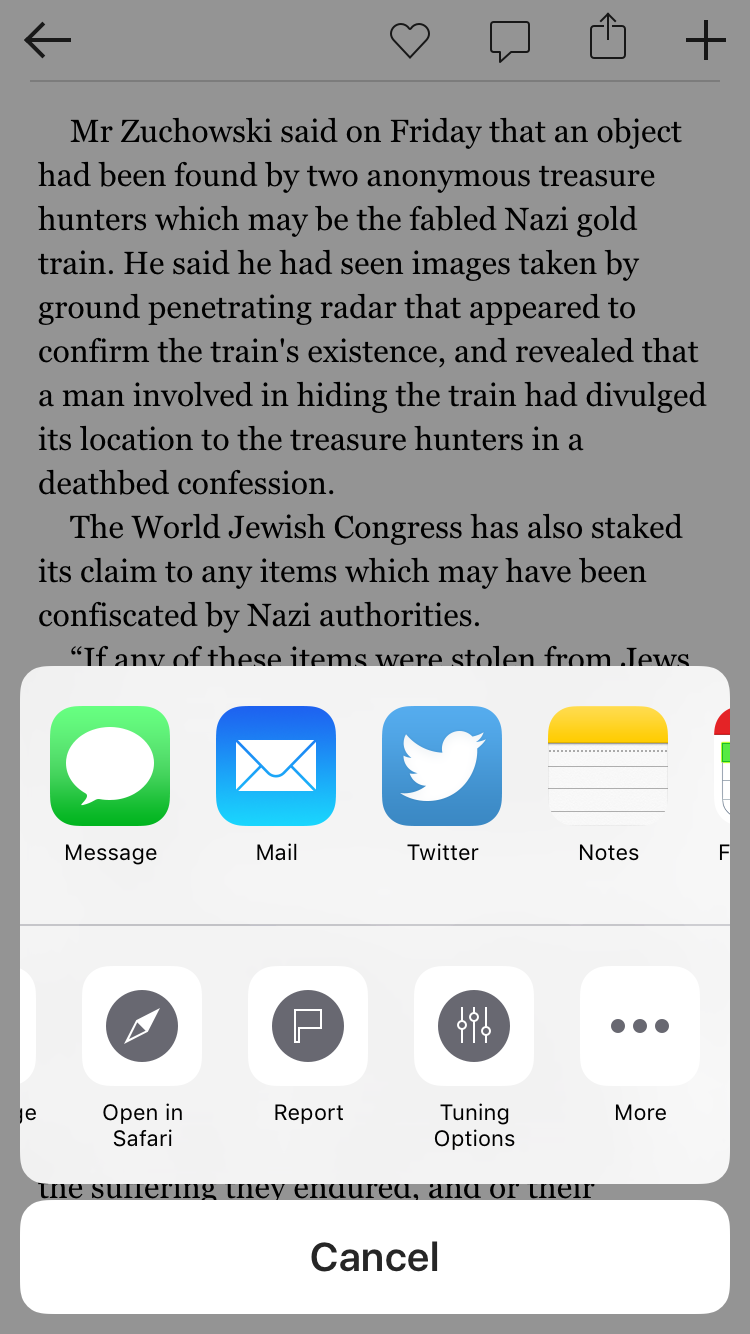 Articles can also be rated up or down but not while reading them which makes it less convenient but still easy. 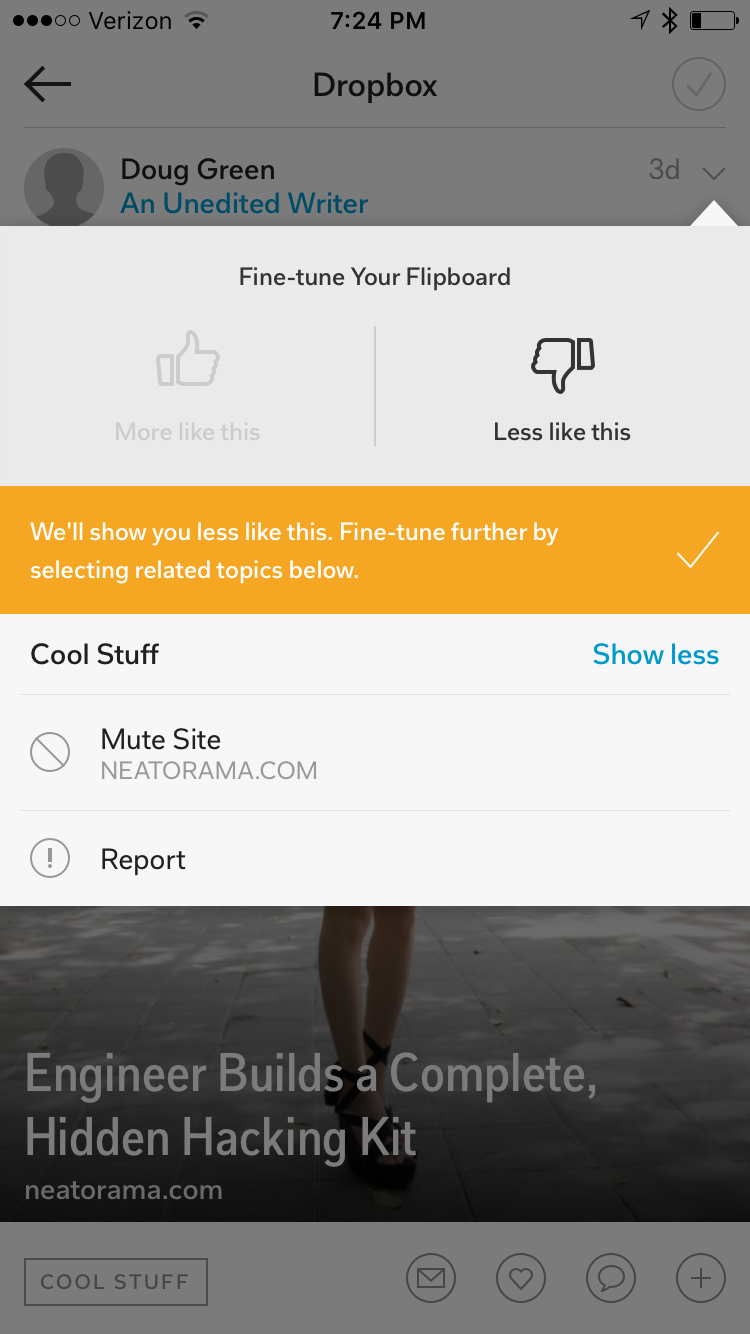 Flipboard seems obsessed with my social graph. Everywhere, I’m pushed to follow people or businesses. I’m asked for my Twitter account, which seems reasonable, but the app also suggests I provide access to my contacts. This seems like a very bad seeding program. If I wanted nonsense articles from my family and co-workers, I’d join Facebook.

Overall the Flipboard suggested articles are dramatically lower quality when compared to Zite. They are mundane and common. They are from mostly major outlets and they too frequently hit the same topics over and over. Worse, they are often outdated. I have no idea why I’m getting article suggestions about the release of a new note app for iOS called “Vesper.”

At one time, there was a mechanism to import RSS feeds into Flipboard. I did this with Zite and it greatly improved the recommendations because I’ve already tailored my feeds to topics and sites I like. Flipboard does not appear to provide any way to upload an OPML or any other list of feeds. It also did not import the feeds I used to customize Zite. 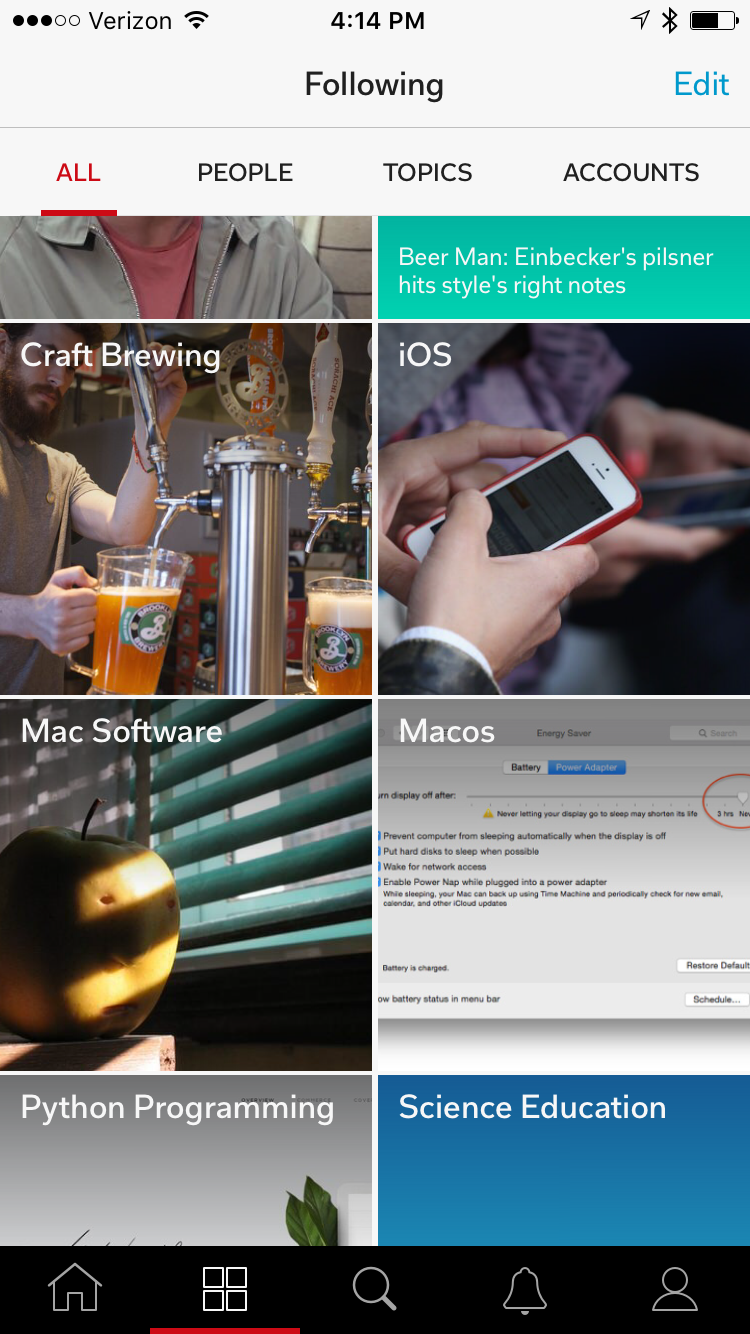 There are some aspects to Flipboard that I like more and some I like less. I feel like Flipboard is much better about declaring promoted content. I don’t love the promoted stories but at least it feels honest. I can easily skip the “stories” I don’t want to “interact” with. 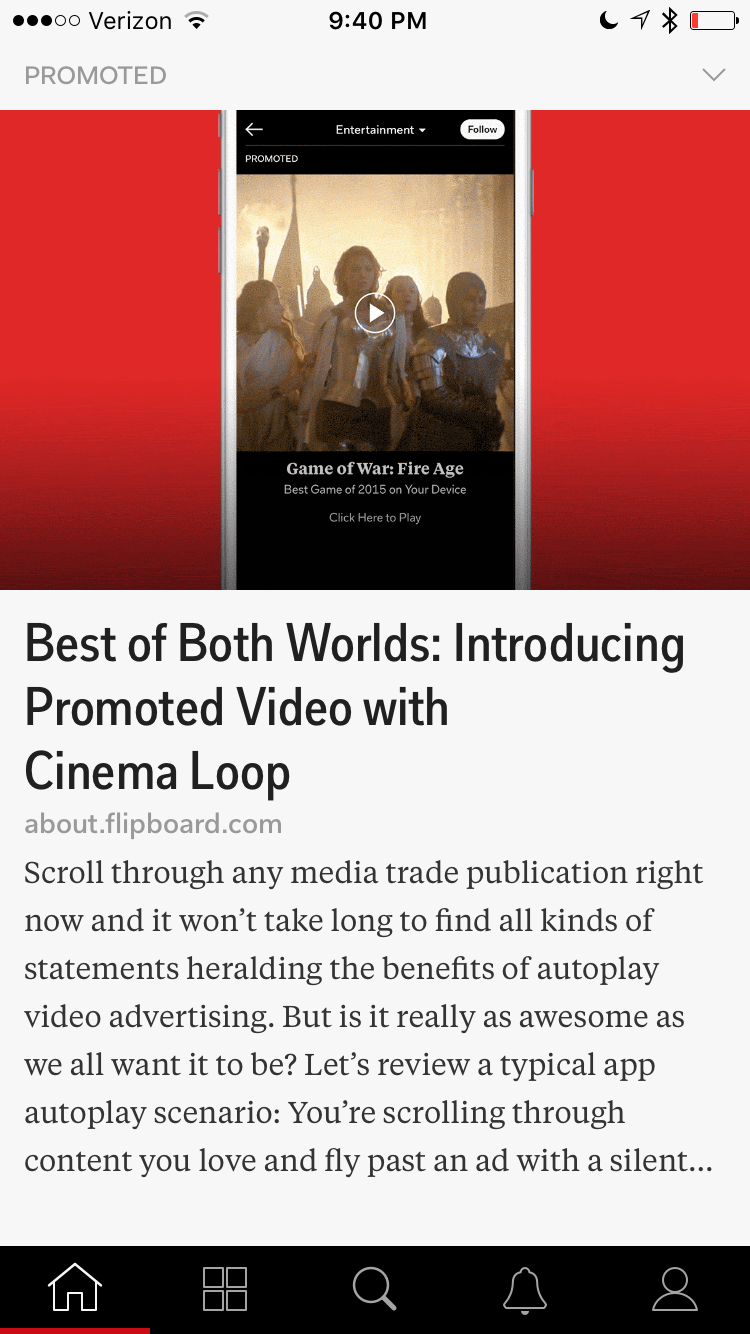 I also really appreciate the Flipboard webapp. I can access my account and all of it’s preferences from any browser. This is terrific and frees me up to use my computer when it’s handy. And you know what? I really dislike the the Flipboard swipe gesture now. The Web site is great. The iOS app is now more annoying.

A major drawback to Flipboard is the URL shortening from the Flipboard app. I dislike shortened URLs. They hide what’s behind them and provide very little benefit.2 I can use Workflow on iOS to solve this but why make me? 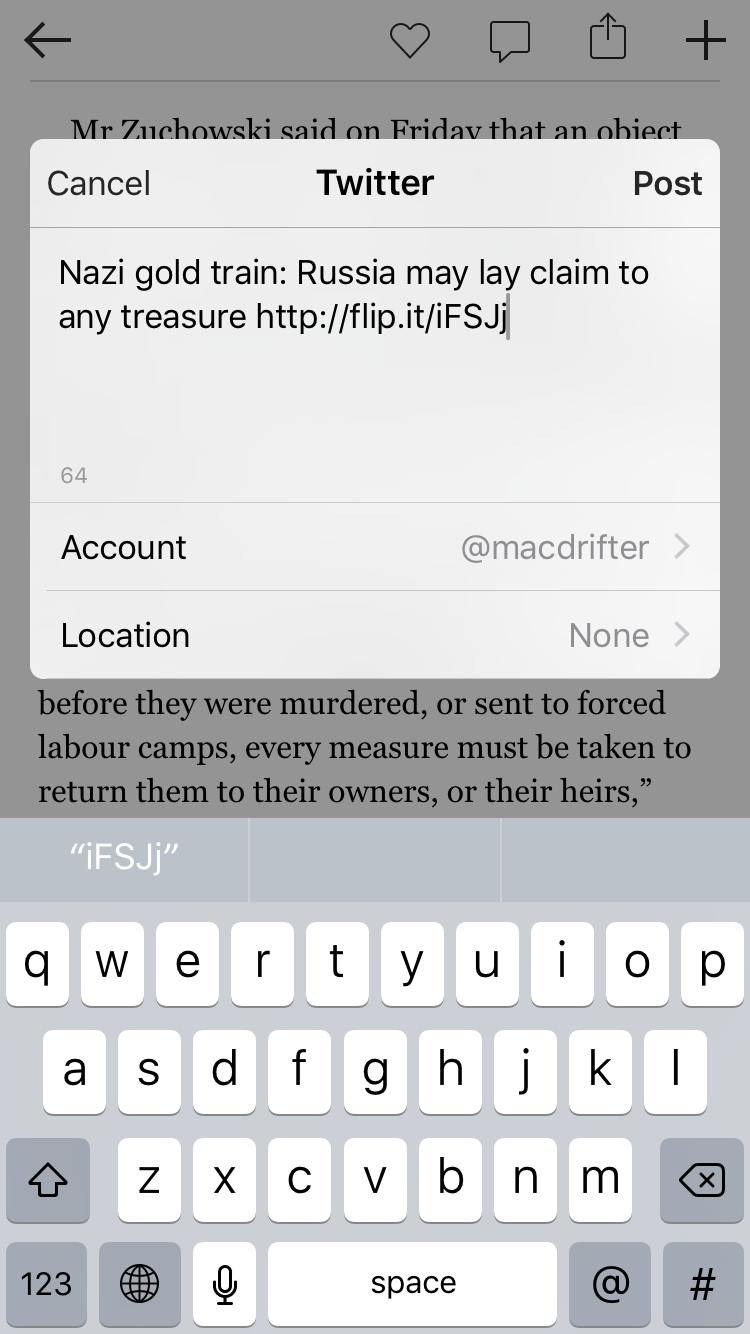 Here I am. I’m begrudgingly moving away from Zite because I know the end is near. I’ve accepted Flipboard as a news recommendation service but feel a bit let down with it. The spirit of Zite is hiding somewhere inside Flipboard but it’s not quite there for me. Where I once opened Zite a half dozen times a day I only browse Flipboard once. There’s far less joy of discovery. It just feels like a lot more of the same old thing with a clever interaction model.3