The first time I mentioned Taskmator for iOS it was a year ago and it was a newly fixed successor to TaskPaper.1 As a reminder, TaskPaper for iOS was removed from sale and the source code was made available as open source. The developer of Taskmator cleaned up the original TaskPaper and fixed a number of major bugs on iOS 7, including issues with Dropbox syncing. Here we are a year on and Taskmator is showing that it’s not just a dev and dash project. There’s a trajectory that includes new features.

Last week a major update to Taskmator was released and it goes beyond the original TaskPaper functionality in new and interesting ways. The salient new capability is the automatic conversion of an @alarm tag into a notification. To aid in the creation of properly formatted tags, there is also a new date picker. 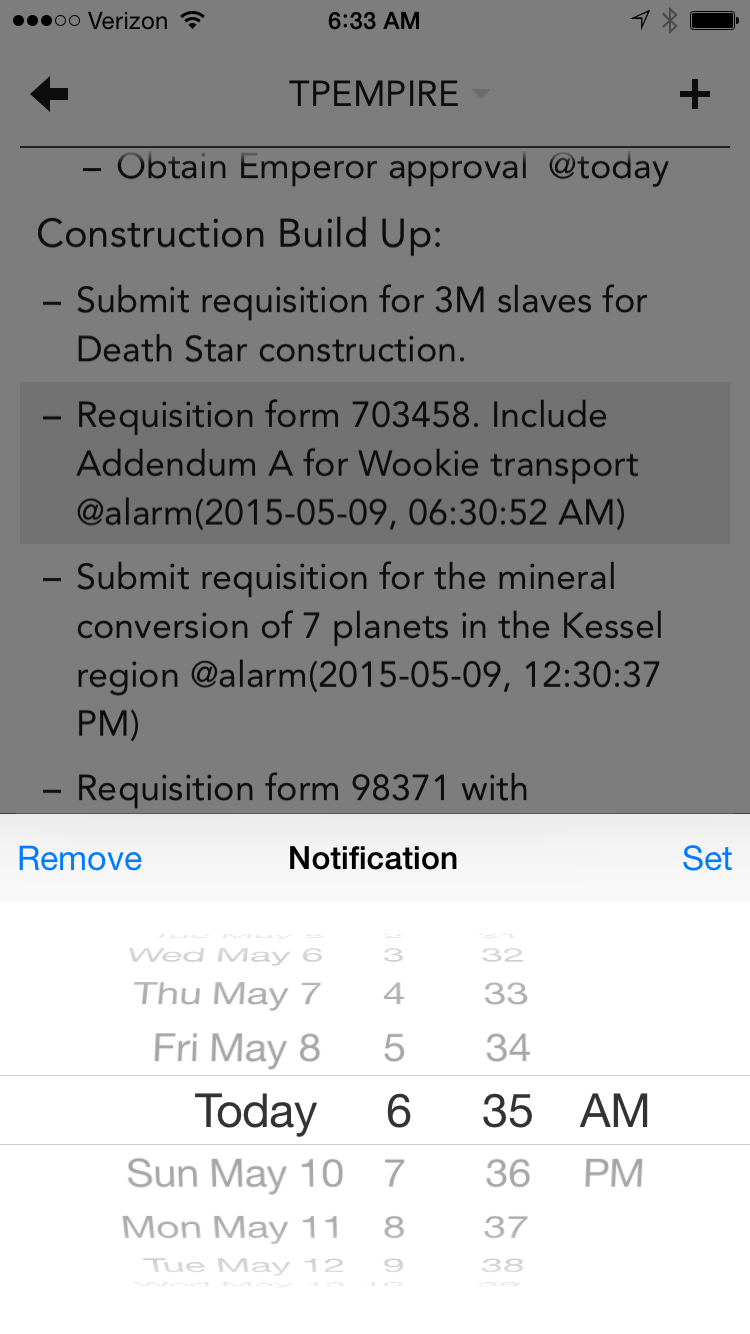 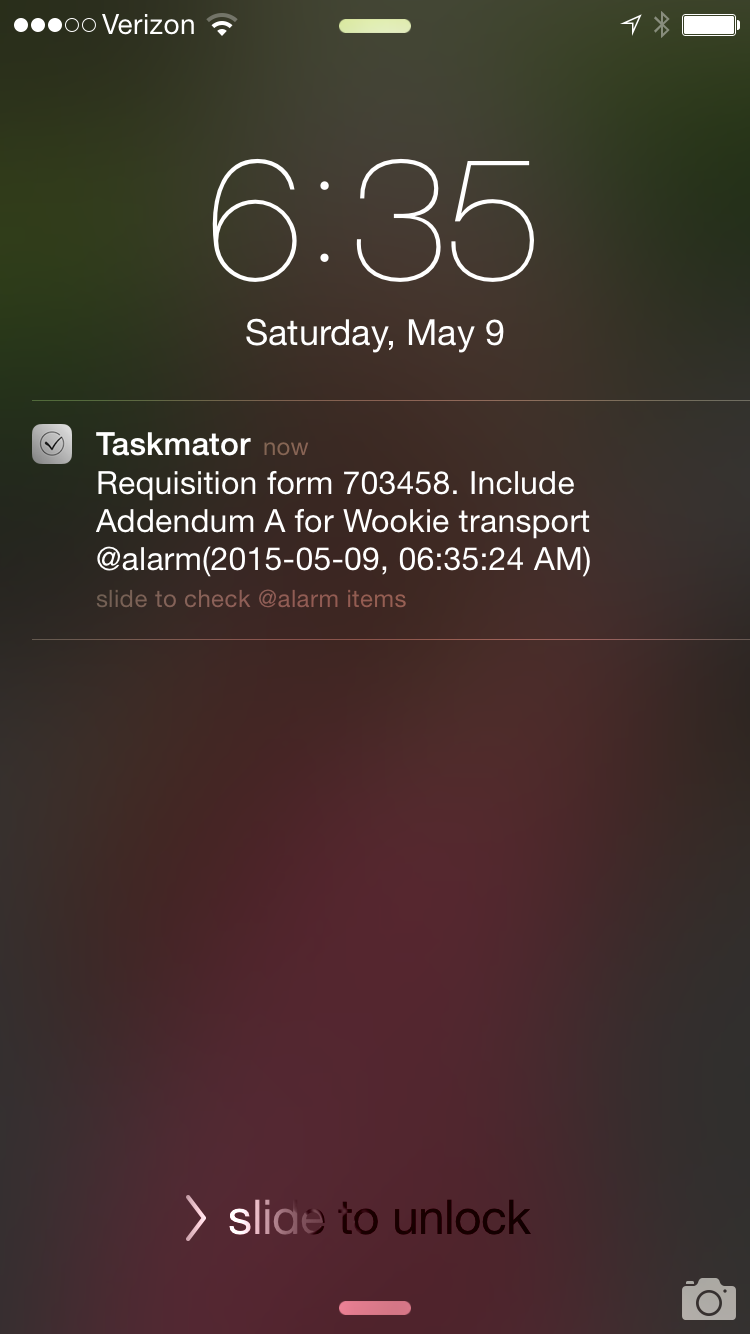 The Taskmator implementation doesn’t ruin the flexibility of plain text. An @alarm tag entered manually outside of Taskmator is converted to a notification once the file is opened in the app. This is the biggest weakness of the functionality. There is not sufficient background refreshing to keep notifications up to date on iOS without opening the file. If you are constantly checking tasks on your phone or iPad like I am, then there’s little concern. Taskmator processes alarm tags each time the file is viewed.

Editing and completing a task in Taskmator works as expected. Slide right-to-left on a task to open the data picker. The picker is pre-populated with the current date and time. Unfortunately, if there is already an alarm set, the picker is not updated to that date and time. It’s a minor issue in my regular use.

The standard TaskPaper-esque slide left-to-right on a task to mark as done also works. The task is marked with a @done tag and the @alarm tag is removed. 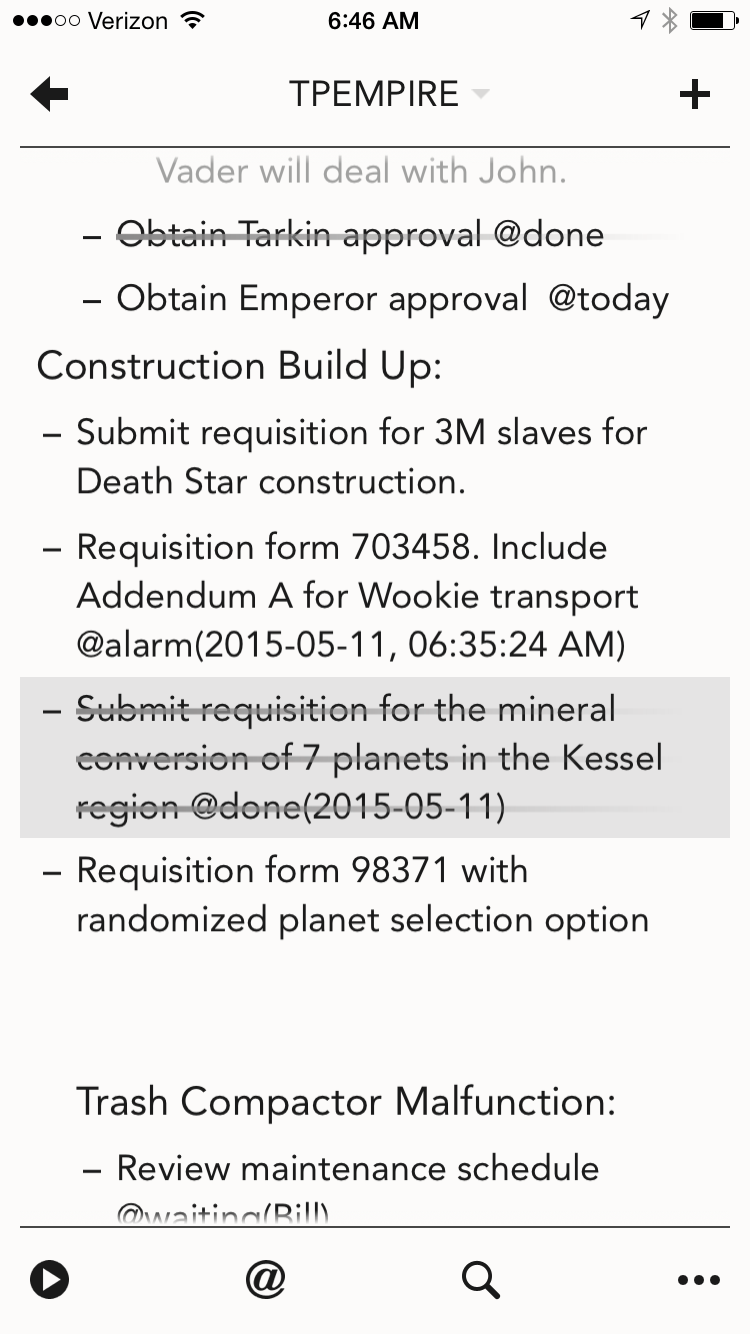 This is a great evolutionary step from the original TaskPaper app. I’m thankful Jesse made TaskPaper open source instead of killing it off because it has provided the basis for someone else to improve upon his work. The implementation also preserves the best aspect of plain text. I can work in Editorial for iOS and Taskmator or jump into Sublime Text PlainTasks or TaskPaper on my Mac. It’s up to me and there are few consequences.