This is what it’s like to be a nerd. As a computer-geek, my friends tend to think I have a lot of “answers” about computers. In reality, I spend more time making up problems than I do solving them.

For some unknown reason I decided I wanted to extract all of the beer style data from BreweryDB and create a nice portable concept map I could use in iThoughts. As this pointless project unfolded, so did the scope. The result of a few days of work is this Python script that accepts a generic XML and outputs an OPML file suitable for import into iThoughts, MindNode or even OmniOutliner.

In theory, the important part of this experiment was learning a bit more about working with XML in Python. I learned that lxml is very powerful and poorly documented.1 I also learned that the BeautifulSoup package for Python has some handy methods for modifying XML (most of my experience with it was parsing HTML).2

I think it’s reasonably well documented, even if it’s not very good Python. The resulting file can be opened directly in iThoughts. 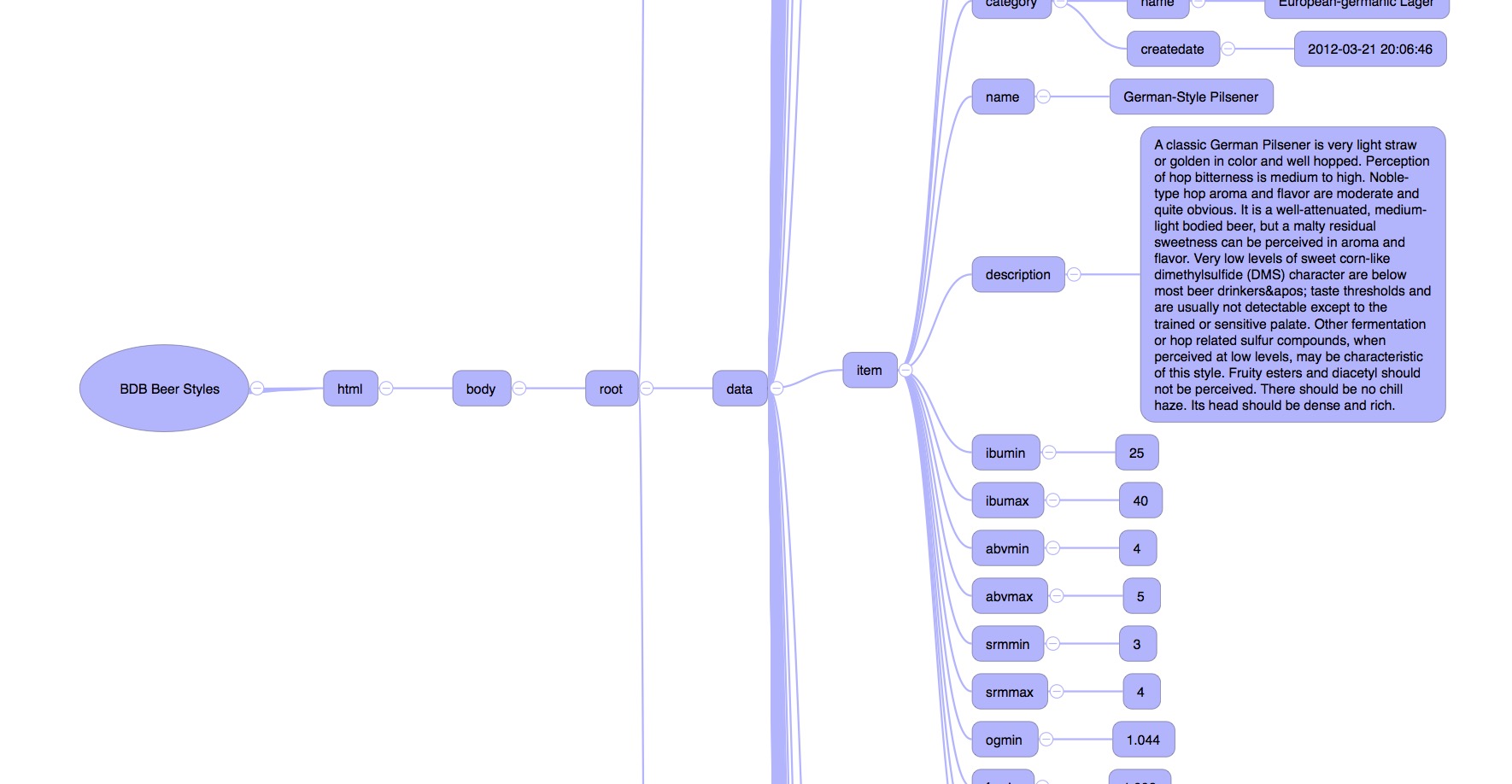 I deleted a few root nodes and applied a custom style template in iThoughts to get something rather nice looking. 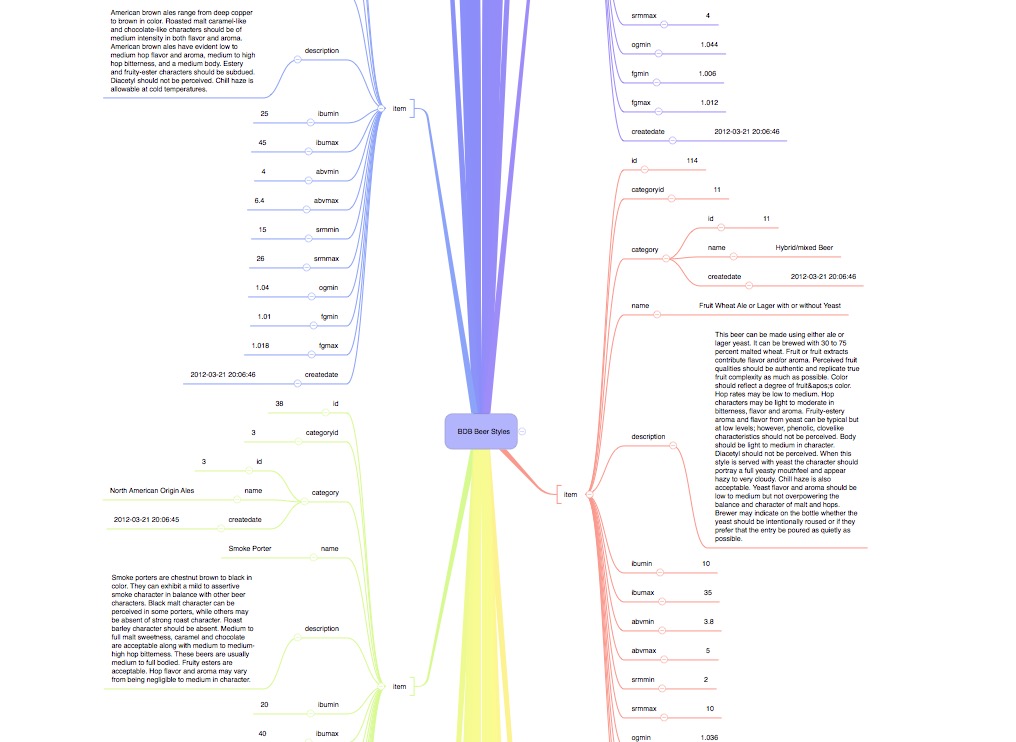 While this script was created specifically to deal with parsing the XML response from the BreweryDB API, I attempted to make it generic. It should work for most XML and should provide at least a start to converting it to OPML. I’ve tried it on the HTML source of a few webpages and it produced a concept map of the DOM. Pretty neat.

I guess I succeeded in my goal. I now have a pocket-sized concept map of beer styles. 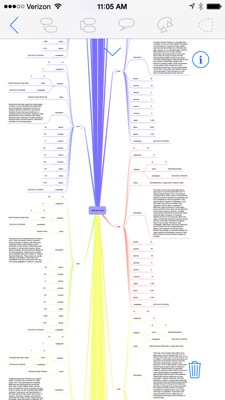