The Good Doctor describes why he uses Drafts. It’s one of my favorite iPhone apps, for similar reasons. But Drafts has really become much more useful since the Today Widget was rolled out.

Usually if I put some text on my clipboard, it’s because I want to do something with it. The Drafts Today Widget makes that really easy. I pull down form the top of the screen and hit the +clip button. A new draft is created with the clipboard contents already inserted.

I still wish Drafts supported Dropbox syncing so I could use it like an nvALT for iOS. A single place to start, store and search for all of my bits of text. iCloud syncing provides no advantage for me in my daily activities. Maybe the iCloud sync is good enough to act a as pseudo clipboard sync but it only works between iOS devices.

Instead, I find myself using Write for iOS and Mac. It’s a bit buggy and opinionated but it’s also really functional.

On iOS, Write syncs with Dropbox, has fast search and user editable actions. It can even post to FTP, WordPress, Tumblr, or even CloudApp. Check out this review of Write. 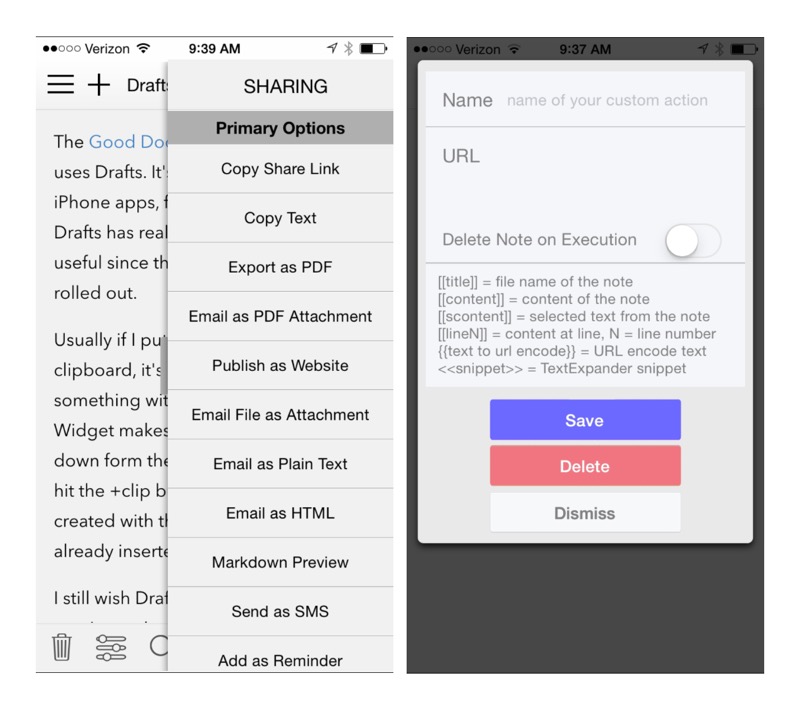 On the Mac, Write feels like a modern version of nvALT with support for multiple folders, tagging and custom actions. Searching isn’t quite as instant in Write but it searches content and titles. There are still rough areas but it’s a comfortable application to use as a jumping off point. 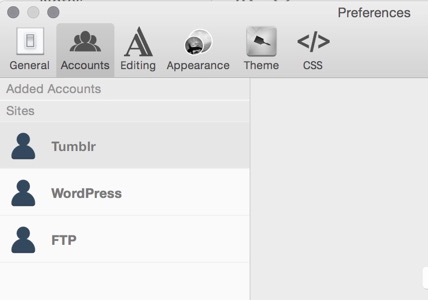 The menubar widget for Write on the Mac is similar to the Drafts Today widget on iOS. 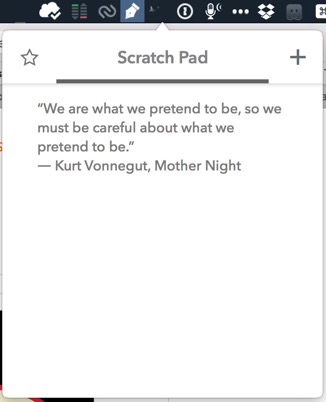 There are three tabs:

Just this menubar functionality makes me keep Write open. When I’m working on something with a bunch of references, I favorite the file to quickly return to it. I use the Scratchpad to capture all kinds of text while browsing and searching. Then it’s right there in my menubar.

I think Ulysses is a terrific nvALT alternative for quick note creation and search on the Mac. It’s attractive and the saved filters are really powerful. But I really dislike the link handling. It’s too overbearing to use as my primary writing app on the Mac. But, those filters are pretty nice.

All of this points to what I like about this category of apps. The entire point for me is to quickly capture and use text. Nothing is as fast as nvALT on the Mac or Drafts on iOS. There are some great alternatives but these are what I return to over and over.