Terminology 3 for iOS is out this week. This isn’t just an iOS7 polishing job but reinvents what Terminology is. If you are unfamiliar with the nature of the app, it started life as a simple dictionary app that relied primarily on the term.ly dictionary web service. But Terminology 3 climbs out of that pigeon hole and positions itself as a general query app. 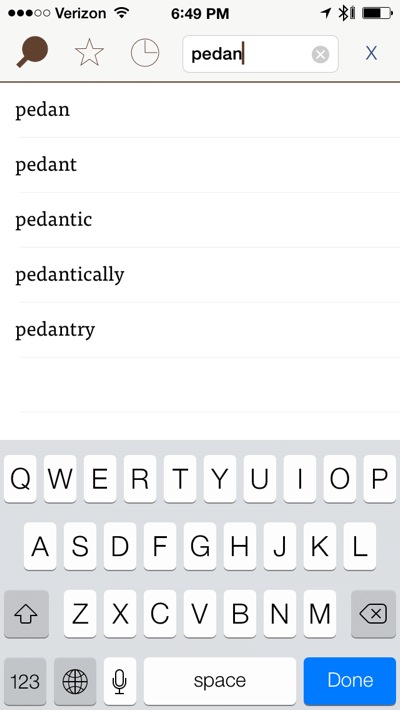 For just a few dollars, you get a nicely designed dictionary lookup app. Without any customization you can quickly find definitions and explore various aspects of the english language. But, the built-in dictionary can be limiting. That’s where Terminology goes beyond a typical dictionary app with action support. 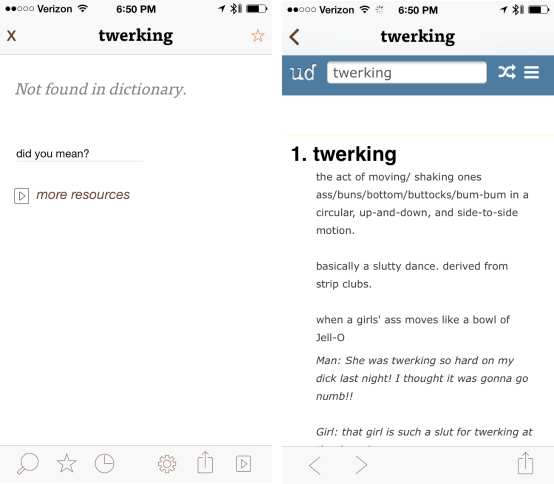 Actions are created using a basic URL scheme. If you are familiar with the text-actioning app Drafts, by the same developer, then this scheme will look very familiar. Many of the most useful actions can be installed without any manual coding. Just select and install the new action in the Settings » Manage Actions view inside Terminology.

Many of these actions open within the Terminology browser, but a couple launch other apps using their URL scheme. For example, the WolframAlpha app action launches the query into the WolframAlpha app if it is installed. Actions that launch apps are prefixed with a slight rounded square in the action list. 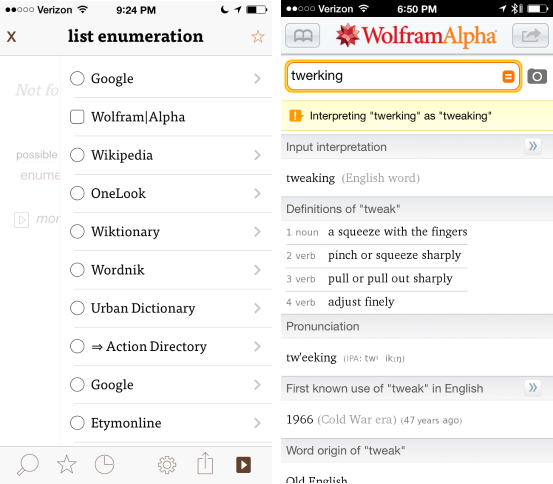 There are fair number of installable queries and more are available everyday through the action library. But why stop there. Have your way with Terminology and mold it into your own general query tool with custom URLs. For example, I have an action to query the Python docs: 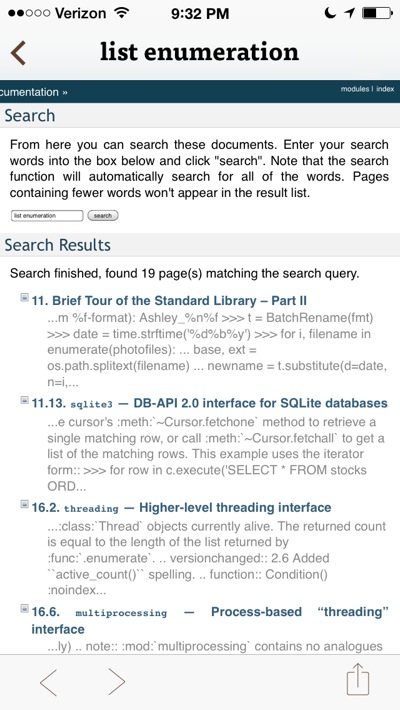 This is easy to accomplish with a new custom action and a basic URL. Notice that the [[term]] placeholder captures the user entered term for lookup:

Or how about a NerdQuery lookup: 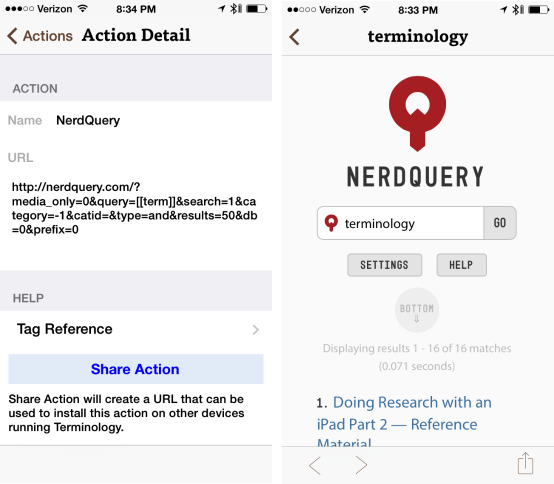 Here’s the query string for lookups on NerdQuery, which is admittedly quite a bit more complex: 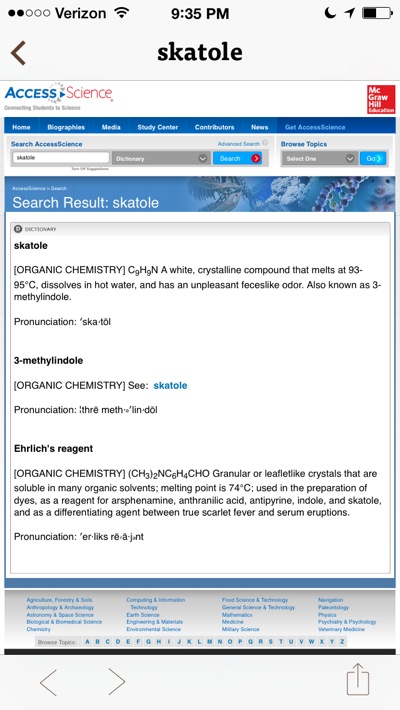 Finally, here’s one every nerd needs, a Stackoverflow lookup: 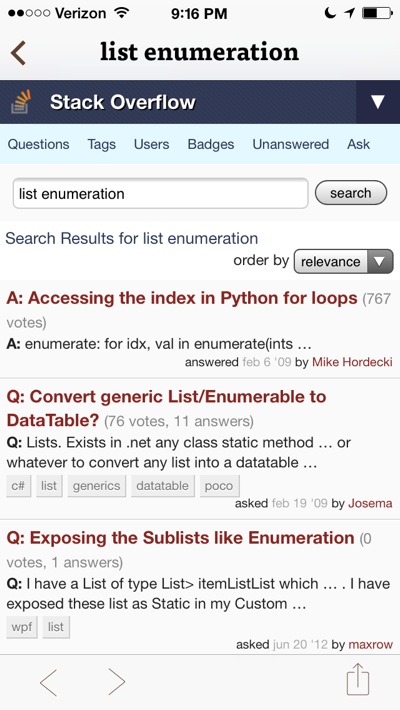 As a bonus, try this query for the StackExchange English Language site: