When ADN first launched, the communal discussion was about Twitter alternatives. Tent.is was the same.1 I preferred the Tent approach because it is designed to be a decentralized and individually owned social network. But the reality is that Twitter has a meaningful foothold and in a social graph the depth of the graph matters. Twitter has that depth. They may overestimate their value to the world, but when some nut jobs blow up a city people flock to Twitter. That doesn’t mean that ADN is a C-list actor though. However, it would be a shame if ADN just became a Twitter competitor. They’ve built a very interesting infrastructure for a generic messaging service. Yet, there are primarily Twitter clones built on top of it.

This will probably be surprising to some of my Internet pals, but I listen to the ADN podcast. I read the ADN blog. I’m probably more plugged into ADN than most of the people posting on ADN. I’m just not interested in the social network. The people behind ADN are extremely smart, but the story everyone seems to hear is that it is a Twitter alternative.

ADN is unique in one way. It is an infrastructure of communication. It is not a social graph. It is a graph. It is plumbing for services. I listen to Dalton on podcasts and he talks about features that are truly inspiring. But there are very few other people talking about the same story. There are some interesting glimmers, but the true value of ADN is yet to be realized for me.

Let’s take a walk through some applications built on the ADN infrastructure to highlight what I hope is its future. 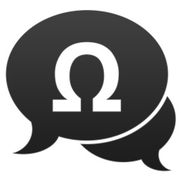 Project Amy is a good place to start, even if it is another social app. It plugs ADN private messages into Apple’s own Messages app. It gives messages a new, if not unique, set of plumbing. Sure, Messages also works with AIM, Jabber, Google Talk, and Yahoo, but Amy shows that at its heart ADN is infrastructure, not micro blogging. 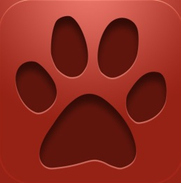 Patter is the modern IRC. It’s a thousand little discussion boards, both public and private. Patter is a service built on top of ADN for creating discussion “rooms.” For example, there is everything from a Python room to a room that listens to an R.E.M. album every week together. That’s pretty darn interesting. 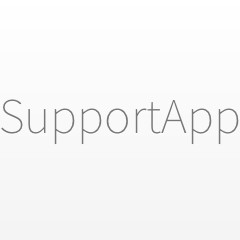 The Support App is an interesting extentsion of the common social network. It tracks support requests made through ADN and the responses from the developer. It turns ADN into a bug tracker and support line. It still depends on ADN Alpha posts but in an interesting way. 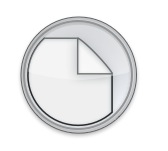 FileBase is a Mac client for the ADN file API. It’s a native app that looks a lot like the Finder. 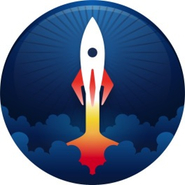 Orbit is a feature rich OS X menubar app for the ADN file API that behaves a lot like Droplr, or more precisely, how Droplr should behave. Drag files in and out of the menubar to upload and download. Right click to copy links or make files private. It is really a great little app on top of a great file sharing infrastructure.

AppNetDAV is a webDAV interface to the ADN file service. It’s a valuable option if you want to use the ADN file service with many iOS apps. While ADN is not well supported, webDAV is pretty common in the iOS world. Even apps like OmniFocus support syncing through webDAV. There’s also a Github repo of the source.

I have hope for ADN rising above the low bar of social network. Social networks are at the long shallow part of the innovation curve. Like email, they’ve reach a point of minimum functionality needed to get the job done. However, if ADN can make good on building a public infrastructure for generic messaging, I see a bright future that has no resemblance to Twitter.