With iOS 12 right around the corner, I’m feeling a little let down by the variety and power of “shelf” apps on iOS 11. Apple provided us with a new model to move data between apps and it was a great start. One of my favorite features of drag and drop was support for accessing the deeper content types of an object. Within the first month of iOS 11 I had six different apps for stashing little objects. But the enthusiasm dried up just as quickly.

Many of the early shelf apps saw an initial release and few updates. Some of the more popular macOS clipboard managers, like Yoink, took longer to make it to iOS and even then were much more limited. We’re over a year into iOS 11 and the field is thinning out. Recently, Workshelf went free with a statement that it is discontinued. I respect extra effort and honesty it took to push this last update but I’m also disappointed.

Galdys is still the leader in this category if you ask me. It’s feature rich and syncs between iOS devices. The release cycle is mostly focused on modest bug fixes rather than big new features. Like most of the App Store I suspect that it’s not much of a profit center for software developers.

I use Gladys several times a week to dig down to the different layers of an iOS object. Many apps share a link when I long press an image, but drag them to Gladys and I can quickly get to the actual image. 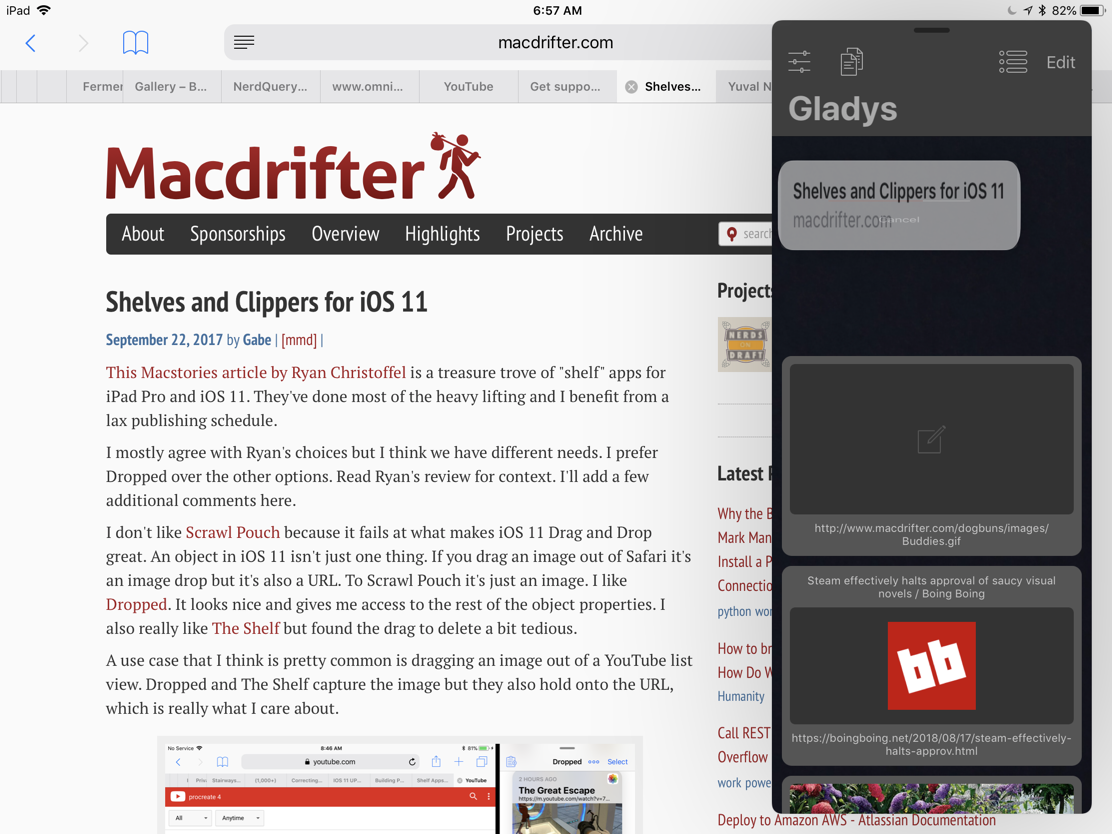 Apps like Gladys also help with a terrible implementation of Apple’s clipboard sharing. All too often, when I copy anything to the iOS clipboard, the content is gone before I get to an app to paste it. That’s because Apple’s clipboard sharing through HandOff somehow erases it. Instead, I drag items to Gladys and then drag them to the destination app. Because I’m not relying on the Clipboard, I have more control and a better experience.

Apple never made a clipboard manager for macOS. I have no hope they will make one for iOS. But, because the AppStore is heavily focused on games and mainstream apps, utilities like Gladys have little hope of reaching sustainability. With affiliate linking removed from the AppStore, I’m guessing this will only get more dire.