Use Paper (Or Not)

I’m skeptical of any proscriptive system that claims to solve the problem of information capture and recall. At one time the Franklin Covey system was the "fix" for a busy schedule. Then there was the miracle of the PDA that attempted to replicate the function of paper with the power of search. Today's reinventions on new hardware, like the laptop and the mobile device make some additional improvements. After years of working with all of these things I accept that there is no single best way to do any of it. 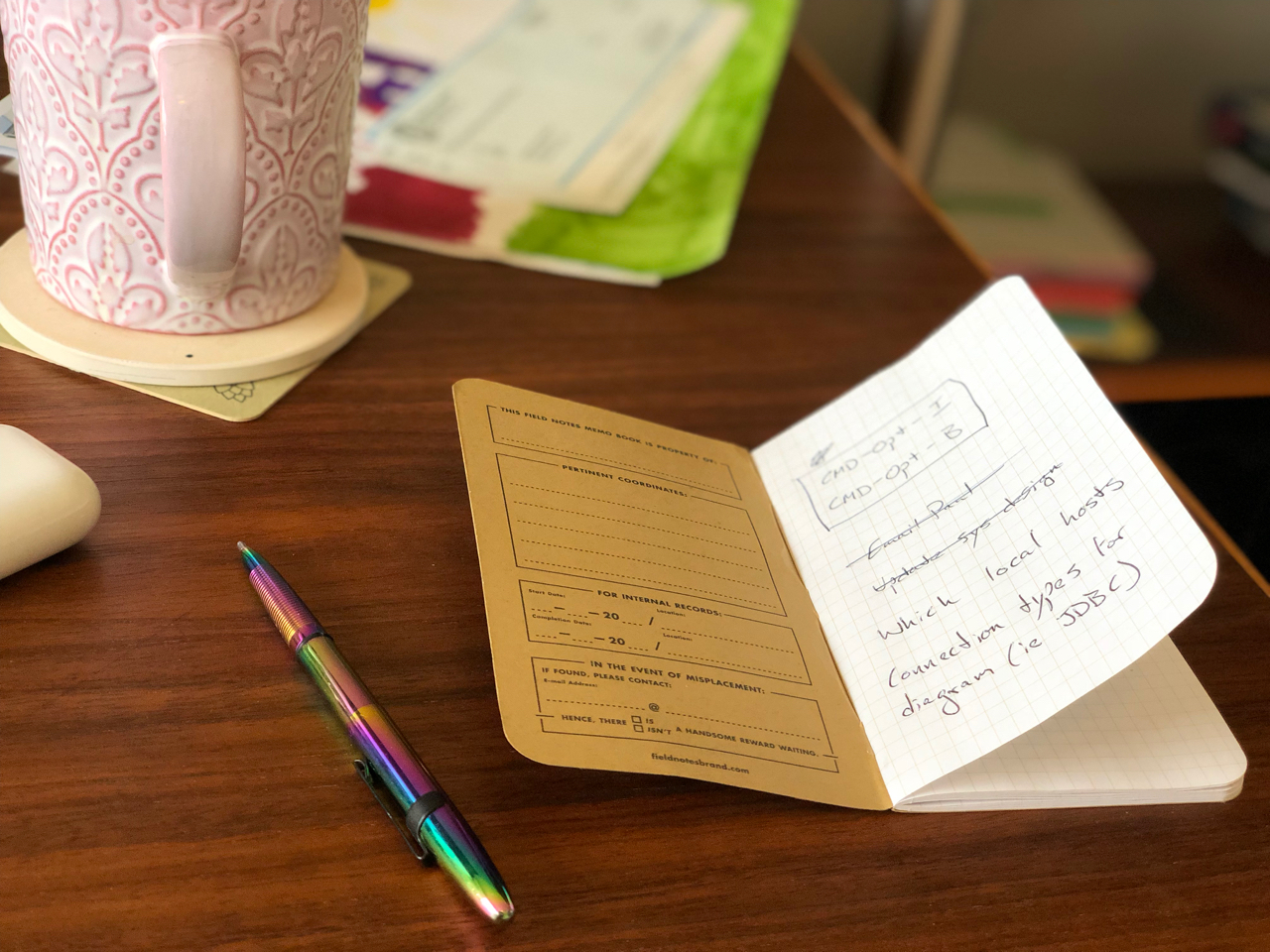 I've noticed a sharp up-tick in the popularity of paper and pens in the past two years. As someone that is frequently discovered to be cool only after a decade of being a nerd, this doesn't surprise me. Not because pen and paper is some all-powerful tool that was kept a secret from the Millenials. It's because different almost always feels better, at first.

My thesis is that digital tools like the iPad have been around long enough that we've forgotten the pros and cons of paper. With collective amnesia many of us are returning to writing things on tree pulp only to discover it's pleasurable and frustrating. This is great because I'd hate to see paper and pen replaced by digital usurpers.

My first "nice pen" was a silver-bodied Yafa purchased new in 1987. It was a hell of a pen. It was also completely impractical for a high school student. I look back at using that pen to write essays and trigonometry exams wistfully but also with a bit of embarrassment. This helps me when I consider buying new fountain pens.

Here's the thing about that pen (and many others I loved), until very recently I still had the notes I created with them. They were still readable. They still functioned exactly the same way three decades later. Sure, they weren't searchable. For many years I had no idea where they were. Then one day I opened a bin in my attic and found notes from college. As a technology schizophrenic I immediately thought to myself "I should scan these so I have them on my computer FOREVER." Now, I have no idea which backup drive I put them on.

I also love notebooks. I use them everyday but I've come to appreciate their weaknesses. The convenience of writing and drawing in a notebook is so powerful that my wallet is a notebook.1 But, when I'm in a meeting and I forget my notes back in my office it's deflating. What good are meticulous notes that are only available in one physical place at a time? 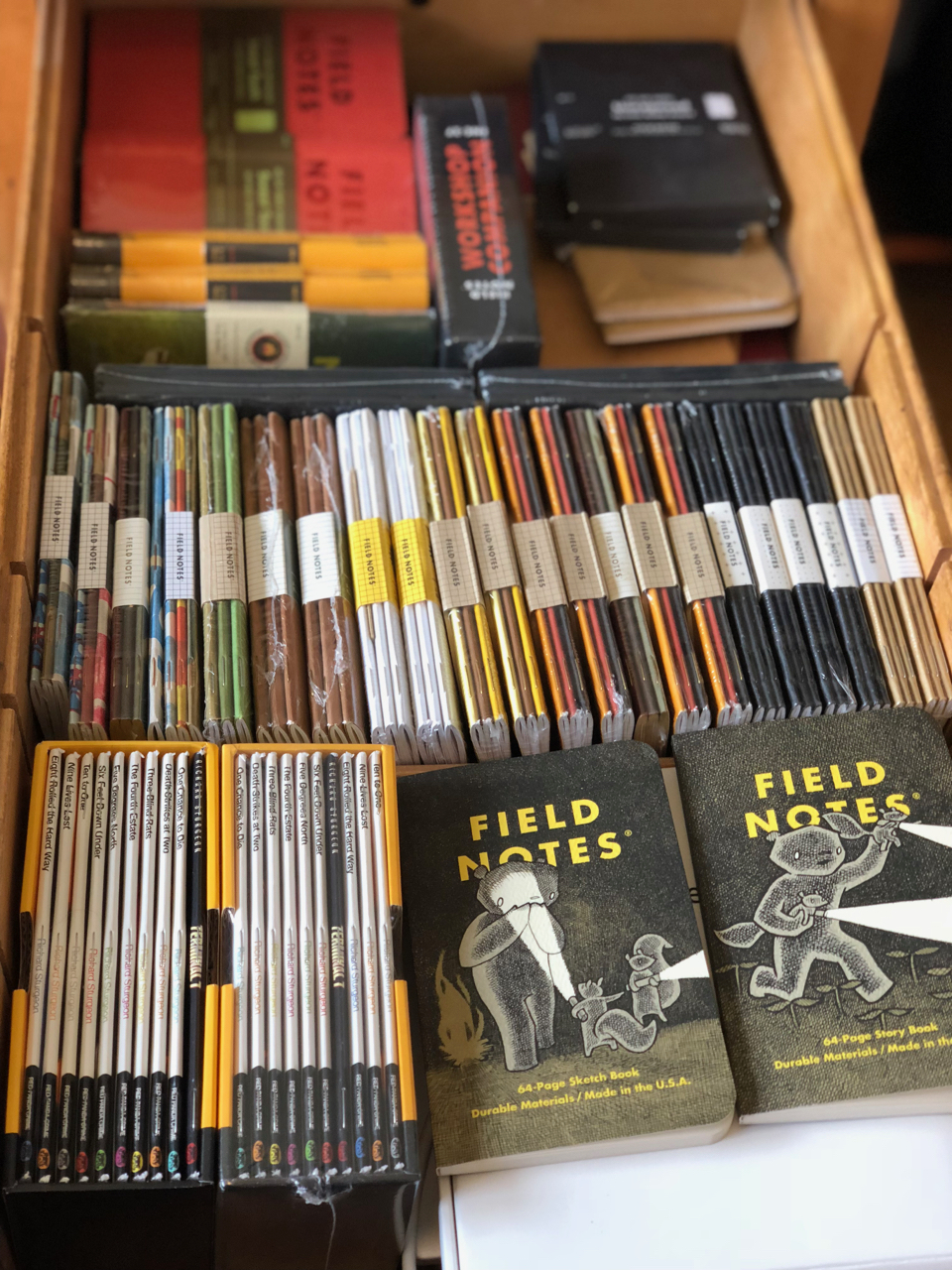 I use paper as an inbox. Thinking and planning can start on paper but it's never the final resting place. I prefer Field Notes because they are inexpensive but they hold up well. I don't care that much about design but I do appreciate a good paper stock and a dot grid. They're also small enough to grab and go without a juggling act.

I also still really like digital notes. I can usually find them more easily and they are available almost anywhere I have access to a computer. I guess I'm note-fluid. I use whatever feels right at the time. I'm not going to pretend that one method has a magical benefit. Pens feel nice on paper. It also feels nice to find a piece of information when I need it.