FTP Upload with Workflow and Transmit on iOS

I’m moving some of my Mac scripting solutions to iOS. One of my favorite Hazel setups on my Mac is for uploading files to an SFTP server and returning a URL for the file. I use this for almost every blog post the has an image. I select the file with Alfred and move it to a folder named “FTP” which is monitored by Hazel. There’s no other action required other than pasting the URL in my draft article.

I needed something similar on iOS and figured the most direct solution would be provided by Workflow. This Workflow depends on Transmit for iOS to do the upload and provide back the URL. 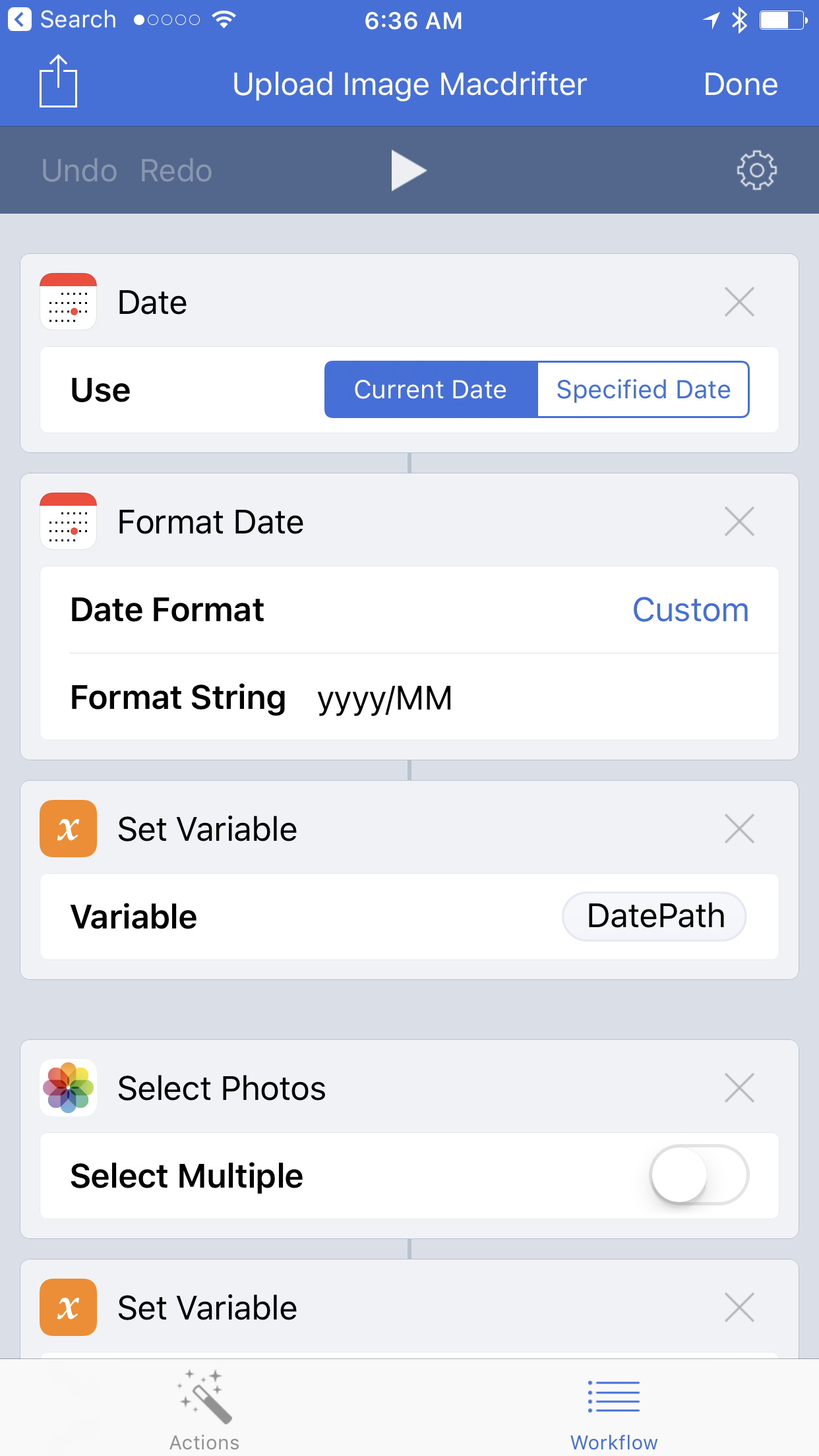 The biggest trick here is that I want the files uploaded to the current year and month directory on my server. With just a little variable munging in Workflow it works by selecting an image from the Workflow photo picker and then optionally renaming the file. Workflow hands off the file to Transmit for uploading to one of my “favorites.” 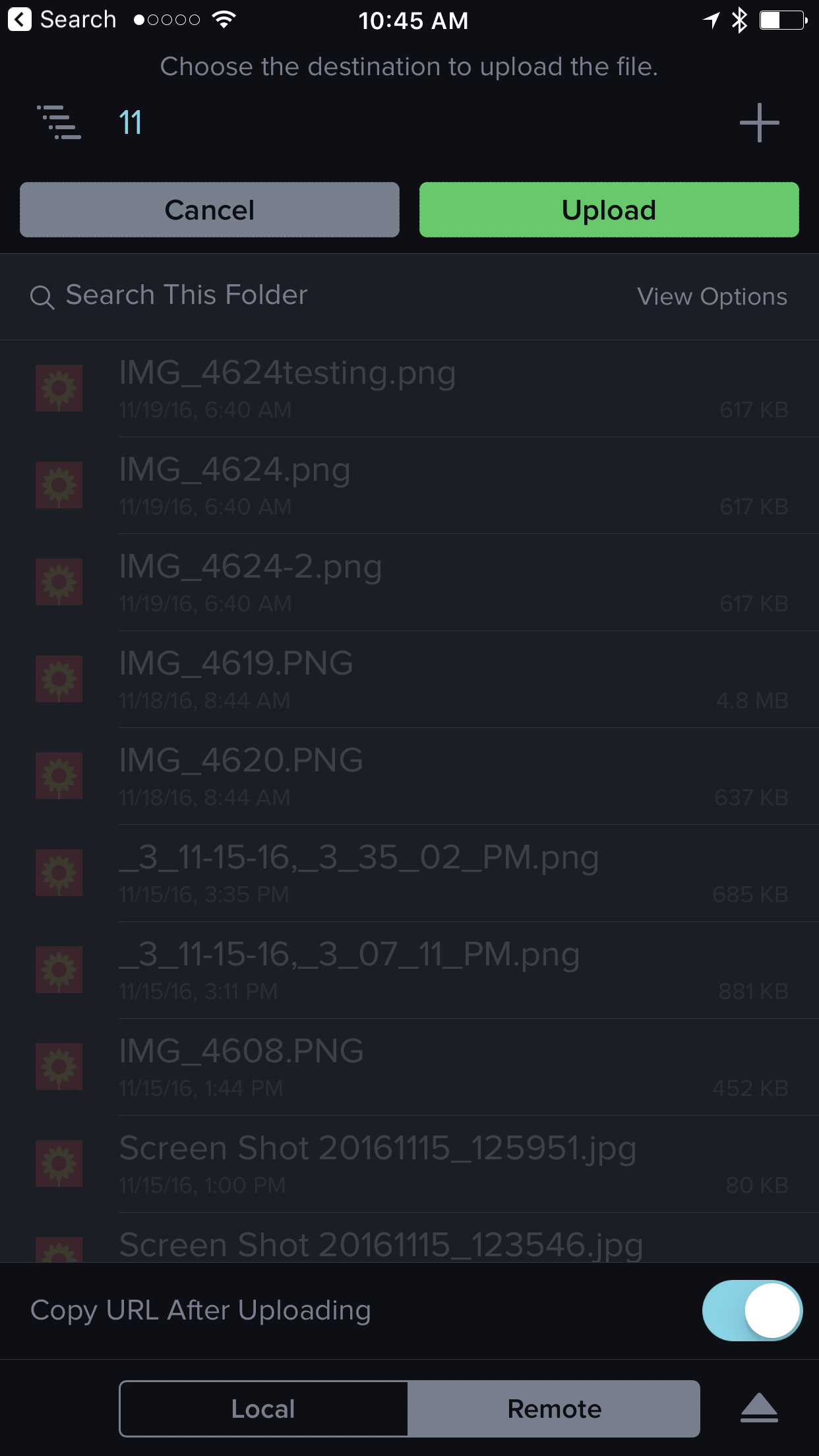 I like this method for a couple of reasons. First, Transmit already holds my credentials for the server so I don’t need to put them in Workflow at all. Second, the Workflow action can sync to my other iOS devices. Third, it’s really simple to modify. I could do this in Pythonista (and have) but the simplicity of Workflow is hard to argue with. I don’t need a great U.I. for the upload, I just need it to work with as little effort as possible.

This could also be accomplished with just Transmit but it was too many steps for my taste. Which is my general complaint about iOS when compared to the Mac. Maybe it’s my love of keyboard shortcuts iOS just takes so much more thought to use.

As a side note, I like the options in Workflow to connect with other apps I already use, like Drafts. 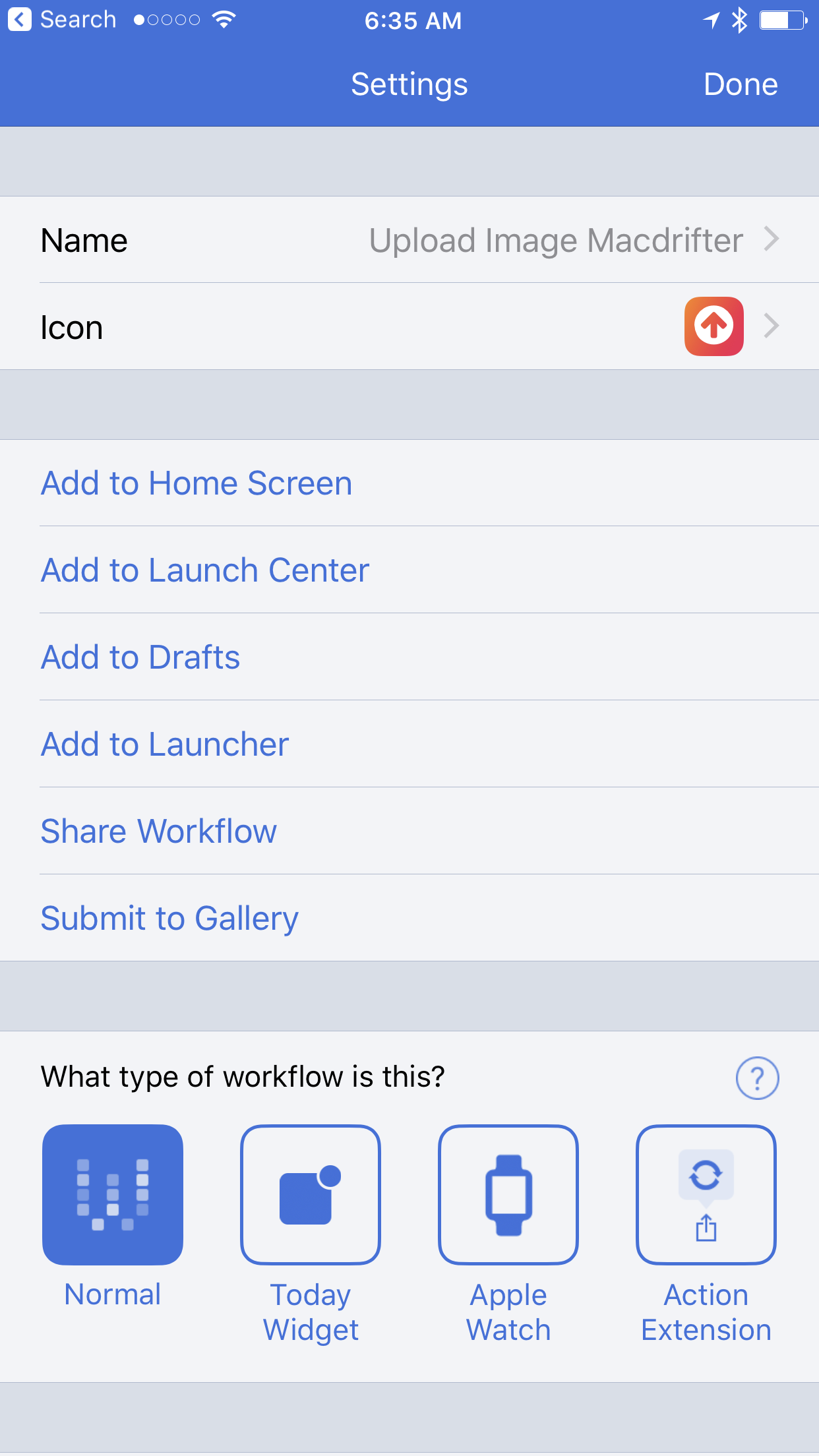