Computers will serve us, they said.

Our every whim will be provided for. We only need to ask.

And now it’s all this.

These days feel new. Every six months my access to and control of knowledge is noticeably faster and easier. The spread of computational power into even the most mundane device is mesmerizing and sometimes bewildering. Some days I feel like I’m in a movie.

While I’m thrilled with the new natural language of A.I. control, the current fascination with voice commands concerns me. Viv, from the creators of Siri, is on the horizon and now there are rumors that Apple is opening up Siri to developers. This trend line has a positive slope and I don’t like where it’s going.

I’m not against voice input but my fear is that it’s viewed as the obvious future of interfacing with computers. I think voice input is mostly inappropriate.

I don’t like to make a spectacle. Speaking commands and questions to my phone in public is a spectacle. I also have children and coworkers and as much as Amazon would like us to believe it, most of the world is not ready for conversational computing. Over 50% of the time, my daughter walks through the room singing while I’m attempting to ask my Amazon Tap for the weather.1

My hope is that new apps adopt input models like the search-by-voice app Hound.2 Most people know Hound for it’s listening skills. It can identify songs or find a restaurant with just a few voice commands. I think very few people know that Hound also provides keyboard input. Unlike Siri for iOS, I can type in any command in Hound just as well as speak it. 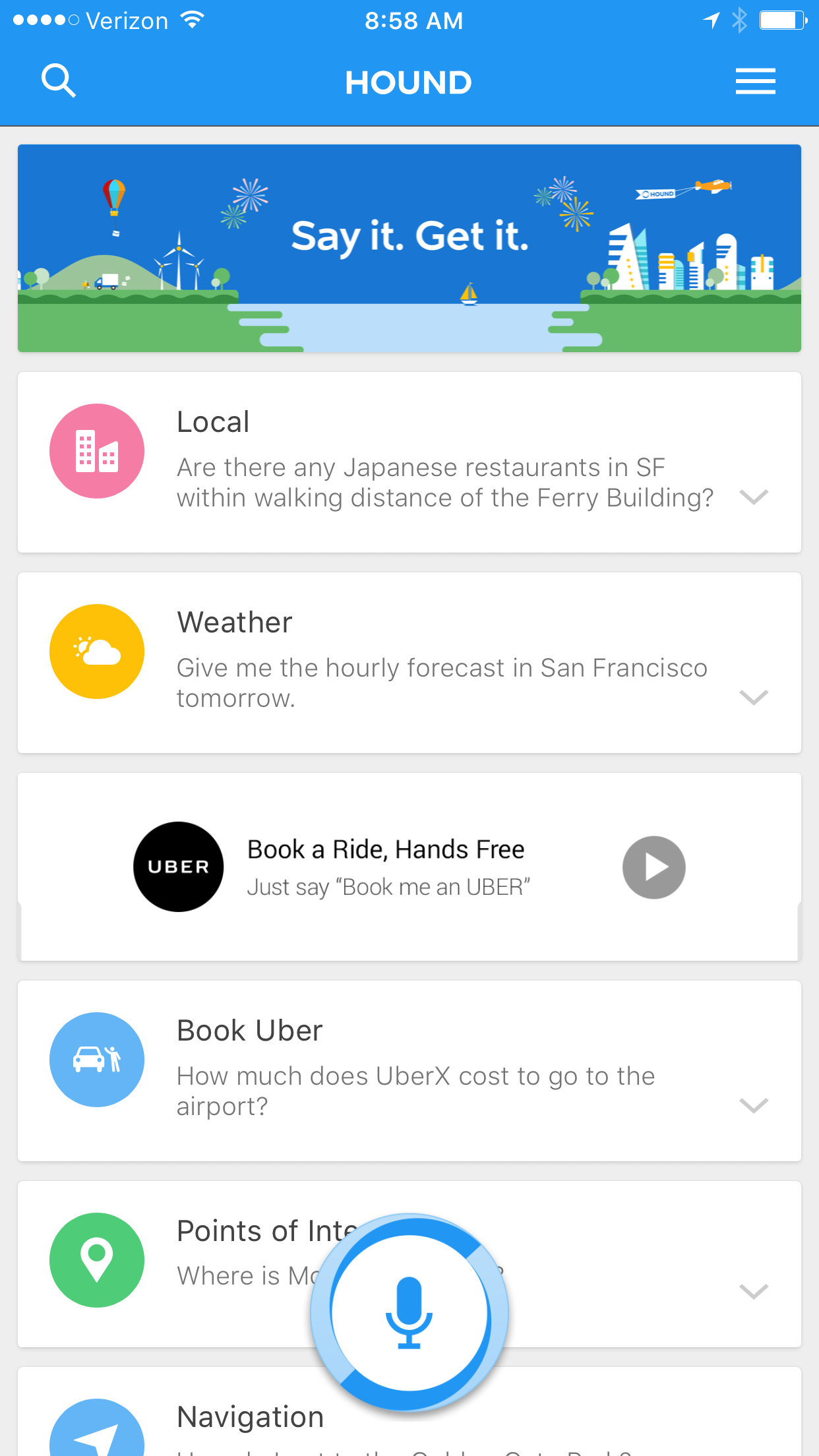 Hound is only a few steps behind Alexa in capabilities but, then again, it’s always in my pocket. It’s also not a distraction to coworkers when I’m trying figure out when the next holiday weekend is. Hound does a terrific job of responding to many complex questions and serves me well as a general assistant, without raising my voice. 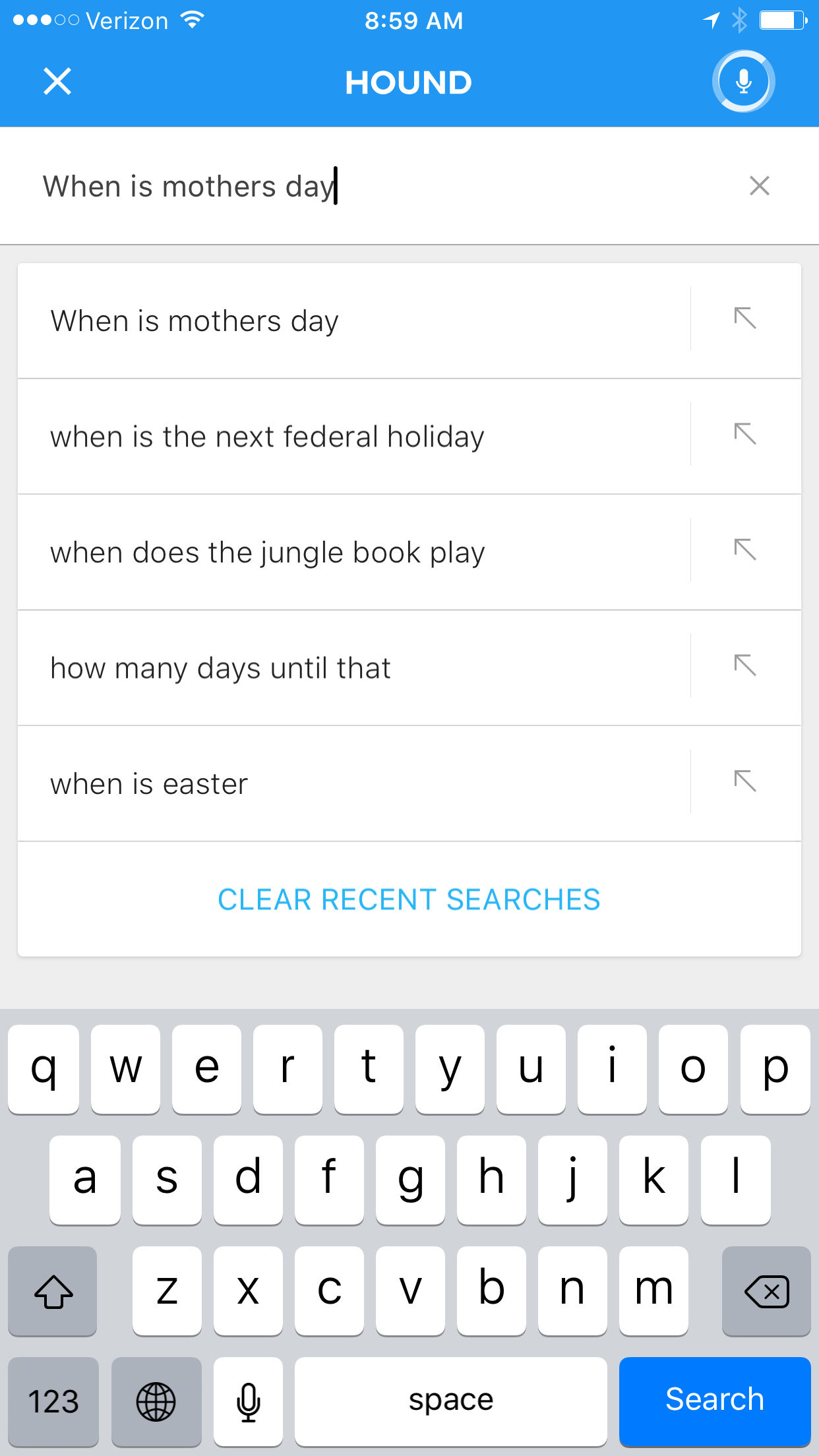 Hound is excellent at multi-part questions and is able to revise or refine queries on the fly. But, as with most current A.I., it’s stronger in the “artificial” than it is with the intelligence. 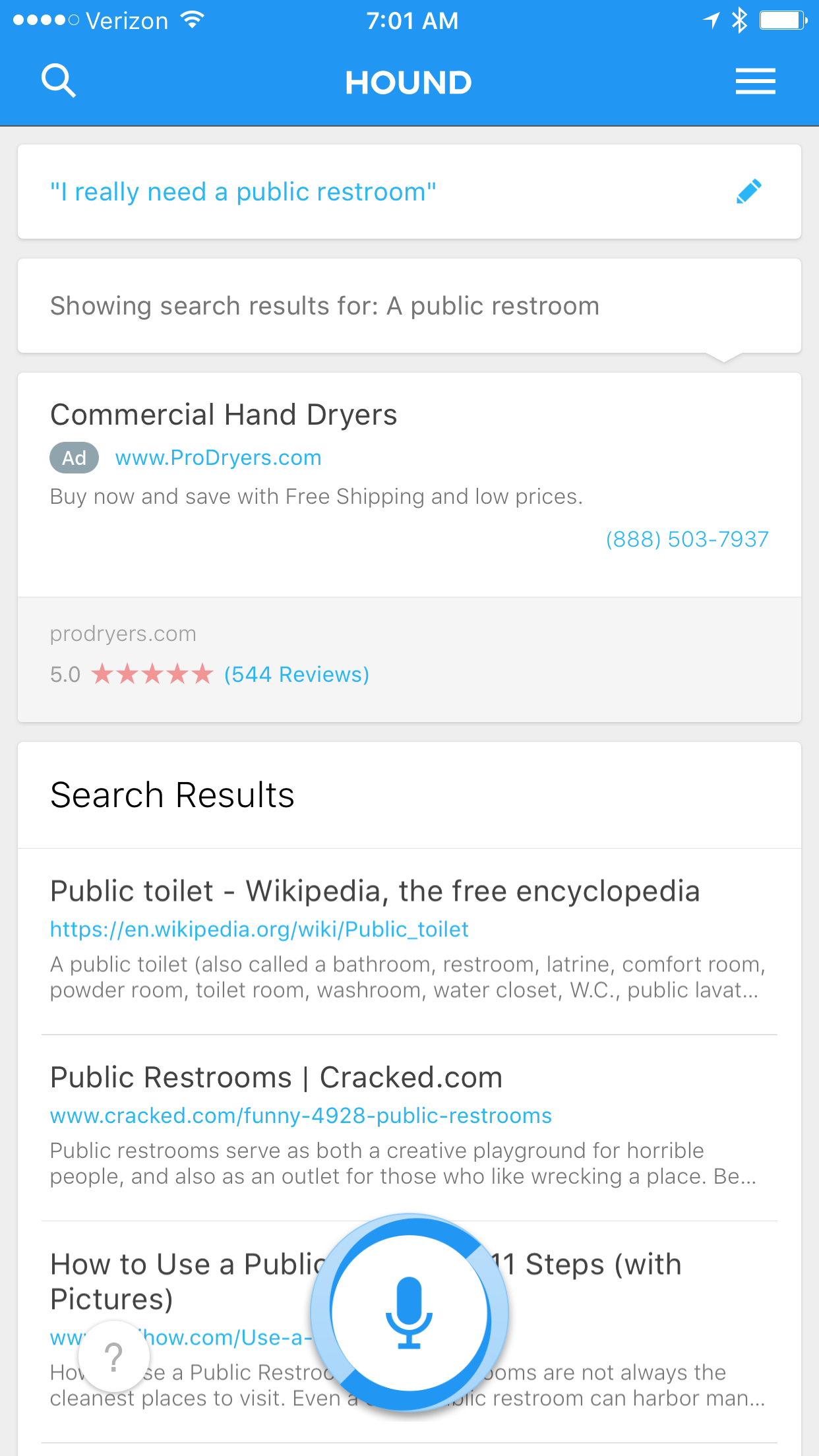 While there are many purpose-built apps that do a better job at one thing or another, I like Hound because I can change what I’m looking for without switching apps. The Foursquare app might be better for finding coffee shops, Hound allows me to search for coffee and ask about the latest news while I walk there. 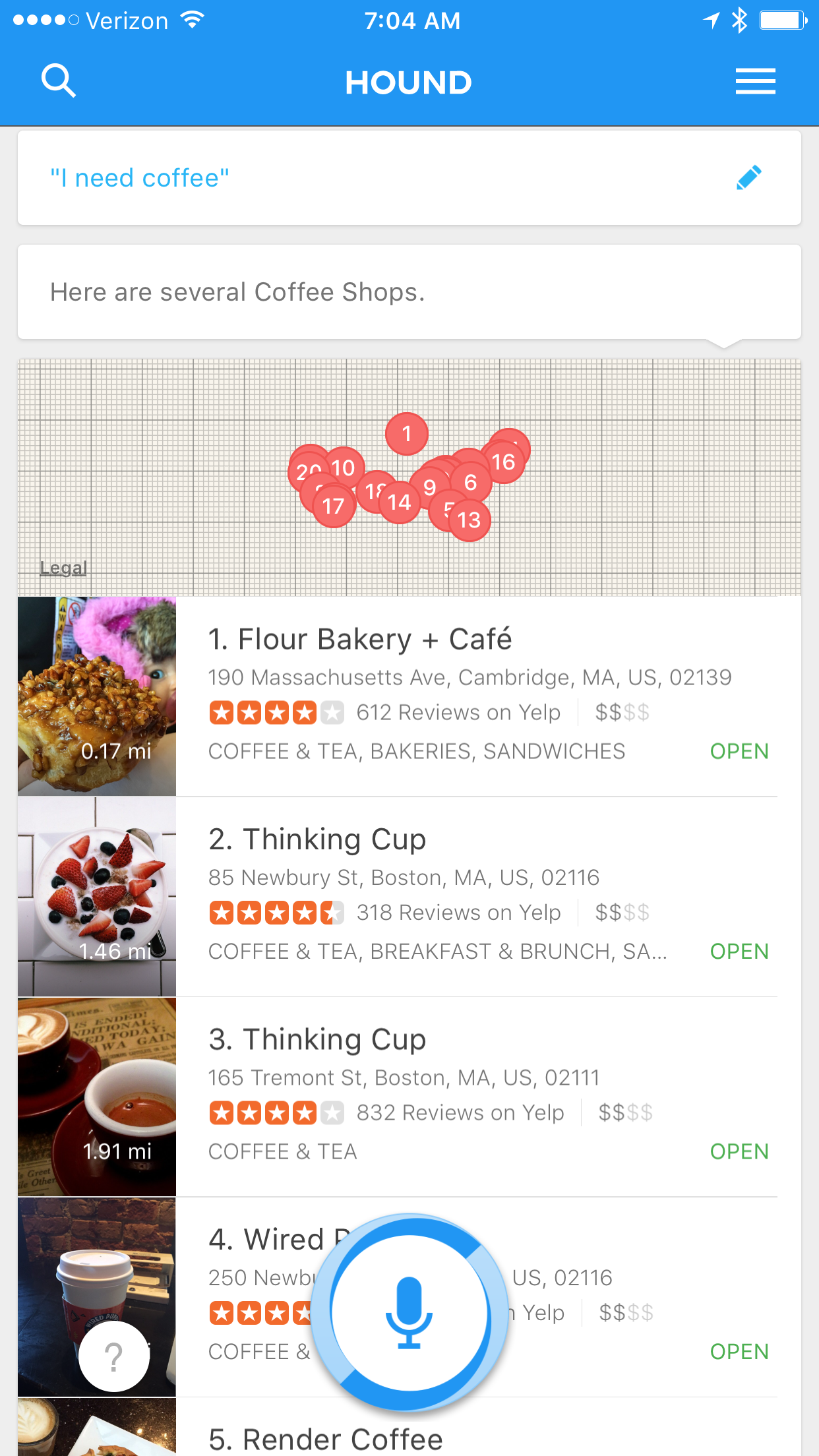 Voice control is finally more than a few janky AppleScripts strung together on my Mac. Speech recognition has hit a usable point and that’s exciting. My hope is that speech is just one input method we build our future on. We’re in an exciting new time of the information age. Let’s not forget that old doesn’t many irrelevant.