The alternative keyboards in iOS 8 seemed like a nice idea but switching was painfully slow. That little globe icon was like a nuclear bomb to my productivity and it was far too easy to hit accidentally. But the performance of keyboard switching in iOS 9 is greatly improved.1

I like Uniconsole because it gives me access to Emoticons which I think are much more expressive when texting stupid crap to my wife. It also has search. 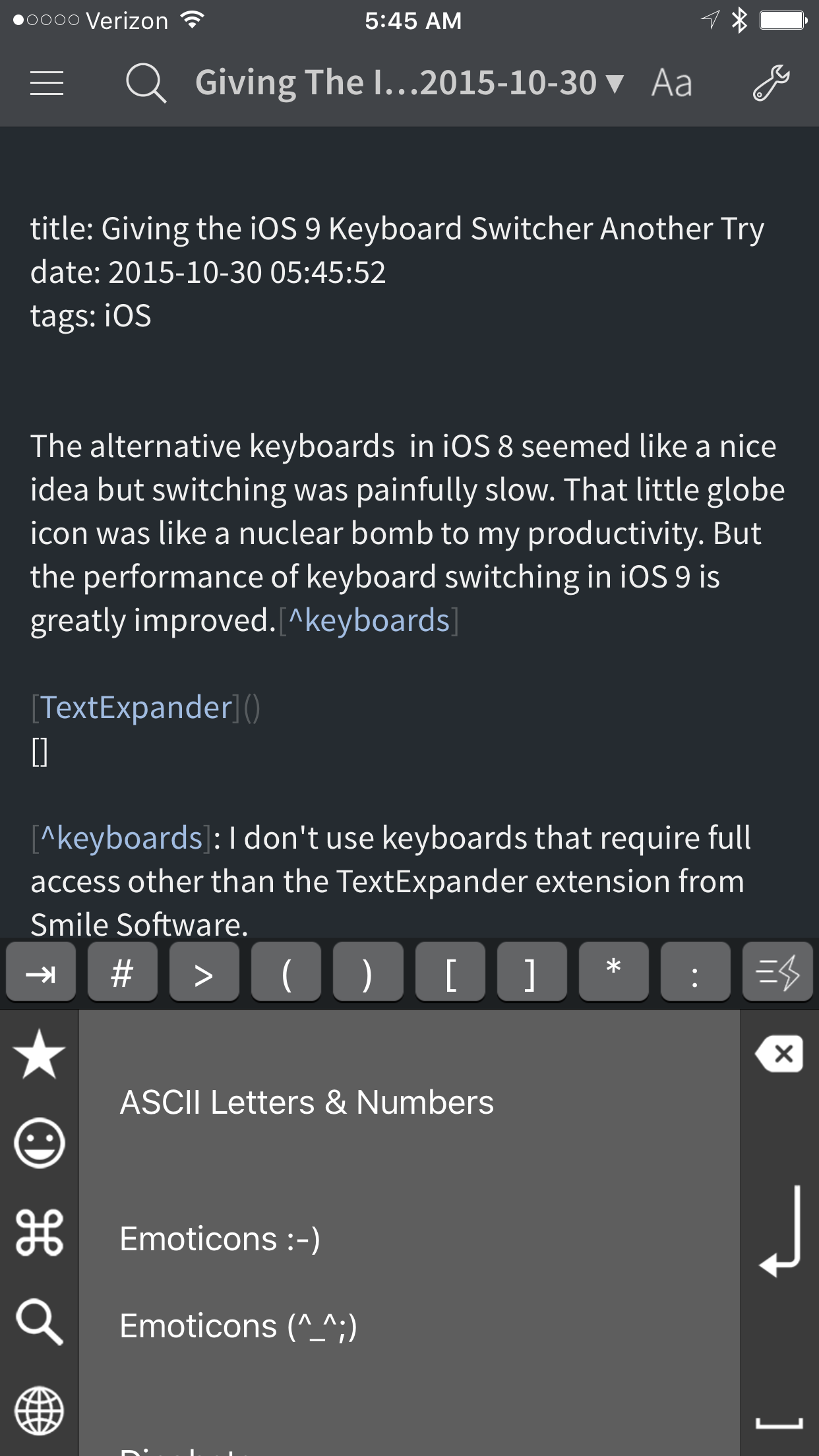 TextExpander is pretty great for snippets and now includes JavaScript support for doing some crazy stuff like timestamps.

Copied is just a terrific clipboard manager for iOS. There's the added benefit that tapping a single button lets me paste a link as Markdown. 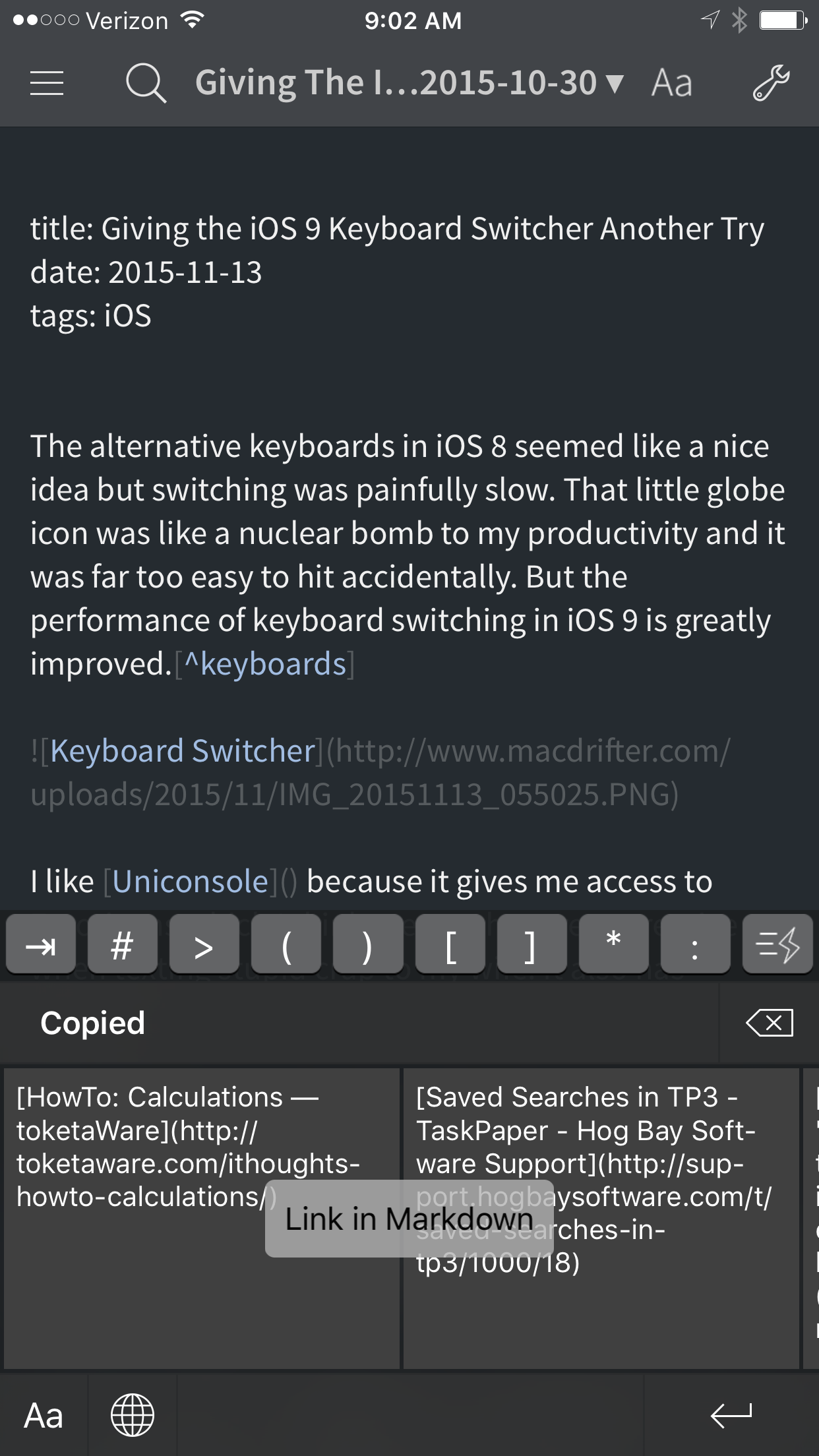 The iOS Emoji keyboard lets me long-press to jump back to the standard keyboard. Unfortunately that's not available in the other keyboards. So my trick is to put the Emoji keyboard second and my other most used (Copied) last. If I accidentally trigger the keyboard switcher then I long-press to get back. If I want to jump to Copied, I long-press and select it. When I'm done then it's one tap to return to the standard keyboard.

None of this is ideal. The keyboard switcher is still too easy to trigger. The positioning of the keyboard selection key is non-standard in TextExpander and it no longer seems like they are working on the feature. But it's better. This configuration is a nice balance of functionality and inconvenience.