Round Trip MindMeister Concept Maps to MindNode or iThoughts on iOS

I use a heck of a lot of concept maps when I plan.2 But, because I work on Windows part of the time and because MindMeister has terrific functionality for collaborating on maps, I spend a fair amount of time in their web app.1 Unfortunately, their iOS app is not very good when compared to highly polished apps like MindNode or iThoughts. But, their collaborative features and ubiquitous access keeps me as a paying customer.

Until recently there was a bug, somewhere, that prevented easily sending maps from MindMeister to MindNode. It's now been fixed, which allows me to (at the very least) send a map from one app to the other. This isn't as ideal as MindNode working with the MindMeister API, but it still works darn well.3

Here's an example map from MindMeister that I generated for a recent episode of Technical Difficulties. 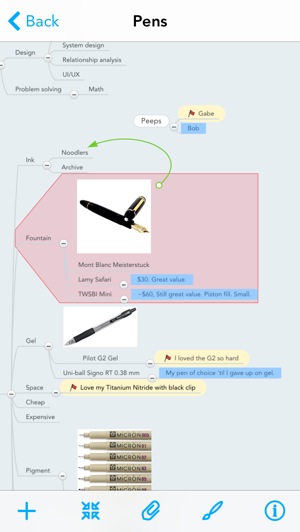 It's a nice example because it contains formatting, icons, arrows, images and boundary formatting in MindMeister.

Starting in MindMeister, select the map to send to MindNode or iThoughts (tap the information icon in the lower right corner): 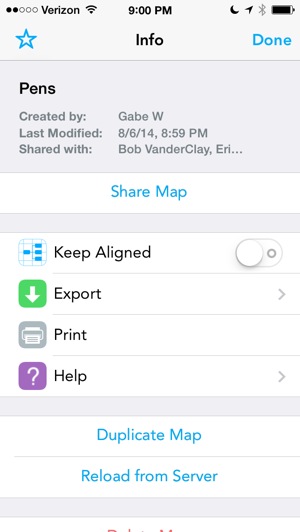 Export the map in Freemind format and then select either MindNode or iThoughts for iOS to open the file. 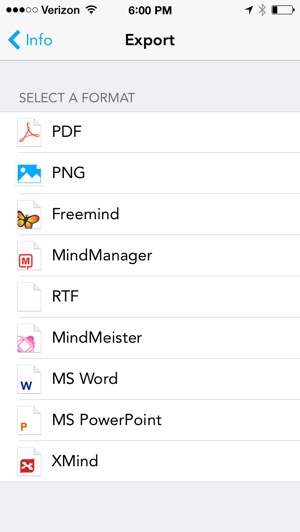 The map is transferred without issue and opens right up. Unfortunately images are not included with this export format. It's just the text. 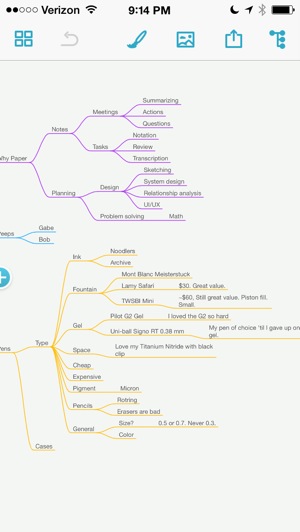 But if you export to the MindManager format, you can send it to iThoughts and all of the images are transferred too. 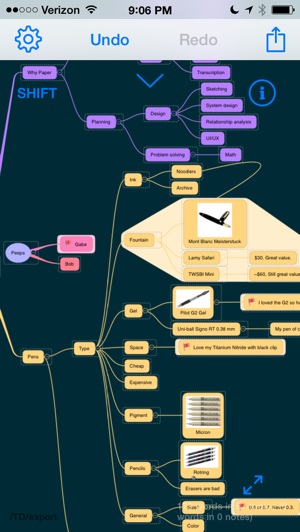 Reversing the process is simple. Starting in MindNode for iOS, export the map. Send the map to the MindMeister iOS app, which will offer to import it. 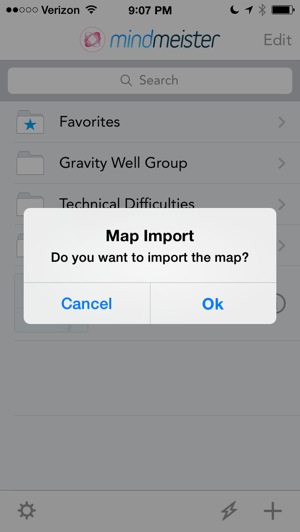 The dissapoint is that MindMeister for iOS will only import basic file types like Freemind and not the MindManager format. Weird, right. It exports a format that it then refuses to open. So, if you want the convenience of sending maps between apps, don't use images or other attachments.

It sure would be nice if this worked more smoothly. I'm happy to use each app for their particular strength. MindMeister is superb for collaboration and web access. MindNode is beautiful, simple and easy to read. iThoughts provides fast input and is terrific research tool. I use each for a different mode of my work. There's no single complete package, but I'm glad that there is at least an interchange format that mostly works.