DEVONtech is sponsoring Macdrifter again this week. They make terrific software and they are a consistent supporter of this site. Both are good reasons to check them out.

This overview describes a sponsor's product. It happens to be something that I use and think is really great. The ideas and words in this post are mine because DEVONthink is great.

DEVONthink treats groups just like directories. It's a convenient way to group related information and organize a large document repository. But there are subtle differences between a folder in the Finder and a group in DT. 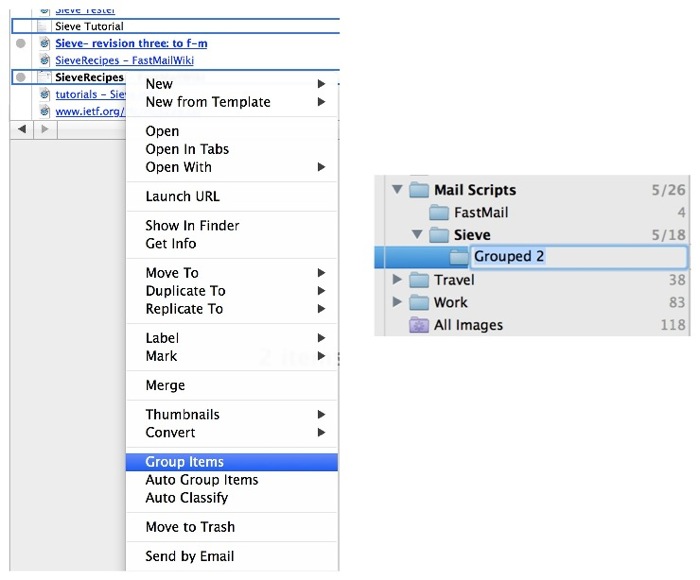 Groups in DEVONthink are really just tags that are viewed like folders. To prove this, right-click on a database to see the properties, then un-check the "Exclude Groups from Tagging." After that, a group name will show up just like a tag. And don't worry about conflicting tag and group names. DEVONthink is cool with it.

Tags and Groups in DT are both hierarchical arrangements, but if you drag a file from one group to another, DT replaces the old group tag with the new one. In that way, groups behave as folders. If you want a document (or an entire group) to appear in multiple group folders, then it's as easy as creating a "replicant", which is similar to an alias.

Replicants are highlighted in the DT interface so it is clear that it points to another file somewhere else in the database.

To examine the details, choose the file (or replicant) and get Info on it. All of the group tags and replicant information is plainly visible. 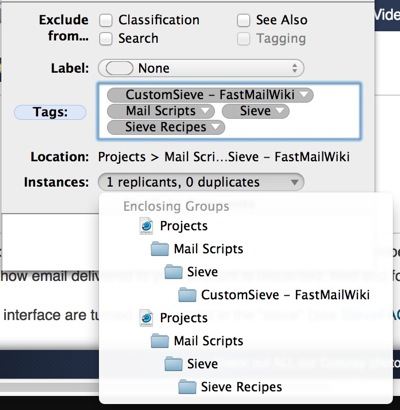 Since groups are just tags in DEVONthink, it's just as easy to ungroup items as it is to group them. Just select the group, right-click and choose "Ungroup." The group's folder will vanish and the files will be moved up one level in the grouping hierarchy.

Getting comfortable with combining Groups, Tags and Replicants in DEVONthink means you get an entirely new way to think about document associations. The real power comes when you combine grouping and tagging with DEVONthink's powerful AI.

While Grouping documents provides structure, the process of grouping can often become so time consuming that it prevents us from making effective use of a complex hierarchy. DEVONthink helps out here too.

The secret weapon in all of the DEVONthink products is the intelligence built into the Classify and Related document view. Hit ctrl+⌘+S to open the Classify view (also available in the Data menu). Select a file to see suggested groups and related "See Also" files. 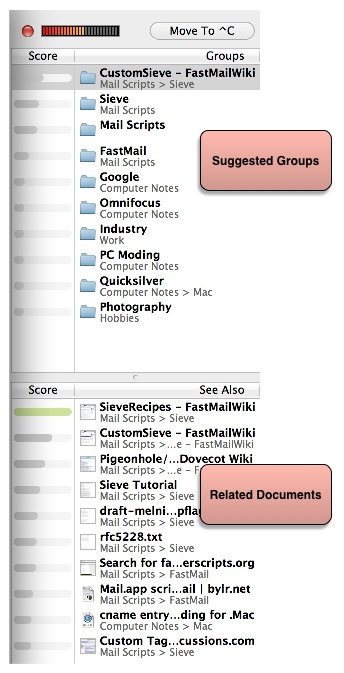 File relationships are not just items with the same tags. DEVONthink looks at the content of each file in your database and considers how closely they match the currently selected file. A score is assigned and displayed in the side panel.

In my experience, DEVONthink is smarter than I expected. In large databases with lots of files, it finds relationships I had not considered. This is especially true with aging files that were added and grouped months earlier. When I add a new file, DT quickly shows me how my old data relates. It's powerful and works better than almost any other "smart" software I've used.

Take DEVONthink for a spin and prove it to yourself. You can test drive the software for 150hrs. I think it sells itself after that.