Part of this record is broken: Twitter is great when you’re watching it. Interesting links come in that many people would never post to their blog. But when you’re not watching it, well, it’s just a dumb frog. I decided to fix this for myself.

This script reads the current Twitter timeline for the people specified in the feedList parameter. The script looks for URL’s that are not images. When it finds one it posts it to a Pinboard account with a couple of tags, the original Tweet text and the original source Tweet URL. 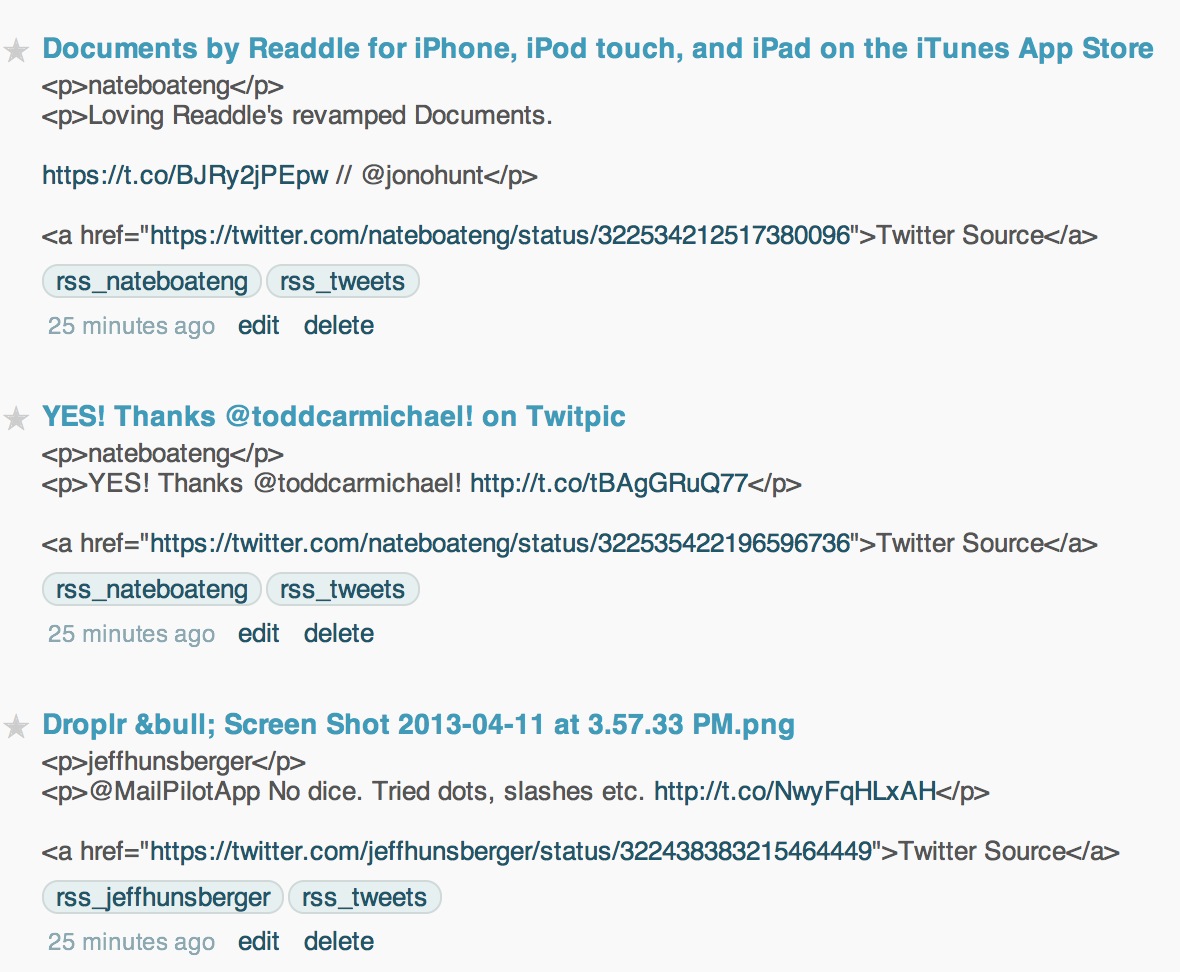 The tags are useful for a couple of resons. The first tag includes the Twitter user’s handle (for example: rss_jeffhunsberger). That way I can narrow down to see the links from a specific user. There’s also a main tag that groups all bookmarks added to Pinboard by this script.

The content of the bookmark is a little messy, but I’ll get to that later. The important part is that it is a proper Pinboard bookmark. The description contains all of the context I need from the Tweet and a link back to the original Tweet incase I need to reference it later.

How I Use It

Short Description: I read these links in RSS.

I have a few Pinboard accounts. I’m filthy with Pinboard. I have the main account that I use for almost everything. Then I have a dev account for playing around with the API. Finally, I have an unused account that I’ve been ignoring. This script posts to my unused account. All bookmarks are public.

Pinboard is great, but I usually just want to read an RSS feed. Guess what? That’s pretty easy with Pinboard. That’s also why I throw in some extra html tags in the bookmark description. It makes it look nicer in my feed reader. 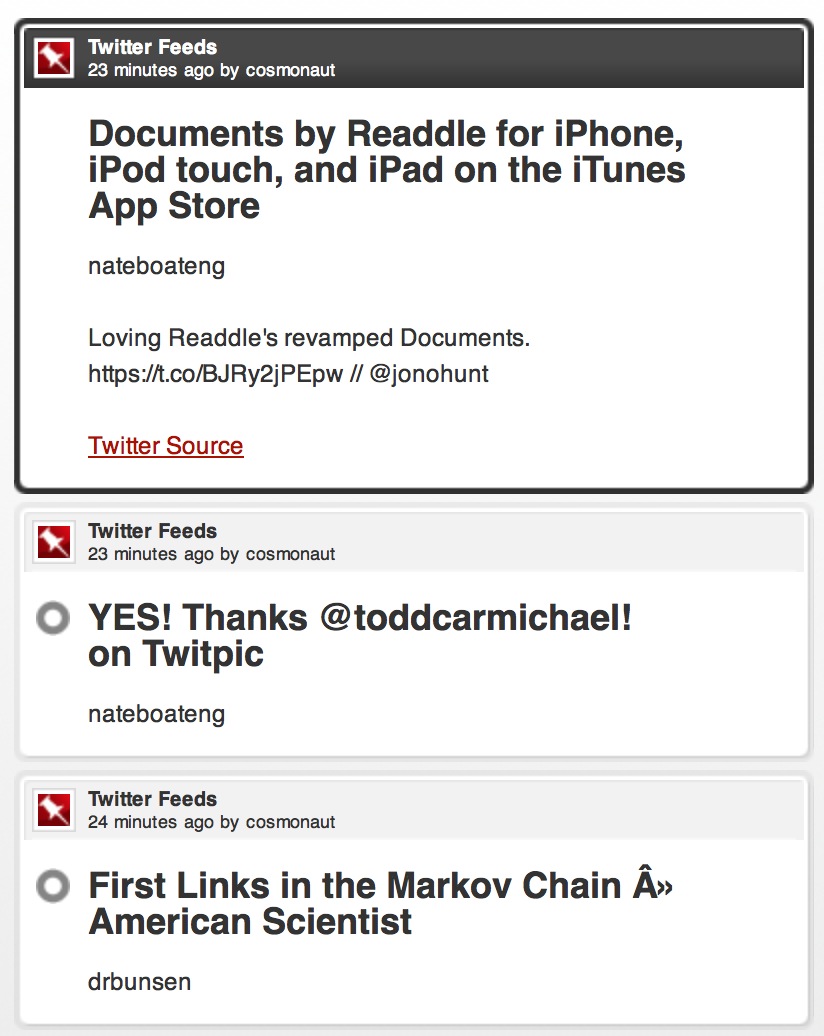 Since each Twitter account gets its own tag in Pinboard, I can also create RSS feeds for specific users. Pinboard provides RSS feed options for any tag. That’s nice.

You need the following things to use this script.

It’s a Python script that uses the Twitter and Pinboard libraries.

I’ve commented the code where I think it helps or amuses me. I’ve also put it on Github. I’ll be refactoring it to make it a bit more flexible (and pretty) and also filter out other unwanted URL types like Instagram links. The script is pretty slow and could benefit from some more effecient code. I will not update this post. Check Github for changes.

For now, I’ve connected the script to a cron job to run every couple of hours. When run from the command line it outputs the links as they are identified. Nothing special.

I mostly made this as a way to exercise some muscles that have started to atrophy during a busy time at work. I miss fiddling. But now I’m pretty happy with the results. I really enjoy the new RSS feed and not missing interesting stuff from interesting people on Twitter.