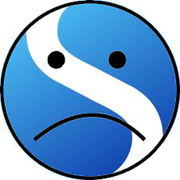 Update: Simperium have temporarily pulled Simplenote from the AppStore, pending a fix to an identified bug. I really have to say, Simplenote support is pretty stellar and yet another reason I use the service. It's still worthwhile having an alternative plan so I don't feel my time has been poorly invested.

I love Simplenote. I've professed my fondness many times and I've been a staunch evangelist. But I've recently started to have problems. As fate1 would have it, Brett Terpstra just built a beautiful and complete list of text editors for iOS.

These latest Simplenote updates have not been kind to me. I have a very large library of text notes. Something like 1800, including archived. There are at least 500 "active" notes. I noticed many months ago that the Simplenote web app was having some performance issues when I searched or created a new note. It wasn't a big deal but it was noticeable.

Friday, things went very wrong with the web app and it became unusable. Worse, it crashed the browser every time I went to my Simplenote account. The Simperium support team was very responsive and informed me that there had been an update and that I had an unusually large collection of notes. I was assured that the problem will be fixed in the future and that there was no known maximum for the number of notes. Uh-oh number one.

Luckily, I have NVAlt doing a Simplenote sync to Dropbox for me. That means that while both the iOS and Web app were inoperable for Simplenote, good ol' NVAlt saved my notes. Well, NVAlt showed that Simplenote was duplicating notes and content. Uh-oh number three.

It was more like "oh shit" since it would be difficult to know what notes, out of 1800, were changed. After some Dropbox detective work, I figured out which notes had been changed and restored them from Dropbox.

There are two main reasons I use Simplenote.

With so many issues with Simplenote at the same time, I'm looking to mitigate my risks. What if Simplenote just stopped working for me? The majority of posts to Macdrifter.com happen through Simplenote. My Simplenote collection is my external brain. I need to keep my options open. I need to see other apps. It's not you, it's me.

I'm an oddball when it comes to tags. I do not tag files other than my Simplenote documents.2 Brett Terpstra has an impressive system of tagging that I occasionally envy, but I stopped tagging the first time my OpenMeta tags disappeared after backing up to an NTFS (or maybe it was a FAT32) drive.

But I've been less worried with Simplenote for some reason. Perhaps because the number of files is small. Perhaps it's because the tags were preserved in both Simplenote and OpenMeta so the redundancy feels safer. I actually think it's because I only need to concern myself with a specific set of tags: the tags that associate notes with their context.

I use a system of tags that I've described briefly before in the context of Pinboard bookmarks. It's not fancy.

I can use NVAlt for tags on my Mac, but I've had little luck finding an iOS writing app that supports the same tags. This isn't a significant problem because my tags are all preceded by an "@" or by an underscore. As long as an app supports file content search across all documents, I should be able tag within the text body.

I have considered several options for automatically converting tags in the note header to OpenMeta tags but I'm skeptical. Some of the chatter on the Hazel 3 forums, in particular, makes me question the future of OpenMeta. Not to mention the CLI tools are almost three years without an update.

Searching in All the Wrong Places

Simplenote search is great. It's fast on iOS and works across all notes and content. It's so good that I really only need a small number of tags to group notes. I can find everything else with the search function.

Most Dropbox based iOS text editors only search note titles. My note titles only contain the broad subject. I can not possibly put all contextually relevant information in the title.

A couple of iOS apps provide similar searching across a Dropbox folder of text documents. I've tried WriteUp, Notely and Notesy. Notesy is the closest to Simplenote functionality and performance. Unfortunately, my iOS editor of choice, Nebulous Notes, only searches across notes stored on the iOS device.

I use the Simplenote Web interface every day. I've used ResophNotes for Windows but the Simplenote web interface is very good. If I move all of my notes to Dropbox, I have very few options on Windows. My employer rightly prohibits Dropbox on company computers.

If I want access to my notes on Dropbox over the web, there is only one option as far as I know: TextDropApp. Luckily the app looks very good, even if it is missing some of my favorite Simplenote features. Primarily, the app is missing the full text searching and sort by modification date. So far I like what I see though and it's only $5 per year.

So today I am left with a couple options.

I want to emphasize that the Simplenote support has been great. Up until this weekend I have received exactly what I paid for. I think I am an edge case with 500 active notes and 1800 total notes.

I've opted for option #3. My Simplenote subscription is still active and I'll get the update when it comes out. I'm hesitant to continue to mess with my corpus of notes and risk destroying records or contaminating content.

I've reinstalled Notesy since it has full text searching. The app has improved significantly since the last time I tried it. I still prefer to write in Nebulous Notes but Notesy is a good overall replacement for Simplenote. I've already updated my Simplenote blogging tools to use only Dropbo. I can post from Notesy or Nebulous Notes directly to Macdrifter.com. Yup, this post was made from Notesy.

My final question: Who do I need to bribe, kill or marry to get NVAlt for iOS? 3