Given my preference for Python and my previous experience with Natural Language Processing, I decided to implement something similar through a Keyboard Maestro trigger.

I have a macro that pops up a text box and asks for the date language you would like to interpret. Apparently KBM does have a leg up on TextExpander, in that it can accept input to a shell script or applescript. KBM truly is a fantastic tool.

I ended up with a really easy workflow that seems to work everywhere.

I type a string and hit return. 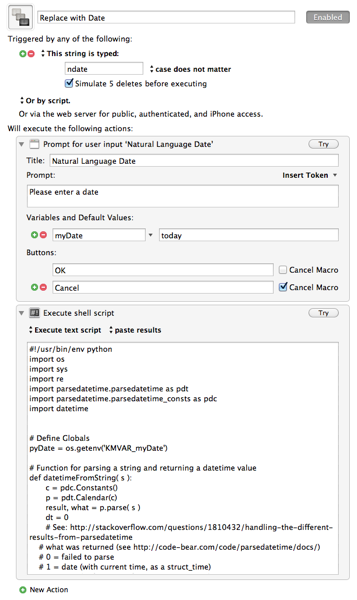 Here's the shell script (mostly python) that does all of the work. Don't forget the hash-bang at the beginning.